We talk to Philippa Gregory about the future of historical fiction 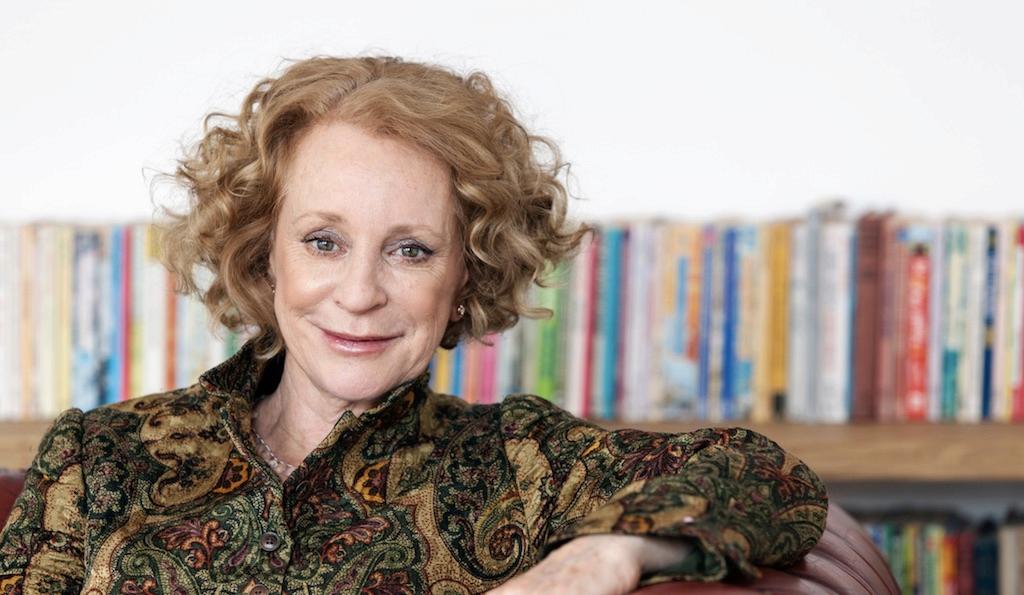 Princess Leia (Carrie Fisher) made cinematic history with her promotion to General of the Resistance, but precedents of ladies leading rebellions are in the archives – if you know where to look.

Historical novelist Philippa Gregory champions the untold stories of women outside of the coronation spotlight. The talented writer and researcher offers a rich insight into her-story. From The Other Boleyn Girl to The White Queen, Gregory's scores of bestsellers span centuries. Her tales tackle violent uprisings, salacious rumours, and transform forgotten female figures into powerful characters.

We sat down with the author to talk about everything from big data to her creative process. Read on for her research anecdotes, insights into 'incredible women', and some top-secret information about her upcoming book. 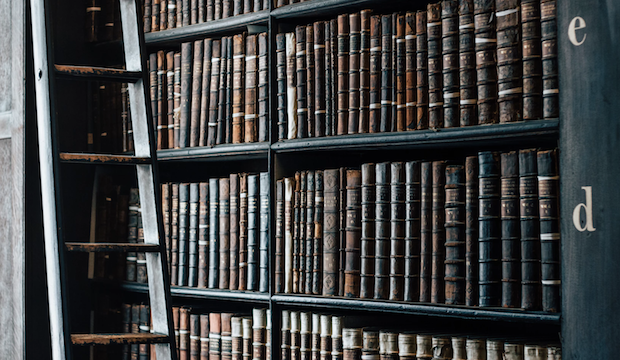 Culture Whisper: So, have you read any good books lately?
Philippa Gregory: I’m reading an old George O’Hare novel for fun, but I’ve mostly been reading books about women in the medieval period, particularly Jewish women in Europe during the Middle Ages. I tend to mostly read proper history books, but now and then I’ll pick up some pure fiction.

What does your daily writing regimen entail?
That depends on whether I’m at my home in Yorkshire, or if I’m travelling. My daughter is in the Midlands and I have a lot of appointments in London, so I write a lot on the train.

If I’m at home, I get up in the morning and I usually ride my horse first thing – if the weather is nice, of course, like today. I did some writing, and now I’m talking to you. Then I’ll probably write until about 6 o’clock and then have dinner. Then I’ll usually stop and read for about an hour or so before watching some junk television. I’ll usually read again right before bed.

What is your research process like? Do you like to start with archives, libraries, or online resources? Has the way you conduct your research changed over time?
I mostly reference secondary histories, and a lot of the state documents have been transcribed and published, so you can just get them online. We complain about the internet a lot, and yes, there are very good reasons for concern, but for someone so completely dependent on the written word, it’s so transformational and extraordinary. You can find unpublished theses, you can read works held in New York or California – it’s so liberating!

When I was working on my PhD, I had to travel around the country to look at historical documents, but the world changed completely with research going online. If you wanted to read something held by Oxford, for example, you had to apply for an inter-library loan and wait for it to be approved before you would be allowed to read it. When I wanted research from the catalogue library, I had to get in my car and trundle down to Bath. You had to travel to places you didn’t know whatsoever. It’s extraordinary to think about now.

You make it sound like detective work!
It was very much like detective work, especially when writing historical fiction. There’s a gap in the records where no one can agree what happened, and you find some really original thinking. Then, I come to it with different prejudices and reach a different conclusion – that’s when history is at its best.

What's a fascinating piece of information you've come across recently in your research?
Recently, I’ve been working on the late Tudor period. A real standout is from the Peasants Revolt. Now, normally everyone said it was headed by Tyler – but as I was looking through the accounts, I discovered that there were three or four named, and very affective, women commanders working alongside him and leading the revolt. Eventually, eight or nine women were pardoned in the pardon rolls. This means they had enough money to pay for a pardon and were literate enough to apply.

There have been female revolutionary leaders throughout all of history, and it’s not that I’ve discovered them. It’s that no one had really noticed them. 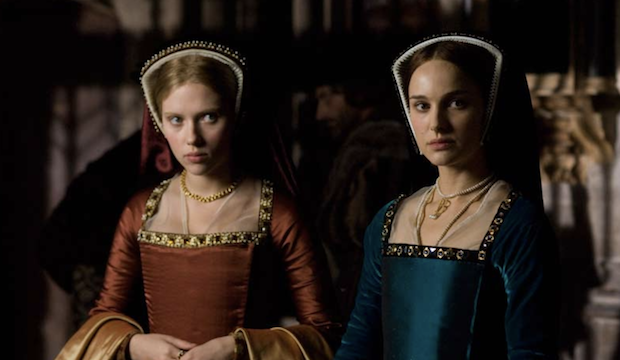 The Other Boleyn Girl

Has watching screen adaptations of your work changed the way you think about constructing a narrative?
No, because when I’m engaged in writing a novel – and it might sound ridiculous – but there’s so much to do. You have to figure out the chronology and history. If I’m speculating, then I’m clear what I’m speculating about. Writing a good historical novel is full time job, and there’s no time to think about how it might be adapted. I never even think about the readership in the first draft.

You seem to be particularly attracted to strong female characters, who try to assert their individuality in times when women were perhaps not expected to do so – is this the right way to look at your female heroines?
I’d challenge the premise of that. I’m interested in the history we don’t see because it’s not shown to us. Every woman since the birth of time has tried to keep herself safe, to get her own way, express her feelings, and develop her own relationship to spirituality.

These are completely normal, commonplace attributes for women. What we assume is that since we only hear about the truly exceptional ones, that they’re the only women trying to assert themselves. For every Anne Boleyn who married the King of England, there were many more women like Mary Boleyn who didn’t – but still got the life she wanted. History doesn’t record her, but it records the average men. We think she didn’t exist, but she was amongst a generation of ambitious women in court: arranging marriages, having children, developing relationships with God, and choosing religion at great risk to themselves. If you look further down the class structure and across race and religion, there are all kinds of women making their own choices in courageous ways – but they aren't recorded.

My job, and the job of any good historian, is to look at these marginalised lives. When we record them, we will stop saying things we currently say about women: that they had no spiritual life, no legal rights – lots of Tudor women had established legal rights for themselves.

Spooling forward a few centuries, would it be right to see the #MeToo movement as a kind of natural historical evolution?
Yes, absolutely. #MeToo arises from circumstances unique to the time period. You can already trace the history, as the movement started from a very clear incident. There’s a global movement that is clearly a response to a particular circumstance at a particular time. What really matters is that the movement transcends and outlasts the scandal. 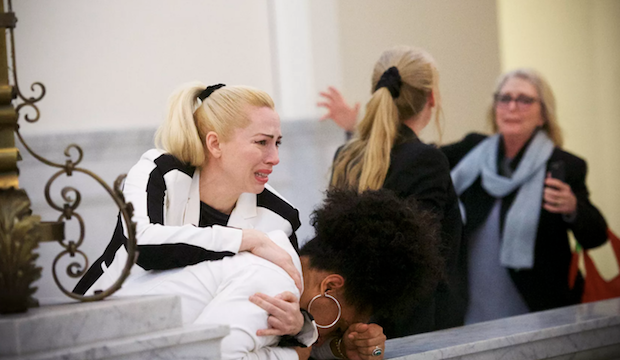 As a historian, what do you think about Big Data? Do you think historical novels of the future will be based on Facebook messages?
In my experience of writing historical novels, I look for what no one is observing: what the women are doing. Through the documents we can find that out, although it is difficult. But I think we’ll get to a point where we’ll do more analysis of people that aren’t particularly visible to the here and now. Subcultures, secret histories.

In the future, we will certainly sort through all the recordings. That will, in turn, produce a different source of history – extraordinary mass observations like never before. Of course, that will cause unique problems: everyone on the internet loves pictures of cats. How do you turn that into a personal dilemma or story? It’s a similar question posed by writing a novel, only with very different sources to draw on.

Are you working on any new books?
Yes, I’m working on a new novel: a series centred around a poor family in West Sussex in the 1640s. It’s a bit of a different period and setting. I’m also writing a screenplay for Taming of the Queen.

I'm also working on a nonfiction book. It’s going to be called A Brief History of Normal Women, which is a joke, as it is not going to be a brief history. It is absolutely enormous. If you’ve discovered so-called ‘extraordinary’ women who have managed to make an extraordinary record, then you have their mothers, sisters, and cousins who are ‘normal’ women.

When we hail someone as a heroine, and call them an extraordinary woman, we take them out of our gender. A woman rose to glory in certain circumstances. That’s normal behaviour – for a woman. You don’t really exalt them for what they’ve done. What’s significant is that these records were made by men.

This perpetuates the difficulties that all women experience when we have to self-validate. We don’t need a man to say, ‘you are an extraordinary woman!’