If you've splashed around in London’s outdoor pools and are looking to take a dip somewhere a little more wild, it could be time to take your love of swimming to fresh waters. What’s more, you only have to head a short way further to lose the crowds.

Here are several spots for open water swimming that are lesser known, a little more wild and all reachable in an hour-and-a-half. Strip off, wade in and cool down. 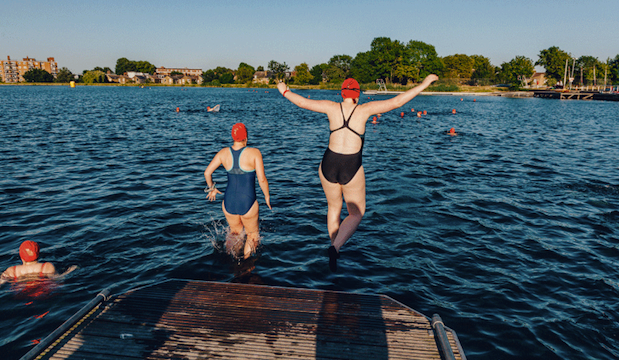 Hackney’s West Reservoir Centre might be better known for its water sports (the centre holds certificated sailing and kayaking courses), but between spring and autumn, the vast 30-acre site provides the wildest swimming you’re likely to find in London. The site is managed by Better leisure centres, and is monitored to ensure the waters remain safe and clean.

Facilities are basic: there's a cold shower to freshen up under after your swim and open changing facilities both indoors and out. Swimming caps are compulsory (but can be bought on site) and those who aren't wearing a wetsuit must swim with an orange float attached (provided free of charge). 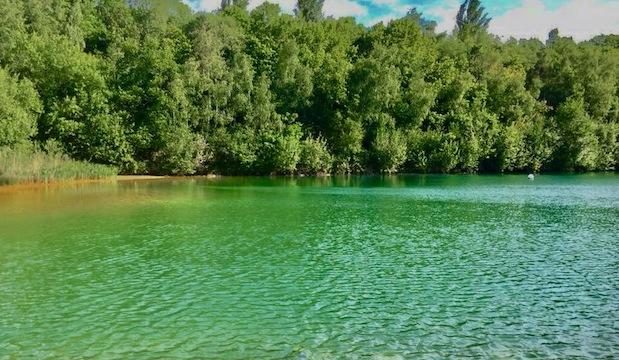 Thanks to its positioning on a former sand extraction site, Divers Cove in the picturesque village of Godstone boasts turquoise waters that, when twinkling in the sunlight, look like they belong in the Mediterranean. The 7.3 acre reservoir boasts two circuits – a 450m and 650m – for swimmers, both marked by large bouys. You’ll warm up in no time following your swim, thanks to the heated changing rooms and onsite café serving hot food and drinks.

It’s safety first at Divers Cove. The site is watched over at all times by two fully-trained lifeguards: one on the pontoon and another out on the waters. Swimmers are also given compulsory wristbands – loaded with their personal details, medical history and emergency contact information – which alert the staff to who is in the water when, which also allows you to track your swim for training purposes.

How to get there: 40 minutes by train from London Bridge to Caterham, then 10 minutes on the number 400 bus. Or just off Junction 6 of the M25, and easily found on the A25 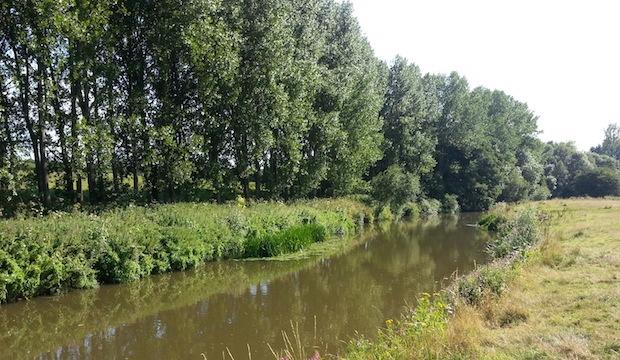 If it’s a truly wild, lesser-known swimming experience you’re after, you’ll find one by heading to Ensfield Bridge near Tonbridge. Wade into the River Medway here and you can swim for roughly half a mile in either direction. Don’t be put off by the steep banks and peaty river beds, the latter will do wonders to cool your feet on sweaty summer days. Once done, dry off on the grassy banks and enjoy the tranquility you wouldn’t find at your nearest lido.

How to get there: 30 minutes by train from London Bridge to Leigh Station 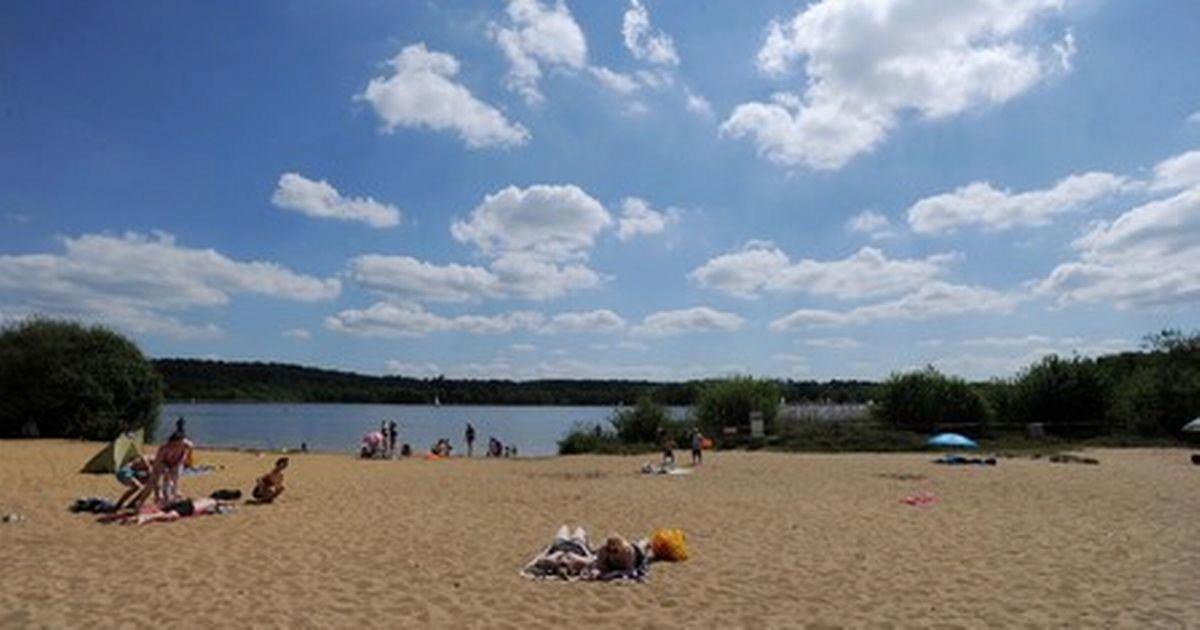 For a family-friendly wild swimming experience, our pick is Frensham Great Pond in Farnham. This wide open lake is flanked by two natural sandy bays, each offering ample room to set up camp for the day and enjoy a picnic between dips. As you wade out into the lake, the calm waters stay shallow for several metres too, making it a safe place for paddling with tots.

There’s a café and ice cream van on site, as well as changing facilities, loos and a car park a short walk from the ‘beach’ – all of which make Frensham an easy location for a day trip. The only downside? Expect to find the pond and heaving with others on warm summer days.

How to get there: Frensham Great Pond is a 1h 30-minute drive from London. A green flag marks the site

Read more ...
WHERE
Between Farnham and Hindhead on either side of the A287 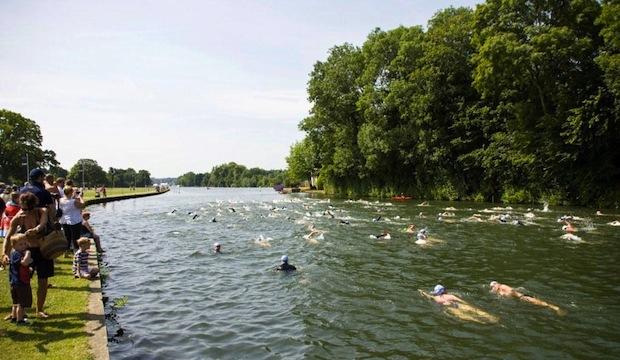 Love the idea of wild swimming but need others around you or a competitive element to throw yourself in? Henley Swim Festival – currently scheduled for 10 July 2022 – offers just that. The 2.1km upstream swim takes place at dawn and sees around 100 swimmers take on the Henley Regatta rowing course. Known as the Henley Classic, the now-annual swim was inspired by two ex-rowers, Tom Kean and Jeremy Laming, who in 2004 swam the regatta course one morning at first light. 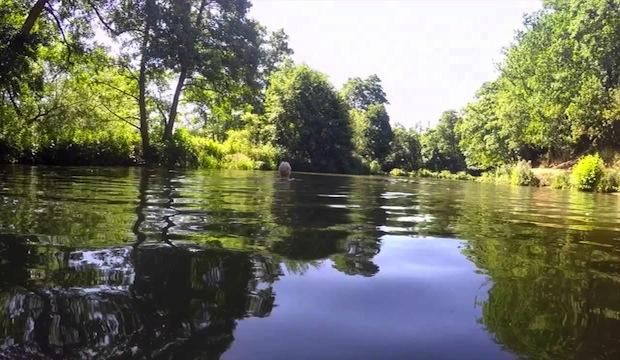 Hoping to tie in a walk with your wild swim? Head to Chilworth, from where you can walk the eight-mile stretch to Guilford, passing pretty villages before joining the Wey Navigation, where there are several recognised spots for swimming in the River Wey. The first comes just beyond the Manor Inn (look out for a small sandy beach). The main one, though, is closer to Guilford; here you’ll find a larger beach and steep, sandy bank. If you don’t fancy a full immersion, head to the Farncombe Boat House in Catteshall and hire a rowing boat or canoe instead.

How to get there: 1h 8 minutes from London Bridge to Chilworth Station. From there, make your way along the river and look out for places to jump in. 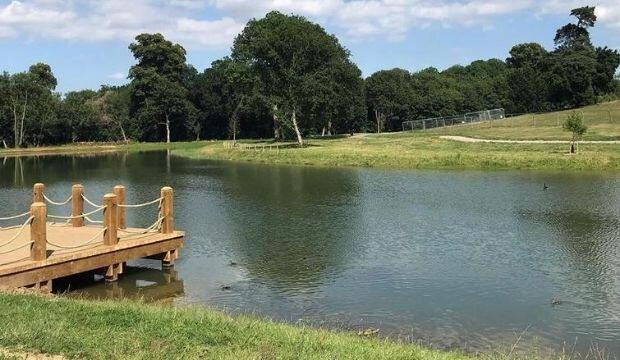 For decades, south Londoners have had to trek north of the river in order to enjoy a taste of fresh water swimming without leaving the city. Now, they can head in the other direction thanks to renovations which have transformed a Georgian lake in Lewisham’s Beckenham Place Park into a swimming destination.

The lake is around 285 metres long, 48 metres wide and 3.5 metres deep at its centre. The renovations included fitting the lake with an aeration system, a sandy beach to wade in from and a jetty for those feeling brave enough to jump. A café is being built a stone’s throw from the lake, and plans are also underway for the lake to play home to a programme of water sports. As of yet, there are no permanent changing facilities on the site. 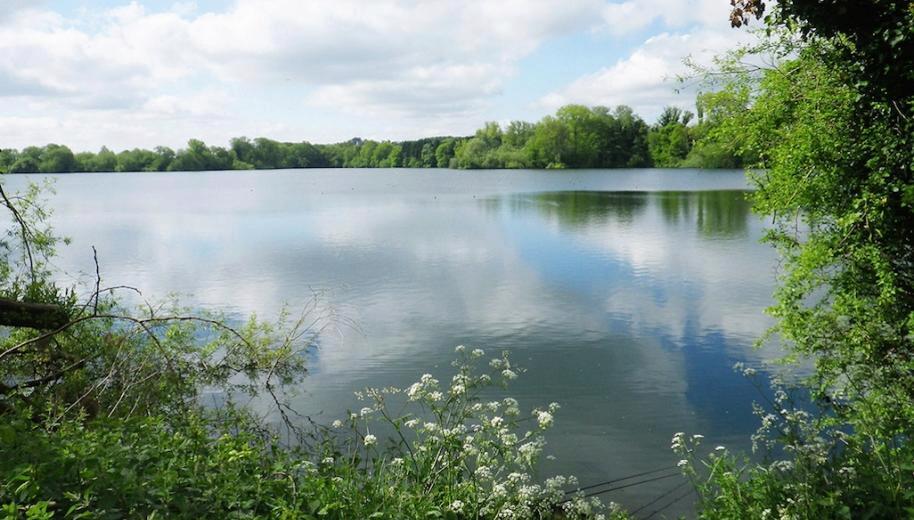 Up for a day trip? Go rogue with a visit to London’s outer western margin and plunge into the wilderness at Denham Lake. The pines of Denham Country Park, which enclose the natural lake’s vast stretch of cool water, contain plenty of pubs and picnic spots ready to be discovered. Swimming isn’t the only thing on offer: guests can also book individual or group waterskiing and wakeboarding sessions with the Denham Waterski Club.