The most beautiful walks in the UK 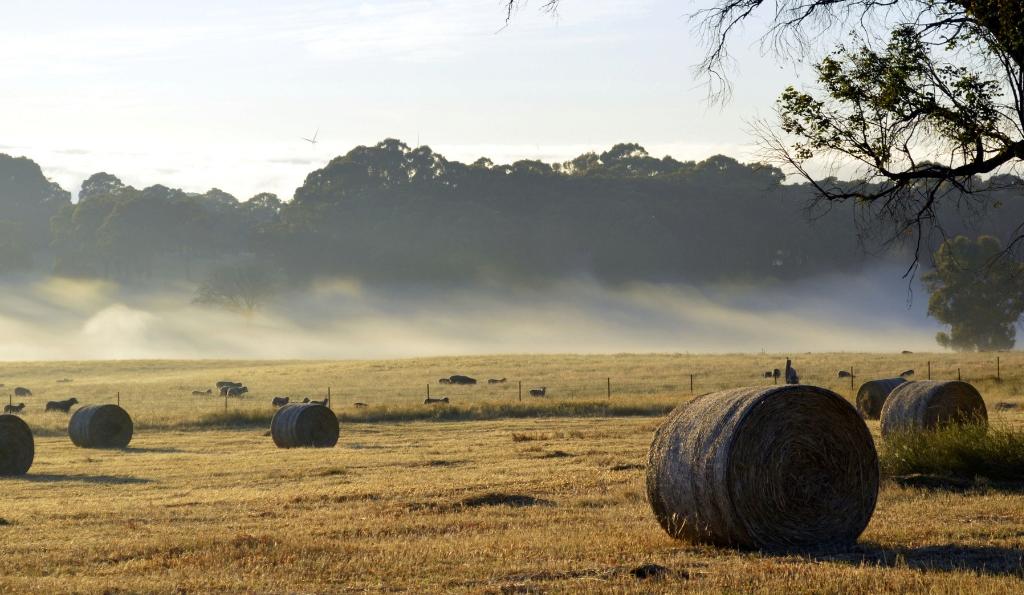 The most beautiful walks in the UK
Take a step away from the hurly-burly of metropolitan life and treat yourself to a healthy walking weekend in some of the UK's most beautiful countryside. From rugged coastlines and imposing mountain ranges to bleak moorland and chocolate-box villages, make the most of the great outdoors with seven of the best walks in the UK.
Southwest England
North Cornwall – Port Quinn to Port Isaac return 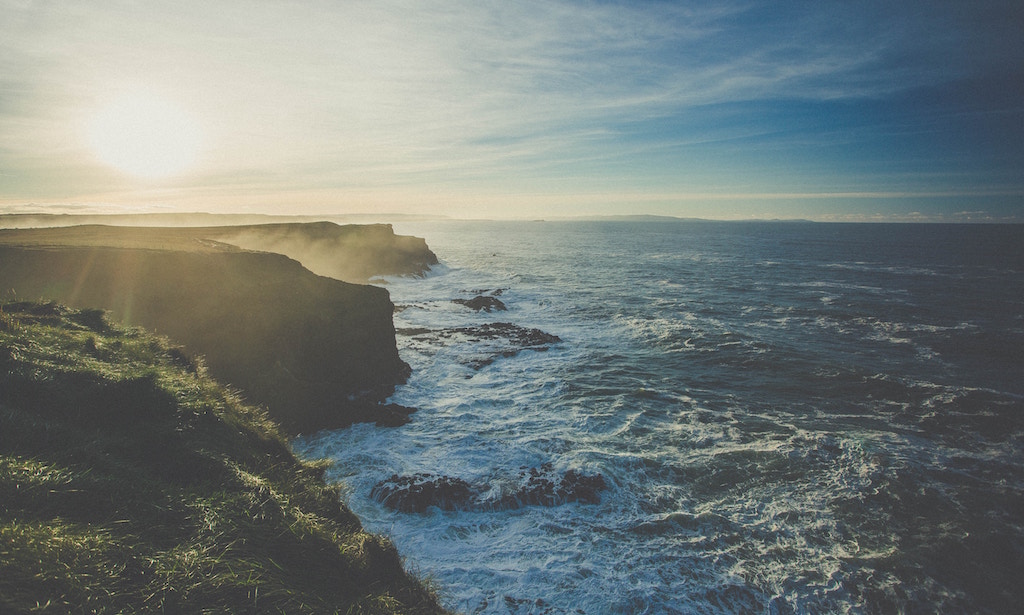 For a blustery north Cornish clifftop walk, head to the small village of Port Quinn, located just a few miles from the better-known tourist resorts of Rock and Padstow. A car park next to a grouping of old cottages around a small pebbly bay marks the start point. Take the steep cliff path in the direction of Port Isaac for maximum scenic value – there is an alternative cross-country route that is shorter and less challenging, but also less spectacular.

The coastal path winds steeply up, down and around four or five coves along the way, making for a somewhat gruelling walk, but the breathtaking views across the sea towards Tintagel are rewards for your efforts. It’s worth noting that the coastal path is just a few metres from the edge of the cliff, so it’s not a walk for anyone with a fear of heights, nor is to be undertaken in strong gales.

When you reach Port Isaac, there is plenty on offer by way of refreshments. Doom Bar bitter is the local brew, and fresh seafood is served in the two pubs immediately behind the harbour. Just remember that you will have to retrace your steps! The walk back may seem even more challenging than your outward journey now you know what lies in store. But again, the views across the sea – this time towards Trevose Head – make it worthwhile.

For those wishing to make a weekend break of it, the nearby boutique St Enedoc Hotel is a charming 20-room hotel in Rock, boasting comfortable rooms, (most of which have great views across the Camel Estuary), and delicious, locally sourced food.

Distance: 6 miles (about 3 hours of walking) 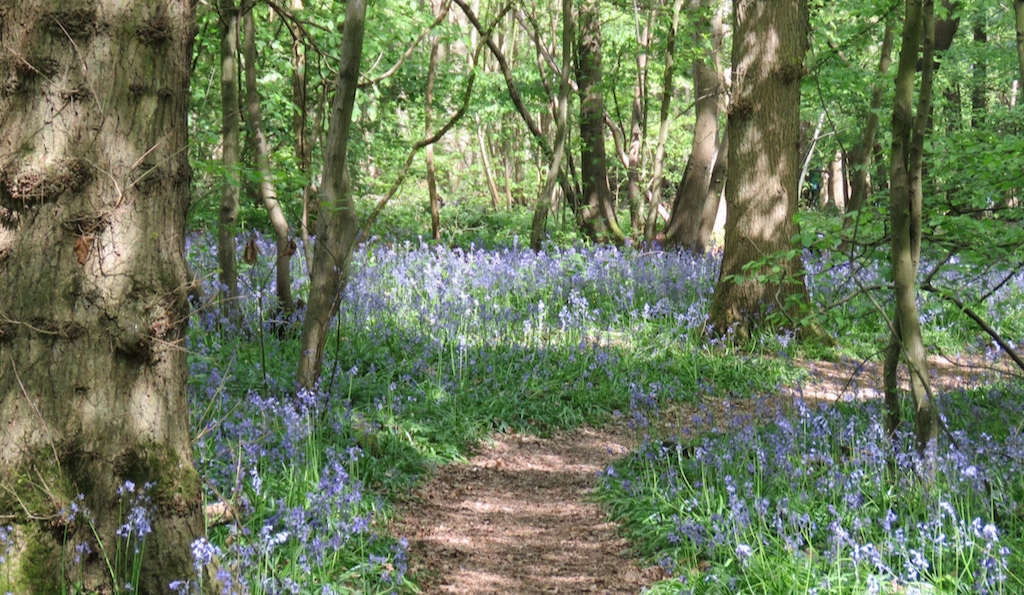 Offa’s Dyke is a beautiful 177-mile National Trail through eight counties and three Areas of Outstanding National Beauty, including the Wye Valley. The Chepstow to Hay-on-Wye section of the walk takes three days to hike (around 17 miles per day), and offers glorious views over the much fought-over Welsh borderlands. The beauty of this walk lies in its diversity of scenery and terrain.

Day one takes you from Sedbury Cliffs, near Chepstow, to Monmouth. This scenic route offers plentiful points of interest, including Chepstow Castle, the oldest surviving post-Roman fortification, and the majestic ruins of Tintern Abbey, located near Devil’s Pulpit. In between, you will find yourself walking along a high ridge which offers spectacular views over woodlands, carpeted in wild garlic and bluebells in the spring. Openings in the woods give glimpses of the River Wye, beside which you can stop for lunch. After roughly eight hours of walking you will arrive at the thriving market town of Monmouth, where you can stay in the King’s Head Coaching Inn, which offers good value and very comfortable accommodation.

Day two (from Monmouth to Pandy) brings a very different scenic feast with its rolling green countryside and apple orchards. This part of the trail passes White Castle, a Norman monument, and a mound marking the site of the old Abbey Grace Dieu, a small Cistercian Abbey established in 1226. Stay overnight in Allt Yr Ynys, a 16th-century manor house, beautifully located in the foothills of the Black Mountains – less than 1km from the village of Pandy.

Day three provides another contrast in scenery as you walk on the bleak tops of the Black Mountain range. Along the way you will see Llanthony Priory, founded by Augustinian canons in the 12th century. On a clear day you can see all the way to the Brecon Beacons National Park, an area of spectacular natural beauty. At the end of the day’s 16-mile hike, descend via a sharp escarpment into Hay-on-Wye. Try the Swan Hotel, which has comfortable, newly refurbished rooms and great local food, for a well-deserved rest. 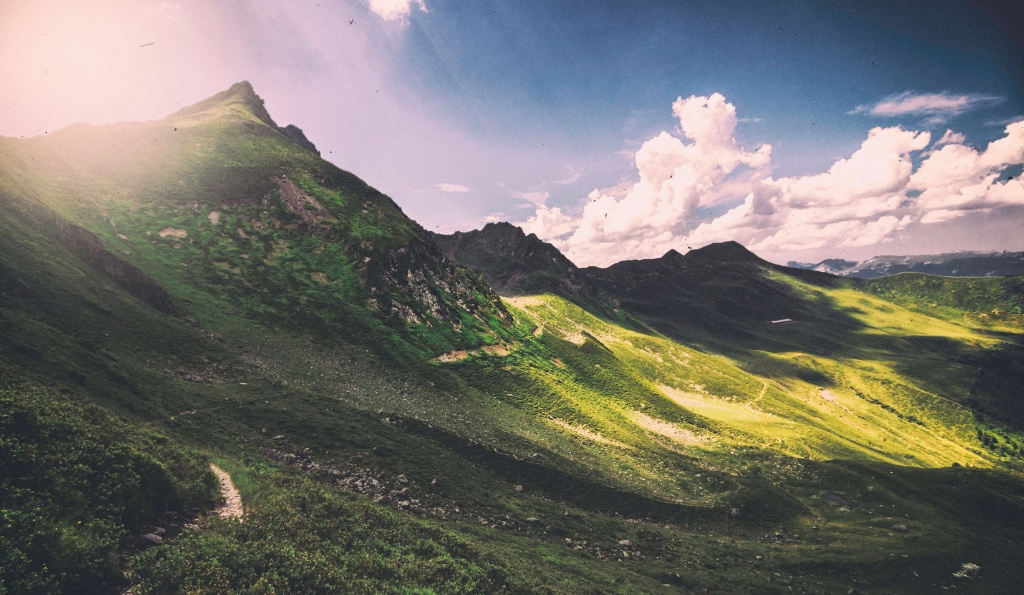 For some of the finest views in the country, and a satisfying four-hour ramble with a good lunch at the end of it, few walks can beat Sutton Bank to Osmotherley along the western edge of the North Yorkshire Moors. Setting off from the car park at Sutton Bank, head north along the top of the Whitestone Cliffs, which boast fabulous views down towards the mythical (some say bottomless) Gormire Lake. The views across the Vale of Mowbray towards the Yorkshire Dales are only briefly interrupted by the woods at Sneck Yate. Once through the woods, join the wide Hambleton Drovers road and from there, onto the moor.

Eventually you will reach the pretty village of Osmotherley. Here you will find the 18th-century inn The Golden Lion for a well-earned lunch and maybe an overnight stay. 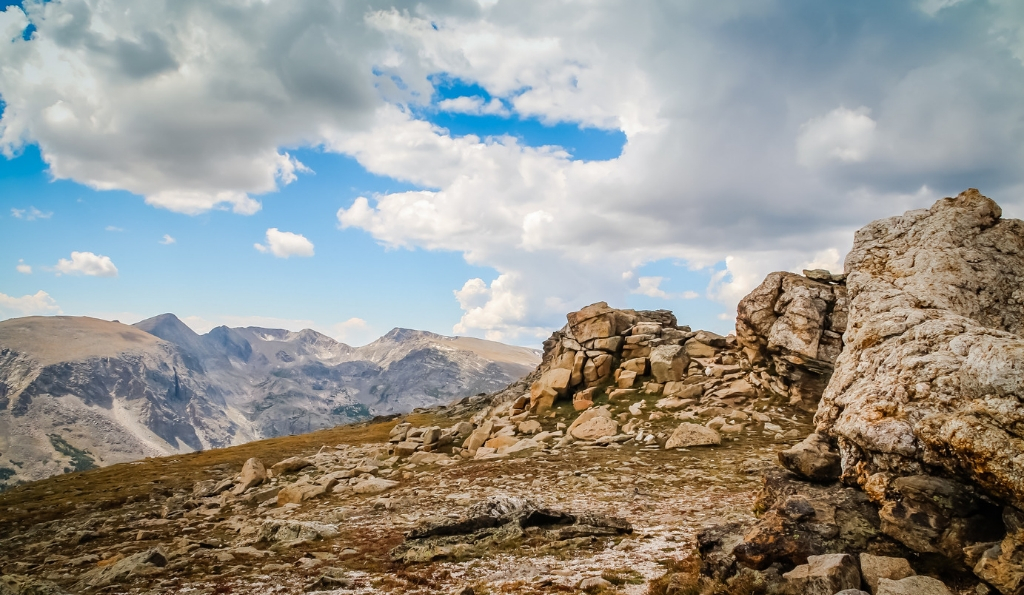 The Peak District is home to some of the most splendid scenery in the UK. This walk starts in Trentabank car park in Macclesfield Forest, once a royal hunting wood, and follows a circular route over Shutlingsloe Peak, Wildboarclough and Oaken Clough before returning to Trentabank reservoir. The walk meanders across wild upland countryside, which is dotted with stone walls and farming barns, towards a prominent hill called Shutlingsloe, or 'the Matterhorn of Cheshire', which is the second highest peak in the county. The climb to the top of the peak is demanding but short, and leaves you pleasantly puffed rather than seriously sweaty.

From the top of Shutlingsloe, on a reasonably clear day you will have sweeping views of the Cheshire countryside to the west (with Manchester visible in the distance), and the majestic hilltops of the Peak District to the east. Dropping down from the summit, continue on a path hugging the hillside in the shelter of Wildboarclough back to Macclesfield Forest.

A trip to the Brewery and Ship Inn at nearby Wincle is highly recommended for a refuel at the end of your walk. 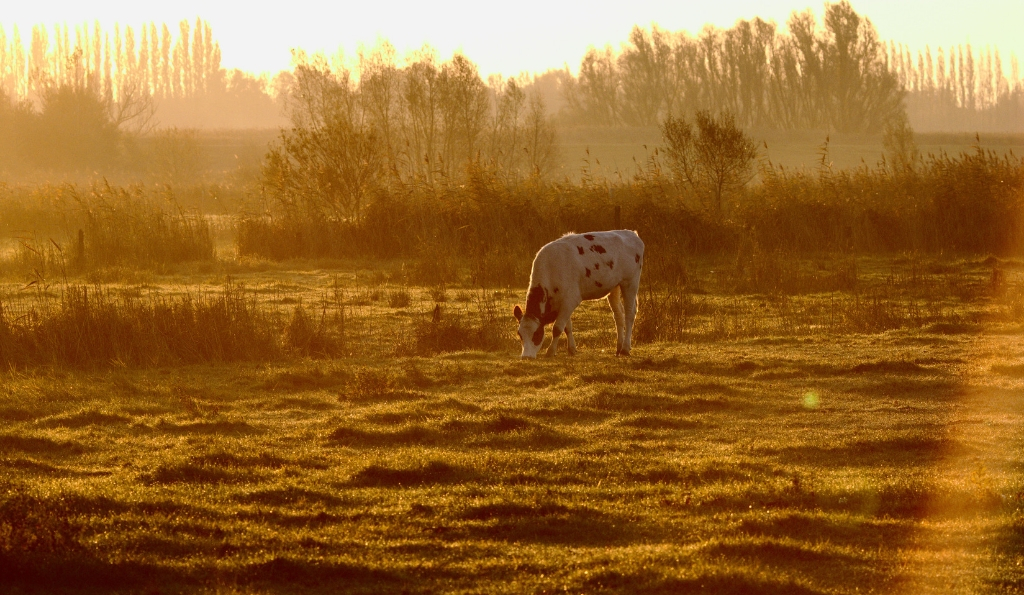 Start at Manningford Halt station and make your way to the banks of the River Stour. Walk over the Cattawade marshes, where the freshwater Stour meets the tidal estuary, then towards the tiny hamlet of Flatford, famous for its depiction in several of Constable’s most renowned paintings. A small detour will take you to Willy Lott’s house by the banks of a stream. Constable depicted this picturesque cottage in The Hay Wain (1821), which now hangs in the National Gallery in London. There is a National Trust tearoom in Flatford housing a small Constable exhibition, where you can learn more about the painter and his works.

Continue over riverside meadows from Flatford to Dedham, where Constable went to school. The views over the Vale of Dedham inspired the painting The Cornfield (1826). The village of Dedham is also home to St Mary’s Church, which still houses the most famous of the painter's religious works, The Ascension (1821). On leaving the village, make your way back to Willy Lott’s House (Bridge House) in Flatford and then retrace your footsteps back to Manningford Station. Try Hobson’s Deli and Café in Manningford for a fresh and wholesome meal. 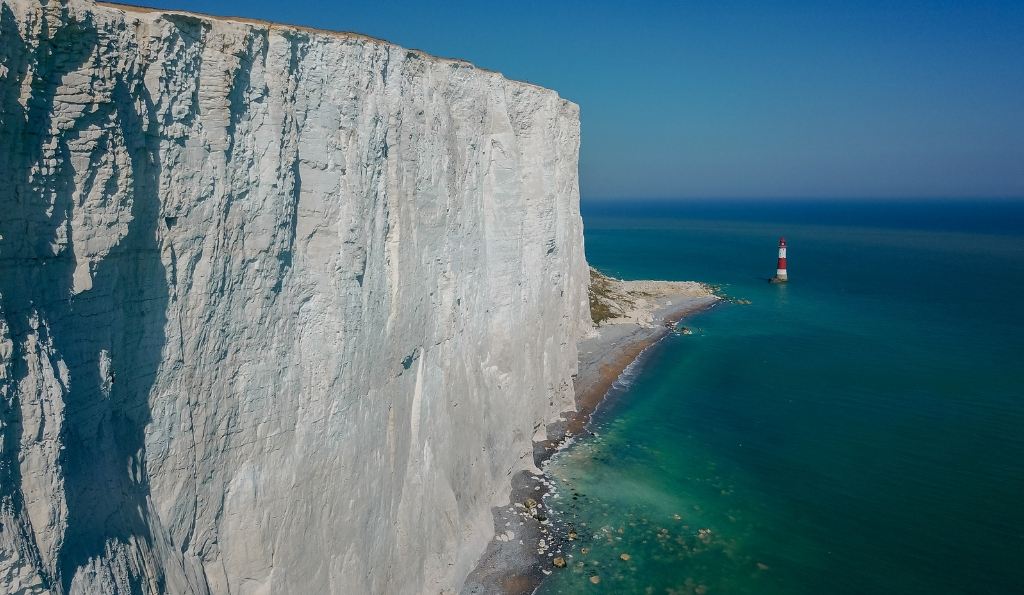 Just an hour-and-a-half’s drive from London, this South Downs walk offers sweeping downland views and rugged clifftop scenery. The trail is a circular five-and-a-half-mile walk, which starts at a quaint 15th-century pub, the Tiger Inn in East Dean. Begin the hike either in a clockwise direction, taking a footpath leading south over Went Hill towards Birling Gap, or in an anti-clockwise direction taking a path west towards Crowlink and Flagstaff Point. In both cases, the sweeping views over fields towards the coast are enormously rewarding. Walk towards the coast and along the pathway towards the well-trodden but spectacular stretch of coastline known as the Seven Sisters.
To make the most of the chalk cliff view, walk beyond Birling Gap and past the lonely Belle Tout Lighthouse, before returning inland and looping back north to the little village of East Dean.
The Tiger Inn offers terrific home cooked food, log fires, and a welcome pint after your hike.
Distance: 5½ miles (2½ to 3 hours)
Effort: moderate 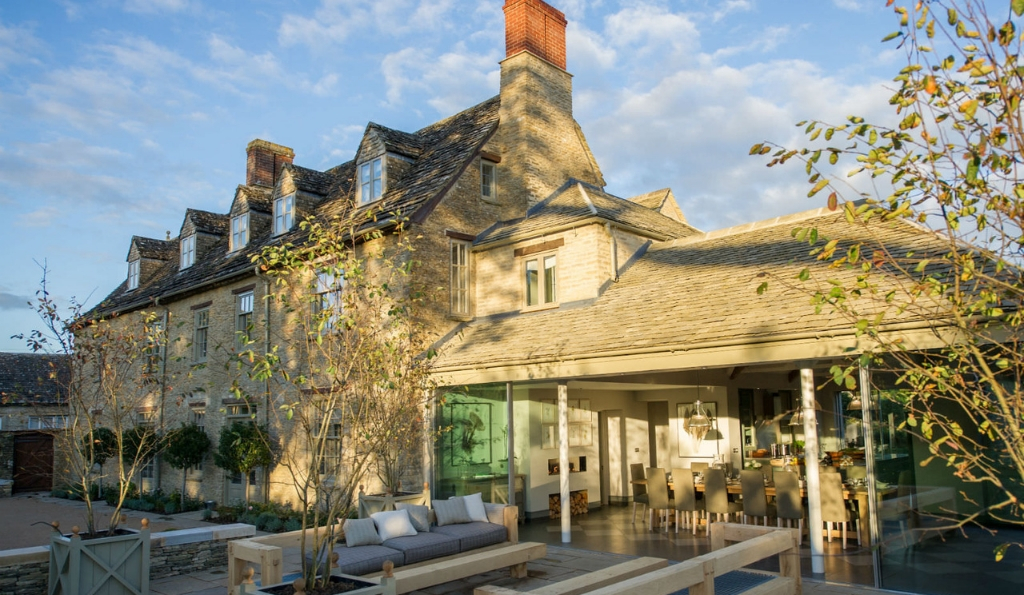 The Cotswold Way stretches 100 miles through rolling hills between Chipping Camden, one of the most beautiful villages in England, and the Roman city of Bath. The full walk can be undertaken in 10 days, but can be broken down into manageable circular chunks. One of the best parts of the trail is the Winchcombe to Belas Knap route.

Start your walk in the charming village of Winchcombe and make your way over the River Isbourne to join the Cotswold Way. A leisurely stroll of about one-and-a-half miles through gently undulating meadows leads you to woods at the top of a hill. Continue with a steep climb to the Neolithic burial chamber known as Belas Knap. It is well worth the effort – early excavations of the burial chamber took place in 1863 and since then, hundreds of human bones have been recovered, dating back 6,000 years. The mound of the burial chamber is a good spot from which to view the surrounding area.

As you make your way back to Winchcombe you can clearly see Sudeley Castle, with its magical gardens and centuries of royal history, nestled in the heart of the Cotswolds. It is well worth a visit if you have time. For a well earned meal or a comfortable stopover, stay at The Lion pub in Winchcombe. Or for a real treat, indulge yourself with a night at Thyme Southrop with its luxurious spa and fine dining.

Effort: moderate with some steep climbs