The best walks in London for reconnecting with nature

Savour the sunshine and get a dose of fresh air: these are the best walks in London for dreamy greenery, stunning vistas and spring florals 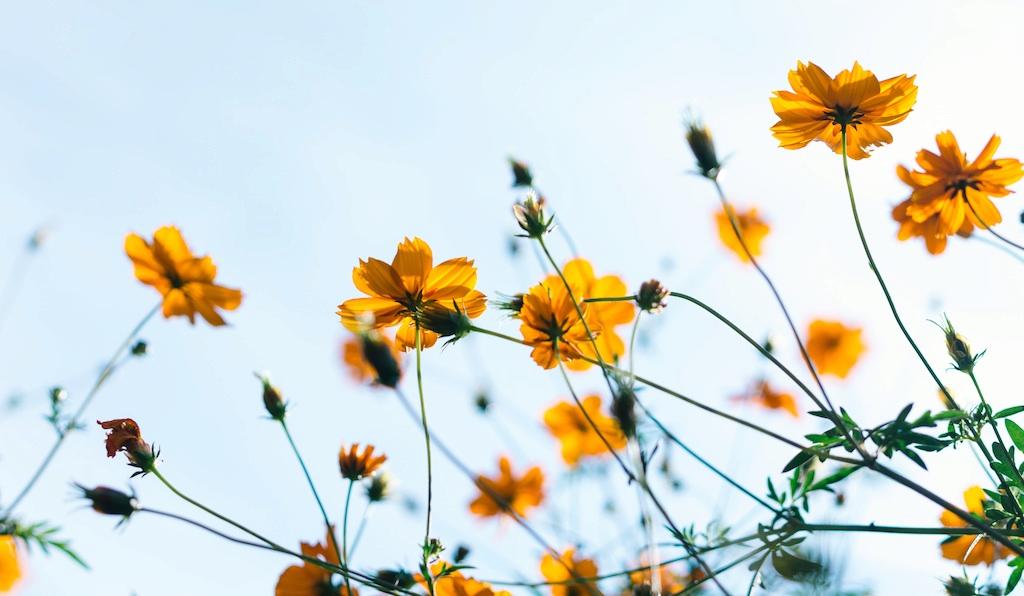 The best walks in London this spring
Feeling cooped up after the long winter months? You don't need to leave the capital to find a pretty view or get lost in greenery. Stay in the city and explore some exceptional pockets of nature nestled inside the urban jungle. These are our favourite walks in London for a dreamy greenery, stunning vistas and spring florals.
Panoramic views 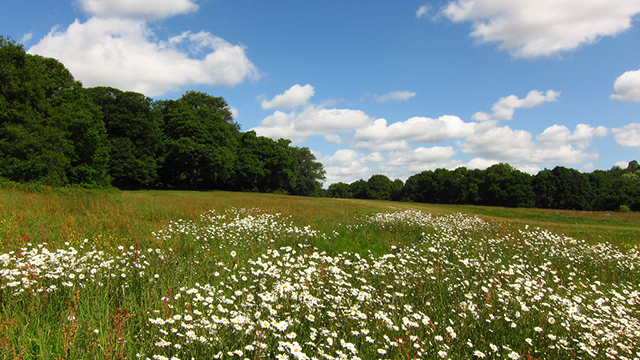 Hampstead Heath is hands down our favourite green space in central London. It's one of the few parks in the capital where you can get truly lost, almost forgetting that you're in London at all. For those who'd rather plan a route than get lost, the circular walk begins and ends at Hampstead Tube. The shorter 4.5-mile version is an easy amble with a climb to take in the superb views from Parliament Hill, then round the edge of the Heath and past the ponds, past Kenwood House (of Notting Hill fame) then back into the pretty streets of Hampstead. The longer 6.5-mile circuit includes a few more hills plus a detour through Highgate and past the famous cemetery. Plus (in a post-coronavirus world) there's also the lure of wild swimming in the ponds and well-earned pints in the plentiful pubs of Hampstead and Highgate.

Getting there: Hampstead, click here to plan your route 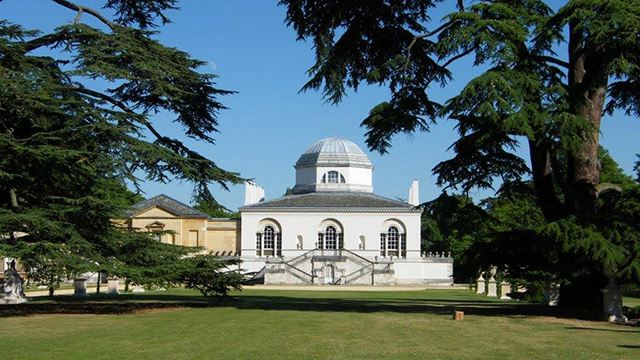 Where: Chiswick House and Gardens

A little taste of northern Italy in the depths of west London, Chiswick House is one of the best examples of a Palladian-style villa in the capital. And the gardens remain open, with social distancing in place. Built by Lord Burlington, it also has one of the finest English 'natural' landscaped gardens in the city. Designed by William Kent, the grounds include numerous wooded vistas and water features, such as the famous cascade waterfall dating to 1738. There's also a kitchen garden and a conservatory housing a renowned collection of rare camellias. And, in future non-social distanced times, kids will love the adventure playground in the south gardens.

Getting there: Turnham Green 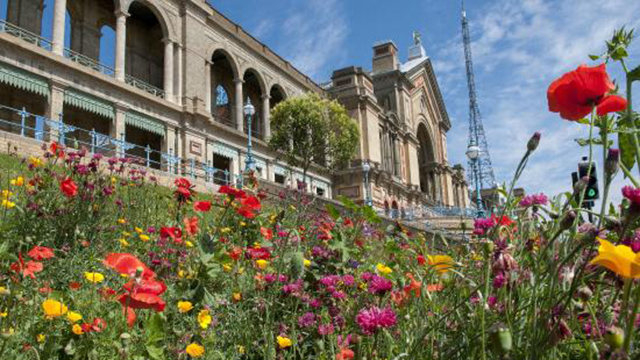 Where: Alexandra Palace Park and Gardens

Famous for having some of the best panoramic views across London, Alexandra Palace Gardens are over 150 years old, having originally been designed by renowned landscape architect Alexander McKenzie. This was a true Victorian leisure park in its heyday, and continues to be a delight for locals and tourists alike. On a clear day you can see as far as the Crystal Palace TV tower south of the river. Take a stroll about the park, before taking a turn on the boating lake.

Getting there: Wood Green 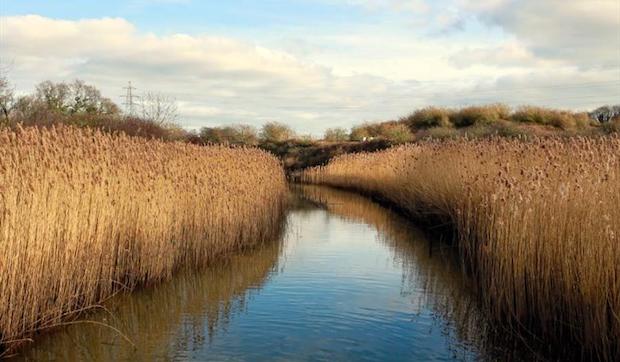 There's a wealth of rivers, wood and nature reserves to enjoy in Hackney. Follow waterside footpaths along the River Lea and the Lea Canal, then take in Middlesex Filter Beds Nature Reserve at the north of the Marshes. There are woodland trails snaking through the southern end, with occasional vistas of the West End on one side and Canary Wharf the other side. There's a circular walking route that stars at the car park off Homerton Road at South Marsh. And if you want to extend your walk, the Olympic Park is next to the marshes. 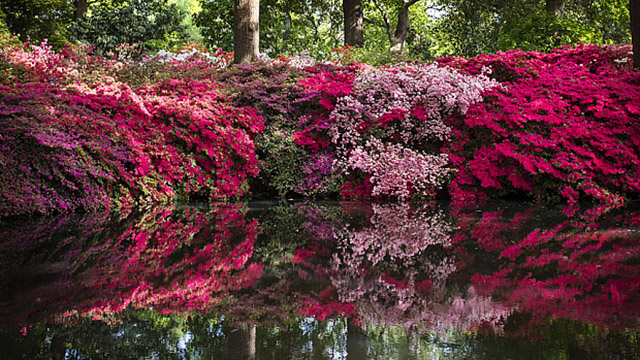 Richmond Park is famously one of the wildest places in London, with its roaming deer and vast meadows. But hidden in the middle of it all is a very colourful treat. The Isabella Plantation consists of over 40 acres of woodland right in the centre of the park, and was first planted in the 1830s, though not open to the public until 1953. While it contains many rare blooms and trees, it is most famous for its amazing azaleas which erupt in cascading shades of pink. Introduced originally from Japan, these flowers are at their very peak in April and May, so catch them early.

Tree-lined trail near the end of the line 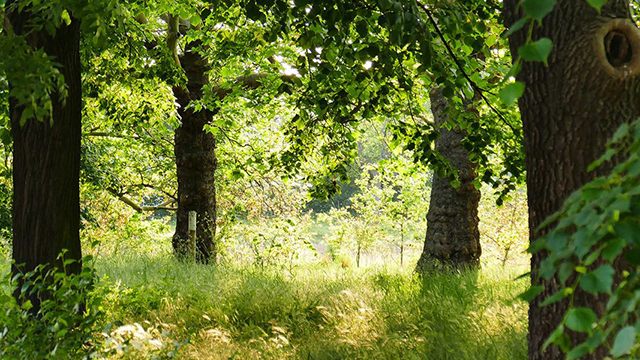 Way out towards the eastern end of the Central Line, Epping Forest is a treasure trove for weekend walking ideas. The Lime Trail is particularly brilliant as an easy 30-minute loop around Bush Wood Flats, which makes it a very family-friendly afternoon activity. Nestled at the southernmost part of Epping Forest near Leytonstone, the walk follows easy, well-maintained paths and meanders around pretty woodland, including some amazing 300-year-old sweet chestnut trees.

Downhill all the way 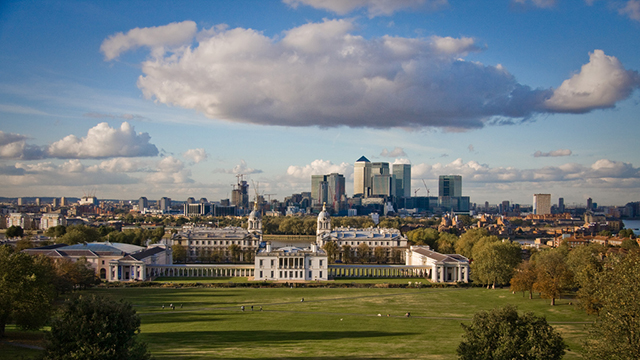 Where: Blackheath to Greenwich

The view over Canary Wharf from the top of Greenwich Park is instantly recognisable and on a sunny day, one of the loveliest in London with the old Royal Naval College looming in the foreground. If you're looking for a less taxing stroll then the entirely downhill route from Blackheath to Greenwich is perfect. Blackheath feels like a little village cut off from the metropolis, and as you cross the heath and through the gates to Greenwich Park the wide views open out through tree-lined paths. Marvel at the architecture of the Royal Observatory and views across the Thames.