“I am pursuing art in order to correct the disability which began in my childhood.” - Yayoi Kusama

One was broken by a cruel Parisian childhood: depressed, paranoid, suicidal. The other suffers periods of psychosis; plagued by hallucinations and delusions. Both are obsessive-compulsive, both were accused of hysteria at a time when psychology was not accepted as a science. And both persevered and survived by turning their trauma into art – as symptom and cure. 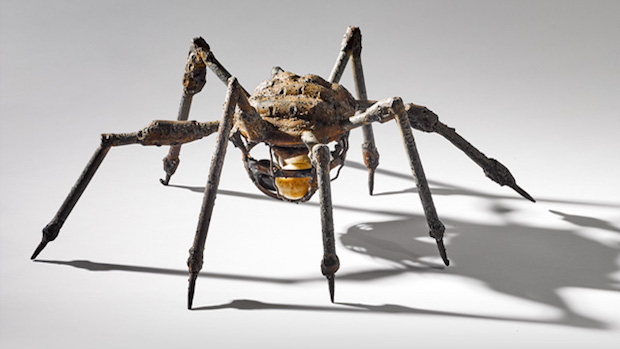 Curated by Emma Baker and Marina Ruiz Colomer, Traumata: Bourgeois/Kusama expertly explores the diverse parallels that underpin and unite Louise Bourgeois and Yayoi Kusama's work. The exhibition is organised into four themes - the role of the maternal figure, the impact of cultural and gender displacement, the duality of war and sexuality, and, finally, memory and depression. Light is shone upon the aesthetic shared by the two artists – obsessive in nature and predominantly fragmented, clustered, repetitive and abstract. Indeed, each artwork seems to brandish the catharsis of its production in the crevices and dips of its formality.

We are greeted with Bourgeois’s steel and marble Spider, 1994 - a recurring motif in the artist’s oeuvre, and one associated with the maternal. The spider supports a rounded, cage-like structure that hangs, heavy, from its underbelly, sheltering a large marble egg. A canvas from Kusama’s Infinity Nets series is set behind the sculpture – dizzying, manic and pulsing – and is a force of excitable dynamism next to the low-sitting, eerie arachnid that foregrounds it. Throughout the exhibition domesticity, motherhood and sexuality are challenged and met with retorts of violence, hyper-sexuality and the undermining of phallic power in their sculpture and painting. 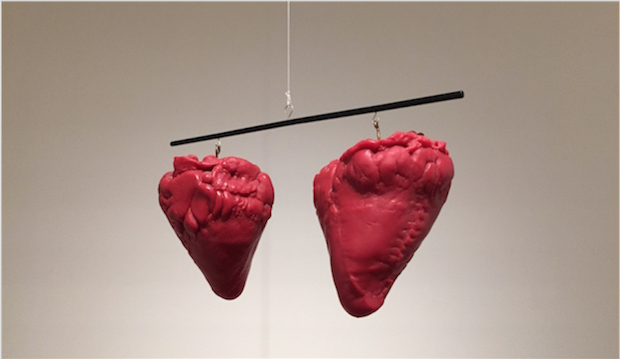 Moving through the exhibition, a collection of small canvases hang from a scarlet wall. Here, as throughout, the artists’ work is mixed, and with a distinct and deliberate lack of didactic labelling – heightening the similarities between the formal economy of their work. Often works may only be distinguished by tell-tale motifs or minuscule initialing in a corner.

The room downstairs serves as the triumphant crux of the exhibition. A myriad of hanging and standing structures are a wave of corporeal confrontation (while still demanding individual contemplation). Here are two suspended hearts – made of rubber and steel – hanging at eye level, here is Kusama’s Captive Doll, bubblegum pink and wailing from inside a birdcage. 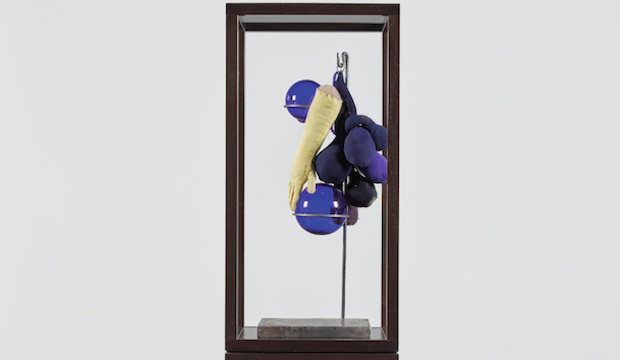 The exhibition does not just lay bare the psychological thrust behind Bourgeois and Kusama, but highlights the intense healing power of each work's production – and the subsequent complete reliance of the artists on their work.

This, paired with the tangible vulnerability and plain beauty of the work, presented within the intimate S|2 Gallery, creates an incredibly powerful, important exhibition – a hidden gem in Mayfair. 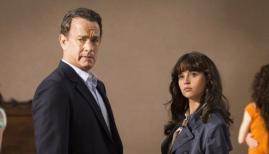 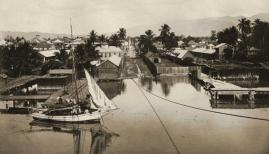 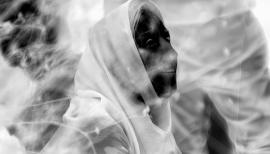 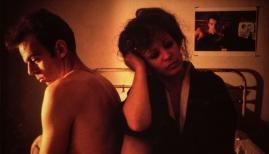