From Michelangelo's Leda and Titian’s self-pleasuring Venus, to Courbet’s immersive Origin of the World and Schiele's radical erotica: the female form has always been a central object of Western art.

All of these works, though, look at feminine figure with a distinctly male gaze: they are fixed objects, to be admired instead of understood. As the late John Berger puts it in Ways of Seeing, "men act and women appear. Men look at women. Women watch themselves being looked at." 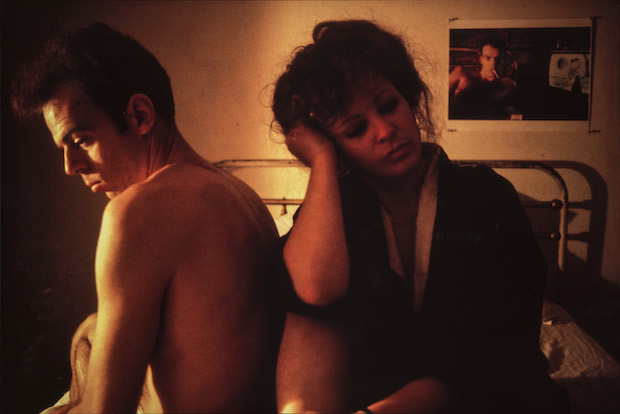 This month, though, as America inaugurates its unabashed p****y-grabber, we're presented with a rather different view of womanhood at the Whitechapel Gallery. Terrains of the Body is a small but mighty exhibition, presenting work by female contemporary artists who capture women on camera in domestic spaces and expansive landscapes.

The display features familiar works by prominent figures. We have a still from Hero, Marina Abramović 's film shows a proud white stallion in erect military stance, ridden not by a male soldier, but Abramovic herself. She holds a white flag of submission, turning the notion of martial male heroism on its head. 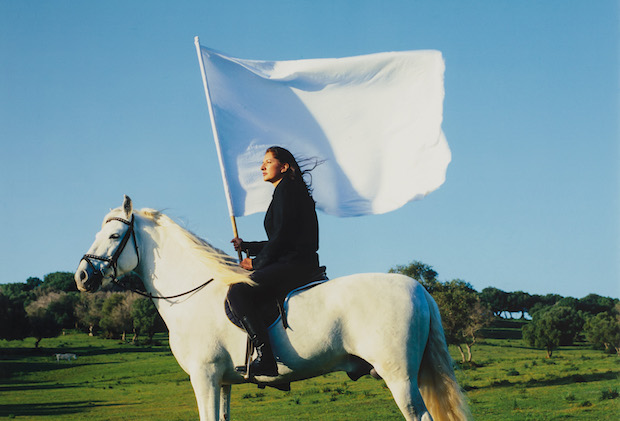 We have a Nan Goldin self-portrait, documenting her gritty, bohemian life in downtown NYC . A devout chronicler of love in an era of uncertain sexuality, violence, intoxication and death, the image sings of unfettered, undiluted female desire.

By turning their camera to women, including themselves, these artists embrace the female body as a vital medium for expressing identity, reflecting individual and collective experience, and forming narratives.

Cause to celebrate indeed.