Whitechapel Gallery welcomes provocative feminist art collective Guerrilla Girls as they ask 'Is it even worse in Europe?'

The anonymous girl group will be touring 400 of Europe’s galleries this summer asking whether museums are presenting a full and diverse collection of art and art history in a long-standing public project aimed at exposing sexism, racism and corruption in the art world. 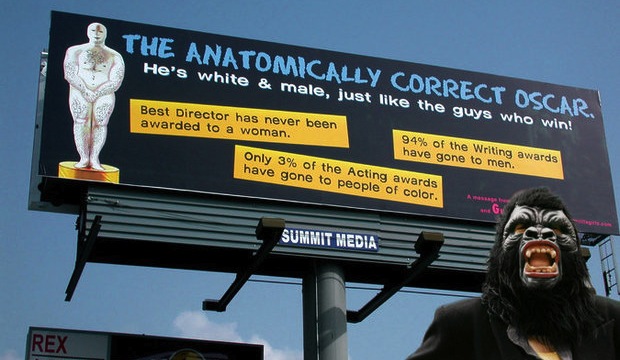 On display at the Whitechapel Gallery will be archived research and production materials, giving a visual history of 31 years of activist art. But most exciting is a presentation given by the Guerrilla Girls themselves on 1 October, where they will discuss their artistic journey and the battle that still needs fighting.

The art world seems to have had their eye on the Guerrilla Girls for a while. Earlier this year, the collective's work became a prominent feature of the Tate Modern's new permanent collection, which aimed to maximise diversity and represent a more inclusive art world. Most notably, the 1989 poster that reads 'Do Women Have To Be Naked To Get Into the Met. Museum?' hangs opposite Andy Warhol's famous Marilyn Diptych, the two pieces in thoughtful and provocative dialogue with one another.

Given their history, this upcoming show by the Guerrilla Girls promises to be controversial, revealing and inspiring.