3 CW readers are interested
Richard Mosse, Barbican Curve Gallery Richard Mosse, Barbican Curve Gallery Ella Cory-Wright
In 2014, Irish photographer Richard Mosse won the Deutsche Börse, the world's most prestigious photography prize, for his exhibition The Enclave. These documentary photos were taken in the Civil War-torn Democratic Republic of Congo - but they were unlike any war journalism you had ever seen. Instead of rusty browns and jungle-greens we'd expect, Mosse's colour subversion techniques saturated the images with lurid, nauseating pinks. The result was surreal: the disharmony disarming the viewer; the fairytale hues interrogating the nature of documentary photography. 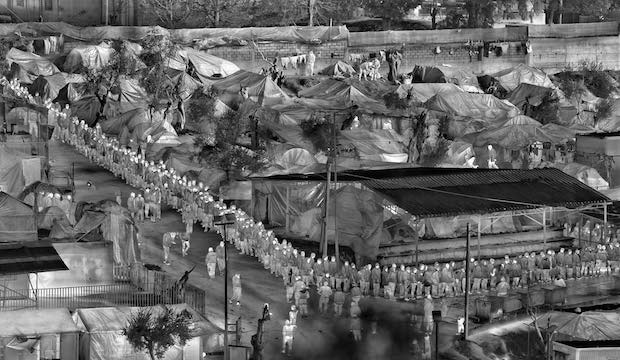 This remarkable photographer has disarmed us once again with a new Barbican project: an immersive video installation, which typically turns the idea of photojournalism on its head. For this new series, Mosse has (somehow...) acquired the latest military thermographic camera, officially classed as a weapon, which has a range of 30km. Mosse has been using this highly controlled camera against its intended purpose, to create an artwork about the refugee crisis unfolding in the Aegean Sea. 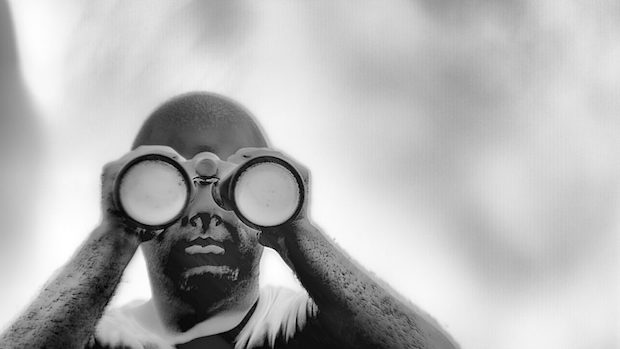 This photographer offers us a new way of seeing conflict and disaster. At a time when the media is saturated with images from far-flung war-zones, it is easy to become desensitised to the suffering. Richard Mosse's images provide the antidote.