London is home to the largest and best collection of street art in the world. If you know where to look 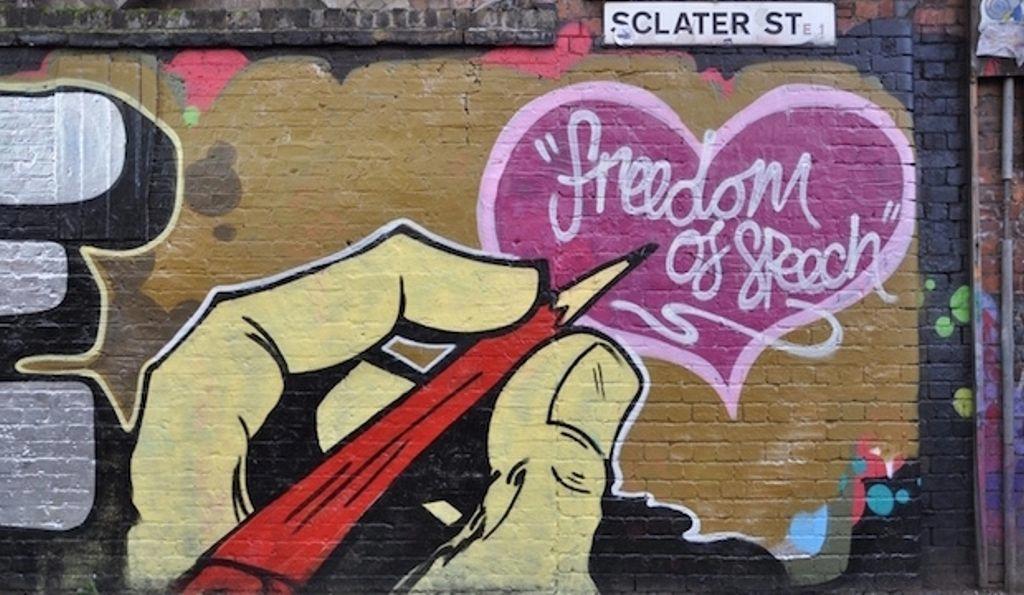 Top places to see street art in London now
Once a symbol of the city's growing appetite for anti-establishment creativity, street art is now recognised (and valued) as a veritable artistic genre and form of artistic expression in its own right. Freely accessible by anyone at anytime, London graffiti works are among the most popular and Instagrammed art forms in the city. 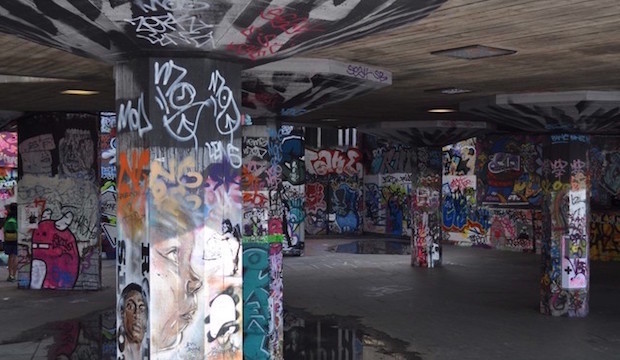 As the heart of London's skateboarding scene, it's unsurprising that the walls and columns of the Southbank Centre Skate Space are adorned with the names, slogans and graffiti drawings of the thousands of artists who have wandered through its hallowed halls in recent years.

Donated by the Southbank Centre to street artists in 2004, the Skate Space is one of the largest skate parks and freely accessible creative spaces in London. After winning a £700,000 grant from City Hall earlier this year, the famous undercroft is set to grow in size by almost a third. With work spanning four decades and some of the world's best skateboarders and BMXers training on site, it's well worth popping by. 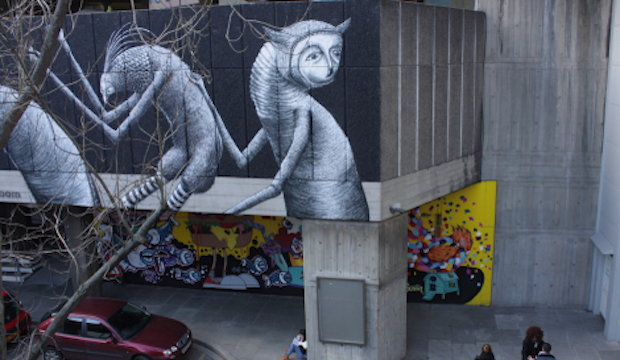 Sheffield based artist Phlegm continues to spread his distinctive black and white works around London with new murals at the Southbank Hall and Purcell room. His furtive, inventive and animalistic creatures creep their way up the side of buildings, creating a mesmerising and distorted view of humanity. 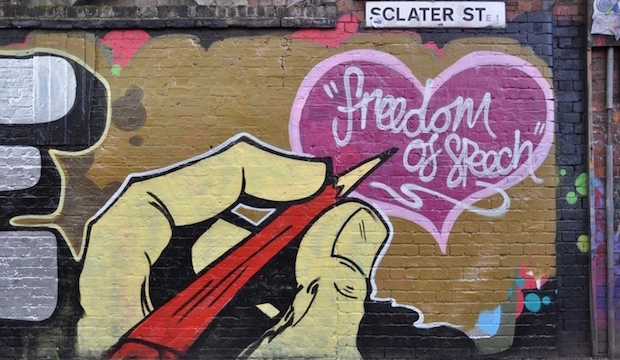 Shoreditch is the unequivocal home of London street art. It seems every other street boasts a marvellous array of colourful spray painted works by the likes of Stik, ROA, Sweet Toof and Pure Evil. Given there's hardly a spare inch of wall left bare, we recommend booking the Shoreditch Street Art Tour for a comprehensive overview of the highlight works in the area. 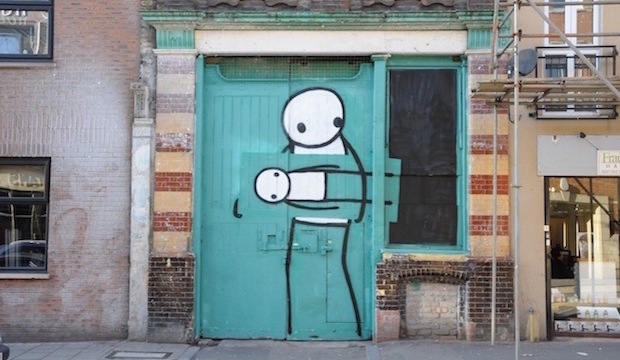 Superstar Street artist Stik is at his best in this cyan shutter work Art Thief in Pitfield street. With the artist's growing popularity and increased number of large-scale works, it's wondrous to stumble upon smaller, secluded but by no means less impressive images.

The London based graffiti artist has been painting his now celebrated black and white stick men and socially conscious murals since 2001. Peppered around the capital, his simple stick figures wordlessly tell the complex and often emotional stories of local communities and causes dear to his heart. Stik's work spans the city and the globe, with his most recent work popping up in New York's Union Square. 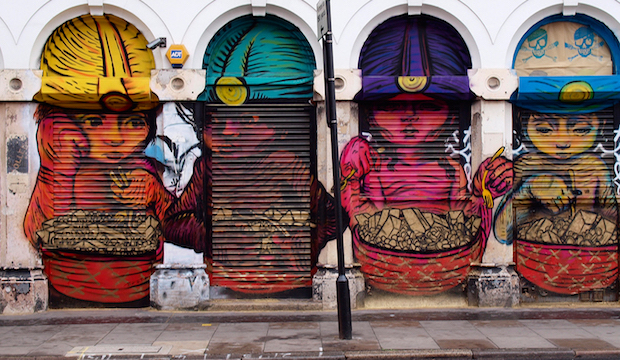 One of Shoreditch's busiest thoroughfares, Rivington street is plastered with brightly coloured street art and graffiti. Nestled among two famous works by Banksy are some lesser-known anonymous works boasting bold primary shades that cheer up the otherwise muted tones of the buildings. 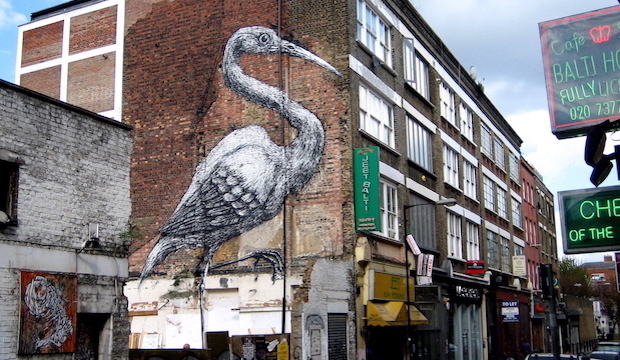 Hanbury street of London's famed Brick Lane market comes complete with a magnificent crane by Belgian street artist ROA. This elegant creature has been towering over shops and those passing by since 2010. 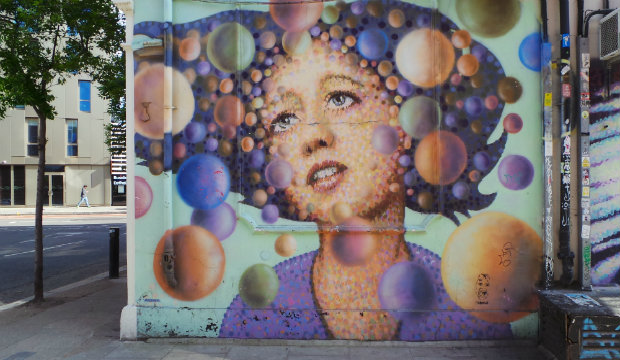 This Jimmy C mural has been brightening up the area around Brick Lane for more than four years. The striking portrait is made from thousands of daubs of paint, in what has been dubbed, a modern-take on the French turn of the century Pointillism style. 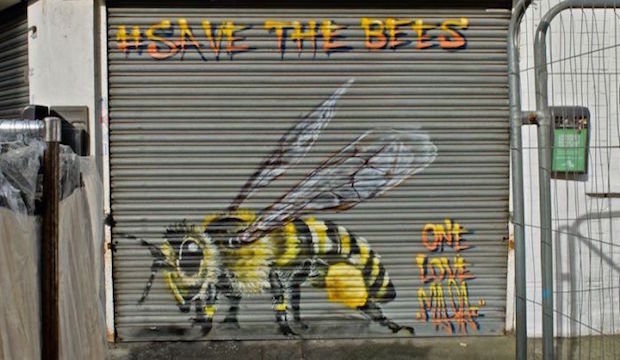 Toynbee street is easy to miss but is a must see for any street art enthusiast. Derelict shops, hushed shopping stalls and abandoned restaurants create an atmospheric backdrop for the wealth of street art and designs that decorate every shutter window and door. 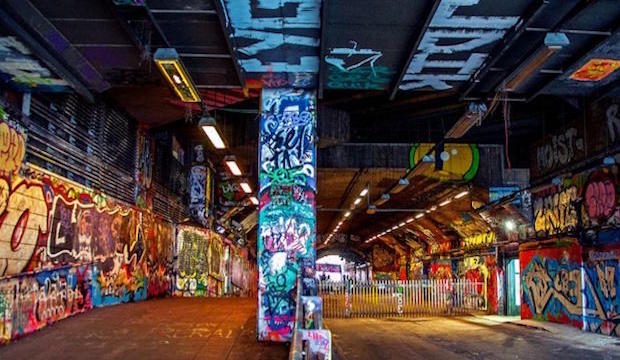 Part of the Leake Street arches, the tunnel is one of the largest legal street art areas in London. With no commissions taking pride of place or acclaimed names stamping their patch, Leake street Graffiti Tunnel is a free canvas for anyone wishing to make their mark in London. Now that 300m of the tunnel are up-lit, it's easier than ever to appreciate the art by day and by night. 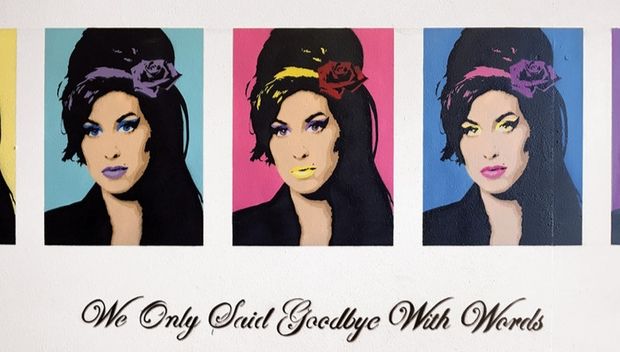 The late singer has been portrayed in spray paint across a number of Camden facades. Pay homage to Camden's most famous resident and see her polychromatic likeness outside of Market Hall created by local street artist Pegasus, who has also painted Amy outside Proud Camden, on York Way and The Earl of Camden pub. 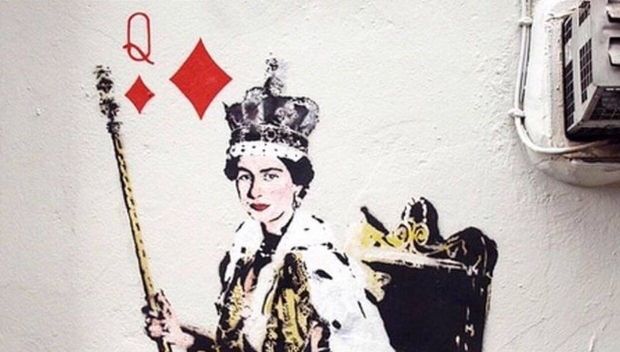 The anonymous Bambi, whose fans include Harry Styles, Angelina Jolie, and Rihanna, is a leading British street artist and was named in 2014 by artnet news as one of their Top 20 Art World Women. She is known for her satirical and acerbic works protesting gun crime, arms dealing and Donald Trump, but she also has a track history of commemorating royal events such as Will and Kate's wedding and the queen's diamond jubilee with a work called 'Queen of Diamonds'. 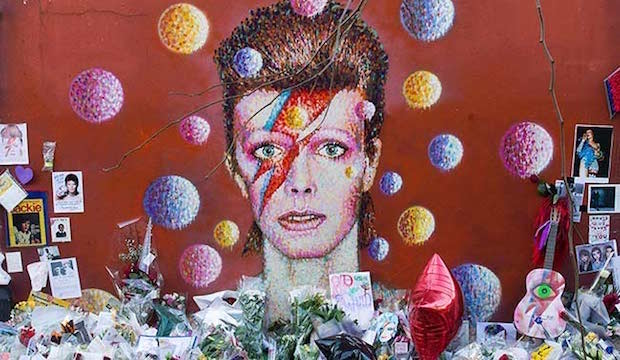 Located in Tunstall Road, this 2013 mural was repainted after Bowie's untimely passing in 2016. It has since become a memorial for the pop singer with fans leaving flowers, balloons and cards by the wall every day. Music plays here constantly, so if you are a lover of Bowie's work, this is a poignant and artful place to pay your respects.