Long, eerie and existential – dive into the world of Giacometti: Tate exhibition explores the life and work of a modern master

On entering Tate Modern’s Alberto Giacometti retrospective – the first in the UK for two decades – more than 20 sculpted human faces greet you. These are the people who shaped his formidable career. Arranged in block formation on white plinths, the bronze, plaster and painted-plaster heads of all shapes and sizes stare up at you. Here we see his brother Diego, there his mother Annetta and his wife Annette – alongside high-profile friends, including Simone de Beauvoir. This slightly eerie, haunting vision of the dead sets the tone for the rest of this majestic exhibition. 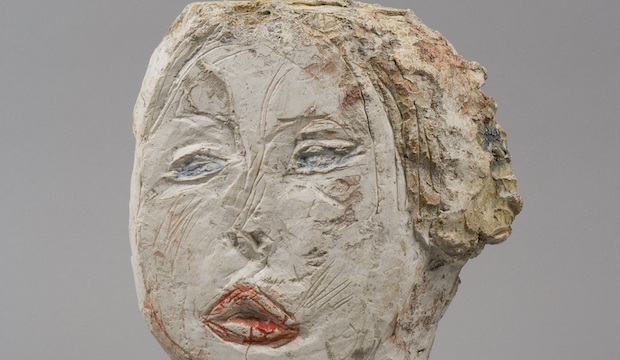 While Giacometti's frail, haunted faces are some of the most recognisable sculptures of the 20th century, this exhibition is full of surprises. Set to demonstrate his unceasing experimentation across different styles and subjects, it showcases more than 250 works including some never-before-seen plasters and drawings alongside more familiar bronze sculptures and oils.

Born in Switzerland at the turn of the 20th century, Giacometti moved to Paris in 1922. There, he engaged with movements such as cubism and surrealism, and mingled with Modern masters including André Breton and Pablo Picasso. Celebrated works such as Caught Hand and Woman with her Throat Cut are prime examples of his surrealist experimentations. Woman with her Throat Cut is brutal, sadistic and downright violent. The hybrid plant-insect-like bronze is in the throes of death. She appears to writhe before you in pain, her razor-sharp claws on guard for one last attack. 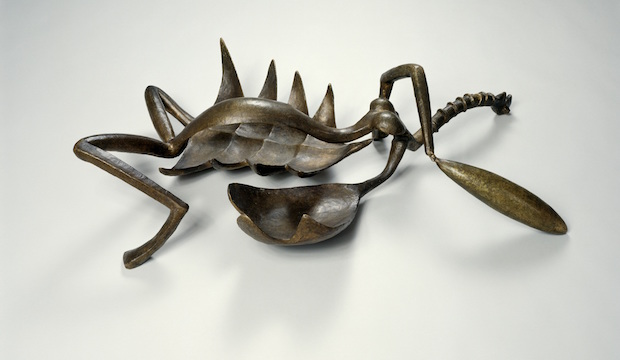 TRY CULTURE WHISPER
Receive free tickets & insider tips to unlock the best of London — direct to your inbox
The exhibition then shifts in theme and subject. Giacometti's miniatures, on display in Gallery 5, highlight the artist’s move away from surrealism and back to realism following the outbreak of the second world war. Working out of a hotel room in Geneva (he was denied re-entry into France after visiting his mother in Switzerland in 1941), Giacometti abandoned abstraction in favour of scale and perspective.

The exhibited miniature standing figures and portrait busts capture the human form, and its presence as seen from far away. They are intricate and beautiful, and stand proud in strip-light display cabinets lining three walls of the gallery space.

Yet they are soon overshadowed by his elongated, lanky-limbed figures for which he is best known. Synonymous with the post-war climate of existential despair – Giacometti returned to Paris soon after the liberation – these masterpieces embody his preoccupation with the alienated and isolated. They were interpreted as manifestations of human anxiety, a powerful image that a devastated, war-torn society could identify with. It's no wonder, then, that an exhibition at the Galerie Maeght in 1951 established Giacometti’s fame throughout Europe and his identity as a modern master. 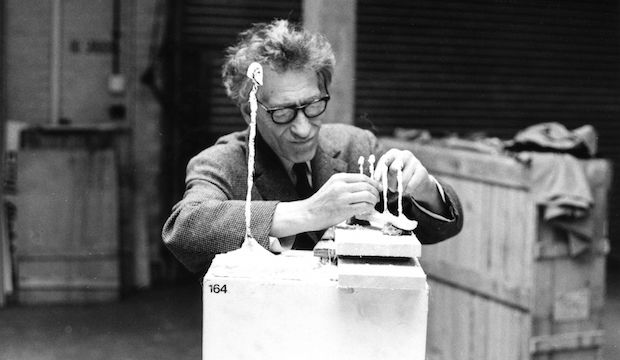 Pierre Matisse, Giacometti working on Four Figurines on a Stand at the Tate Gallery, 1965, © ARS, NY and DACS, London 2017

The suite of the exhibition follows well-mapped territory. But highlights include Giacometti’s The Chariot and Women of Venice – a group of plaster sculptures reunited by the Tate for the first time in 60 years. These sculptures have been conserved by the Fondation Alberto et Annette Giacometti in Paris, offering visitors the unique opportunity to view this group as the artist had intended.

The Tate’s chronological overview of his paintings, drawings and sculptures reaffirms his identity as a giant of modernism and of 20th-century art. From his first works through to his surrealist compositions and the emergence of his mature style, Giacometti has rarely been explored so comprehensively. His works transcend the time and place in which they were made, and remain as poignant and powerful as ever.