Male homosexuality was illegal in Britain until 1967 – gay women were never directly discriminated against in English law – and this exhibition marks 50 years since its decriminalisation in most of the British Isles. Of course, gay artists had been making overtly gay art in Britain for centuries. From 'anything goes' Pre-Raphaelite openness, to Francis Bacon's copulating beefcakes and David Hockney's Californian lovers: the queer artistic voice is one that refused to be silenced by the law. And thank goodness for that. 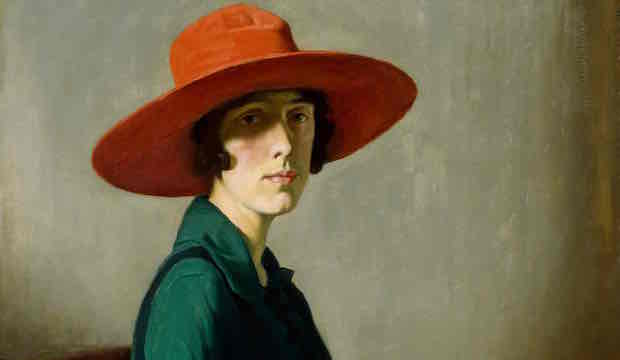 The Tate's show, which opens this week, brings us work by many artists, among them, for example, Bloomsbury darlings Duncan Grant and Dora Carrington, Edwardian portraitist John Singer Sargent and the tormented Keith Vaughan. Works on show range from the hopelessly tender to public statements aimed at a universal audience.

Some will call this exhibition patronising, a stunt which rides on the coat-tails of the current debate around LGBTQ identity. But, unlike the Saatchi gallery's hopeless Champage Life, which merely lumped together female artists for the sake of it, this show has a real purpose. For decades, the art world has politely averted its eyes from eroticism that is anything other than heterosexual. 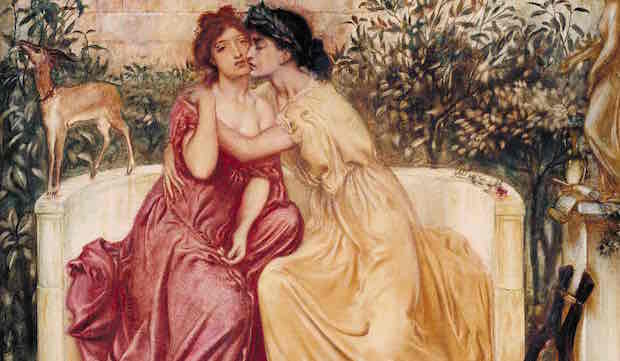 Sappho and Erinna in a Garden at Mytilene, 1864, by Simeon Solomon. Photograph: Tate

This Tate Britain exhibition is righting wrongs by calling queer art what it is, and giving it a proper platform. A cause for celebration if ever we've had one.