Joyful, triumphant and tender, this show is a much-needed ray of light. Unmissable – we review 2017 Tate Hockney retrospective

Imagine yourself in a room full of Hockney works, and you’ll picture, no doubt, flat planes, domestic scenes, idly wanton bare-bottomed youths – and that unmistakable palette – a technicolour patchwork of jewel-brights.

Walking around the Tate Britain retrospective, though, you are struck by the thought that it is Hockney's treatment of light, above all, that characterises his work. He worships it. Whether it’s glancing off a split-level Californian condo, daybreak in the Yorkshire hills, or shadows falling over the valleys of Santa Monica; light is his subject. 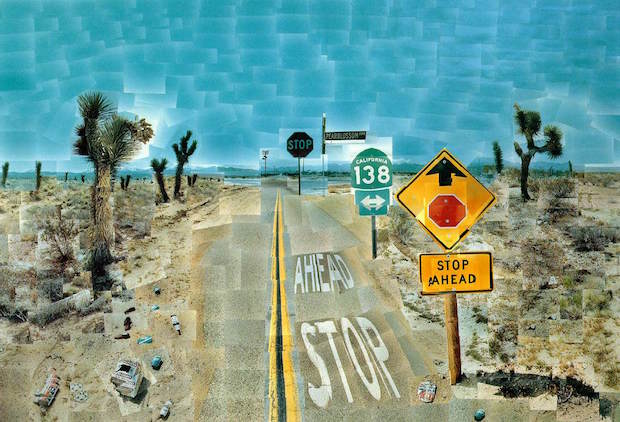 Hockney is Britain's most loved living painter. For more than six decades, his unmistakable works have defined a certain corner of post-modernism: we know them intimately. We know him too: the round glasses, that bleach-scorched bed-head, Camel cigarettes, joints and Yorkshire lilt. Hockney is part of the furniture. As such, he is all too often taken for granted. This show reminds us of his powers.

The Tate retrospective is the largest the world has ever seen. Presented as a chronological overview, it celebrates the artist's diverse oeuvre, from painting and print to photography and video. Across 13 rooms and more than 100 works, we travel from the primitive, homoerotic abstraction of his early works, such as the 1960s graffiti-scrawled 'Love Paintings'.

From here, we meet the hard-edged and chilly LA works: formal, flat. The room they occupy feels incredibly still. You can almost hear the sprinklers; taste the Californian ennui. 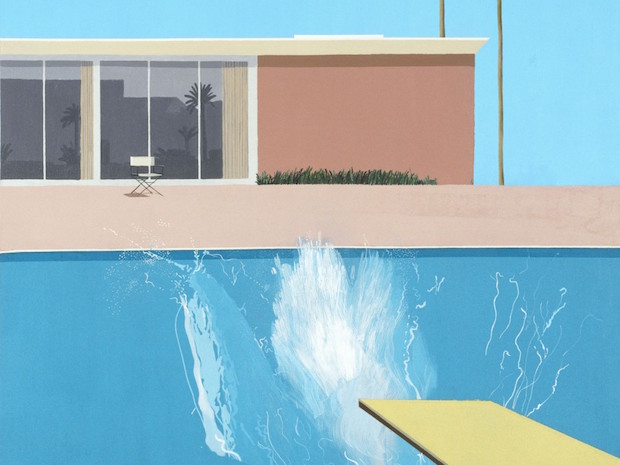 Look out for A Bigger Splash, his most recognisable work, as well as the Room, Tarzana – in which Hockney's lover Peter Schlesinger lies flushed and face down on his bed, with no trousers on. The breezeless scene is jettisoned by the boisterous activity we imagine has just occurred. Forty years after it was painted, it still thrills. 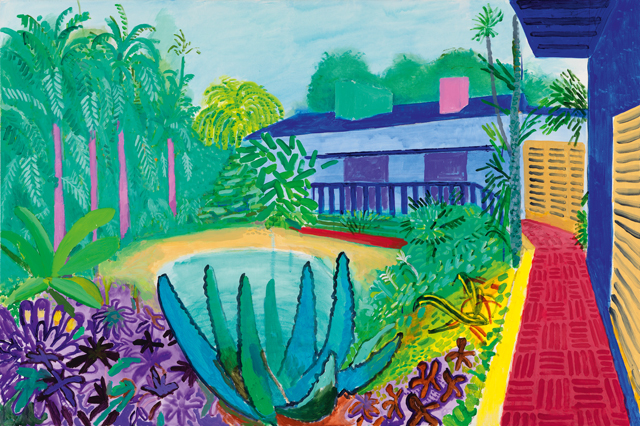 In recent years, Hockney famously (or rather, notoriously) embraced the iPad as an artistic tool – most notably his series of landscapes, depicting Woldgate, East Yorkshire. We reach these in the final rooms, alongside brand new works depicting his succulent garden in California. These are strange, shot-through with childlike joy. At once lurid and beautiful. These plastic pastorals have the artificial qualities of computer-generated art, but still have the same heft as any of his oils that. Of course they are fine art, you want to shout at all the snobbish detractors.

And speaking of snobbery, Hockney's crown, as we know, is not uncontested. There are those that think him shallow, over-rated and over-exposed, dismissing a lifetime of work as dull, sugary Pop.

They simply aren't looking hard enough. His works are the products of a breathtakingly sensitive draughtsmanship and deep consideration. His voice is unique: playful, honest, and yet richly psychological. Throughout his career, he's embraced the challenges of translating the world of time and space into two dimensions. When composing, Hockney tries to 'see things clearer, and clearer and clearer still, until [his] eyes ache'. Standing in front of one of his works, you feel exactly that.

Joyful, triumphant and tender, this show is a much needed ray of light. Unmissable.

Seek solace in an America that IS great: the best of liberal USA in London