In the Age of Giorgione review, Royal Academy ★★★★★

This focused survey on the Venetian Renaissance is, in places, mesmerising

The boy standing at the parapet turns his head into the daylight to face us. What is he thinking? His expression is ambiguous: withdrawn and yet questioning, serene yet serious. The gaze is so candid; it is as though we have just caught his eye from across the street. 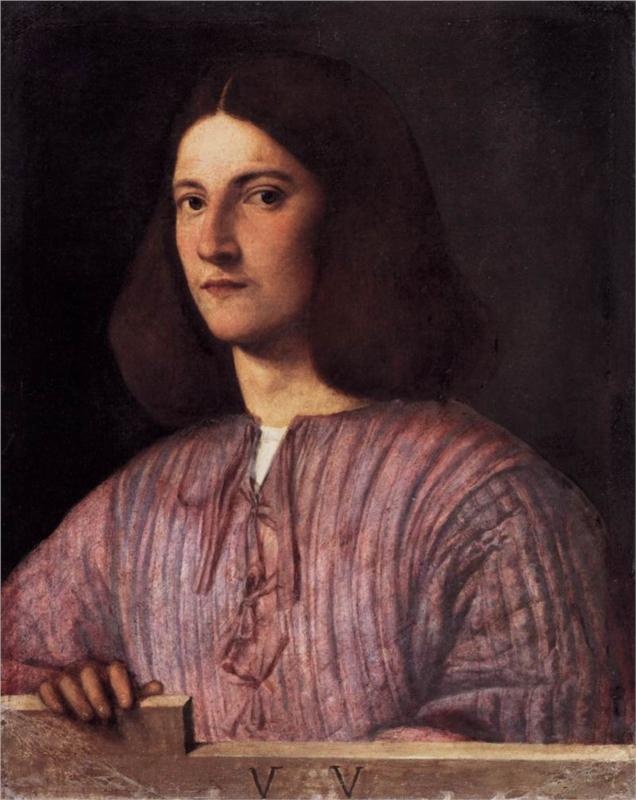 We do not know who painted the Giustiani portrait (left), which hangs in the first room of the Royal Academy’s new exhibition. Experts cannot agree whether it was Giorgione or Titian (in fact, experts agree on close to nothing when it comes to Giorgione. He is the Renaissance’s most elusive protagonist.) What is certain, however, is that the painting sings of the Venetian portraiture that emerged post-Bellini, in the first decade of the 16th Century.

Giorgione, and then Titian, were the masters of this ambient new style, which was powered by suggestion, not description. They clouded over the crystalline daylight that rinsed Bellini’s portraits clean. Half-lit, their paintings are evasive, suspended between intimacy and obscurity.

Both painters used sfumato to great effect: hazy gradations in colour that lend paintings a fire-lit softness (think Mona Lisa). Giorgione’s beloved Terris Portrait is a fine example of this technique; the delicate, smoky brushwork perfectly captures the warm flesh of the man’s face. The artist painted directly onto the panels, suggesting he wanted to capture the man’s expression, immediate and undiluted.

These new portraits also championed naturalism and psychological immediacy. You almost feel as though you are in conversation with the subjects. Giorgione’s remarkable Antonio Brocardo (lead picture) empathises with us; eyes downcast, he turns towards the viewer, clutching involuntarily at his chest. Giorgione’s archer calls back over his shoulder, commanding us to follow.

From the portraits, the In The Age of Giorgione show moves us through two less-than-thrilling rooms, which makes the exhibition sag somewhat in the middle. A forgettable section charts the emergence of landscapes in this period – a fascinating subject, but he selection is dull and its inclusion seems like a passing thought.

From here, we’re shown a selection of devotional works; altarpieces and the like commissioned for churches or for private domestic worship. Whilst there are some wonderful things here, including Titian’s Virgin and Child with St. Anthony and his gleaming Christ and the Adulteress, with its chaotic foreground and merry little sheep at the back. And yet, these works just don’t have the emotional heft of the portraits. They feel remote and fixed; perhaps because, as biblical scenes, they're unambiguous.

There is a mesmerising show hidden somewhere in The Age of Giorgione, struggling to get out. Why these baggy fillers in the middle? Why not survey Venetian Renaissance portraiture alone? (While we’re at it, why not adjust the lighting? The gleam off the surface of the canvas renders many works near-invisible). 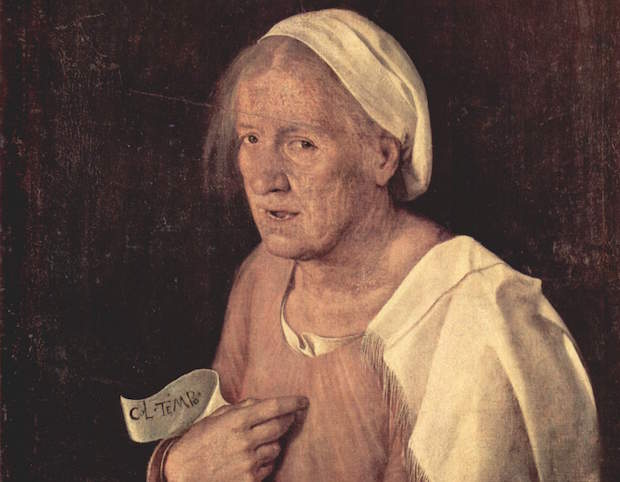 But the final room redeems this show. Or, more precisely, its centrepiece does. Giorgione’s remarkable allegorical portrait La Vecchia draws you toward it, at the same time repelling you. We meet a toothless crone, hair falling out of cap, cheeks sagging. Her wrinkled flesh barely concealed by rags, she surveys us with a gaping mouth and knowing grimace. She holds a banner: “Col tempo”, with time. In a room filled with idealised Renaissance belles, La Vecchia reminds us of beauty's decay. 'With time', they'll become her. It is one of the most startling juxtapositions we’ve seen in a gallery.