Today, hip-hop is at the forefront of pop-culture, but its beginnings were far more humble. Beat Positive, a new exhibition at Getty Images Gallery takes us back to its early days, bringing to life hip-hop's pioneering figures through a collection of photographs by British photographers Janette Beckman and David Corio.

Beckman and Corio's images, many of which will be familiar to fans of the genre, will be featured alongside never-before-seen material from the Michael Ochs, Right On! and Redferns archives.

Here's a selection of our favourites from the exhibition to whet your appetite. Make sure to head down by 4 August to catch the rest of them. 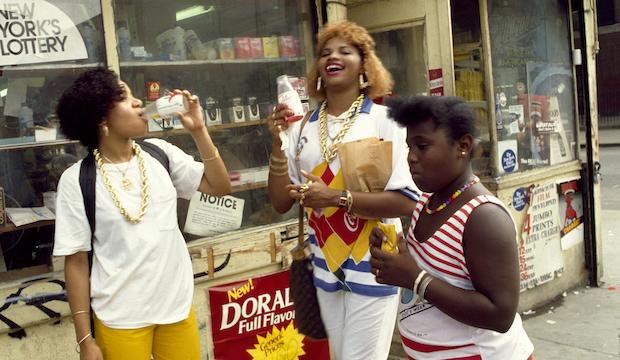 Beckman's street-side snap of two members of the all-female hip-hop trio, Salt N Pepa, taken just a year after the group's formation, captures a sense of their empowered, upbeat attitude.