THE COME UP, Now Gallery

Jeffrey is the very definition of a 'one to watch'. He has just won an award at The Fashion Awards 2017 for British Emerging Talent in Menswear. With this solo exhibition, the Glaswegian follows in the footsteps of Molly Goddard, who showed at the NOW gallery last year and has gone on to be one of the most exciting new British designers.

Jeffrey says, 'With this project I’m exploring some of the ideas and forces in my life – and so many others’ lives – that couldn’t be more seismic. Interconnectivity, nightlife, the idea of clubs as safe spaces, identity, imagination…There’s a huge amount of very personal work going into it, and I couldn’t be happier about working with NOW Gallery on this!'

The solo exhibition will feature large hanging sculptures and Jeffrey will also invite visitors to create their own artwork. The designer is known for his use of phallic shapes, disturbing video art and bright colour. There's nothing for it – you'll have to get stuck in. 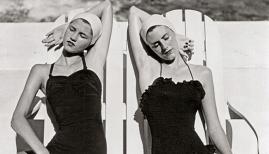 Louise Dahl-Wolfe – A style of her own, Fashion and Textile Museum 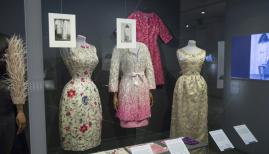 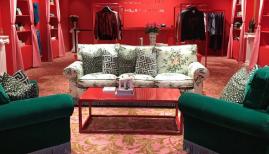