Wheeeee! We were one of the first on Carsten Höller's new slide – and we're still trembling

A nine-year-old and an adult review the thrilling, terrifying Carsten Holler slide: but who was braver?

This isn't your average playground affair: we're talking 178 metres long 76 metres high. Twists, turns, vertical drops, helmets. You're given a sack to lie in, told to tuck your elbows in and then whooosh, down you go, plunged in and out darkness, speeding along, no idea which way is up or down.

Children aged eight and up are allowed on (and generally much braver than their adult counterparts). We took a junior correspondent along. Here's what Arthur Cory-Wright, age nine, had to say:

'Today I went to The Slide with my older sister. It certainly lived up to my expectations. Yes – it is a bit scary. But you feel really safe the whole time, because the lovely helpers tell you exactly what to do. It was a bit stormy, but luckily they reassured us that there was no way the lightening could get us. 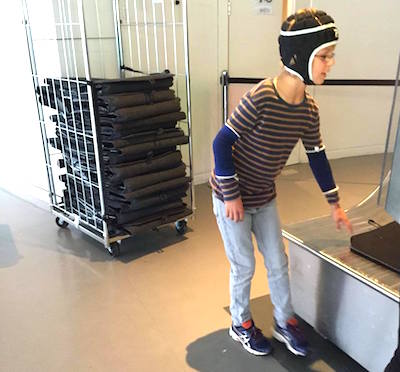 'At first, they make certain you’re in the right position to go down, which is lying down on your back holding the ropes tightly with both hands, and placing your chin on your chest. As you’re going down, you feel very safe and it’s very fun too. Some bits are dark and steep and those are a bit unnerving, but others feel almost relaxing!

'My only negative point was that they called it "The Slide", where they could have called it something more creative. I suggest renaming it "Dark Light Plummet Down".

'I give this ride five-and-three-quarter stars because five is not enough.' 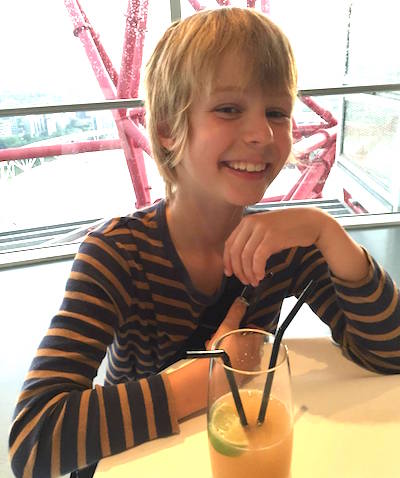 - The slide is a 15-minute walk from Stratford Tube, through the mall. It's well-signposted from the station

- You book the ride in 15-minute slots, so there are no two-hour theme park-style waits

- Kids are allowed, but must be at least 1.3m in height and at least eight years old

- If you pay an extra £5, you can ride twice
by Arthur Cory-Wright, aged 9