2 CW readers are interested
Nelson Mandela: Centenary Exhibition, Southbank Centre Nelson Mandela: Centenary Exhibition, Southbank Centre Lucy Scovell
'I learned that courage was not the absence of fear, but the triumph over it. The brave man is not he who does not feel afraid, but he who conquers that fear.'

So said Nelson Mandela, South Africa’s first black president, Nobel Prize winner and anti-Apartheid fighter. Few figures have had as much impact on twentieth-century politics, human rights and history as Mandela has.

TRY CULTURE WHISPER
Receive free tickets & insider tips to unlock the best of London — direct to your inbox
To celebrate the centenary of Mandela's birth, a new exhibition tracing his phenomenal life achievements opens at Southbank Centre. The Duke and Duchess of Sussex were among the 300 people invited to the opening ceremony on 17 July. During the tour the Royal couple met Andrew Mlangeni, survivor from Robben island, and viewed the Robben Island Bible, an exhibit annotated by Mandela from the Southbank Centre exhibition. 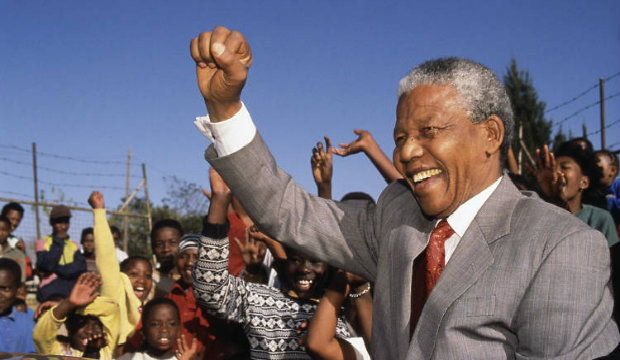 Learn about Mandela’s early days as a young freedom fighter in the African National Congress, his role in an international movement against South Africa’s apartheid system, his 27 years in prison and his world-wide status as an inspirational figurehead of justice and equality. Guiding little ones through the exhibition is a Children's Trail comprising interactive questions, history sheets and an opportunity to participate in a competition.

'Mr Mandela recognised that Britain was the heartland of the anti-apartheid struggle. Twenty-two years later, on the occasion of his centenary, it is wonderful and fitting that such an important exhibition comes to life at Southbank Centre in London, where so many people in this country will have the chance to continue his wonderful legacy, ' explains Kathi Scott, Executive Director of the Nelson Mandela Children's Fund UK.

His story is well writ in history. But exhibitions such as these remind us of the sacrifices Mandela made and the battles he fought to re-write the story of his people. 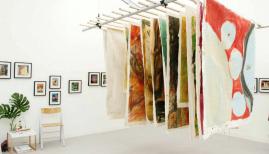