Following the hotly anticipated unveiling of the new Fourth Plinth Michael Rakowitz commission, here's all you need to know about the artist and his winning sculpture 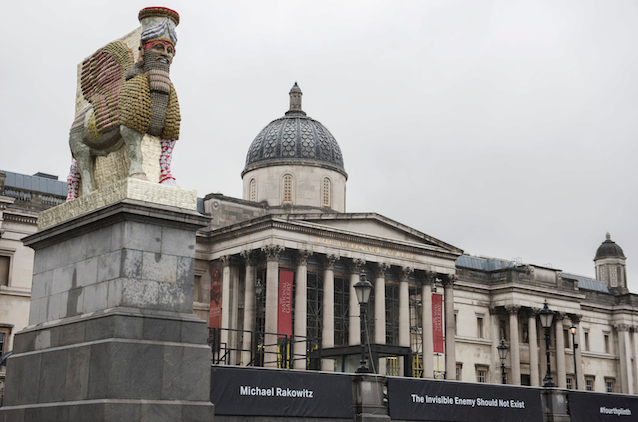 Michael Rakowitz, 44, has built an international reputation in the contemporary art world for referencing his eclectic heritage in his diverse body of work. An American with an Iraqi-Jewish background, Rakowitz's work is polemic, thought-provoking and overtly political. With multiple international exhibitions under his belt, he is probably best known for his 2010 Tate exhibition in which he made hallucinating links between Saddam Hussein’s Iraqi regime and the Star Wars movies that preoccupied him as a child.

Justine Simons, OBE, Deputy Mayor for Culture and Creative Industries has said: 'I can’t wait to see Michael Rakowitz’s beautiful work on the plinth. I know it will generate debate and become a landmark in its own right. Michael’s work was selected from the most international shortlist to date and shows that London is open to creative talent from around the world.'

The new commission: The Invisible Enemy Should Not Exist 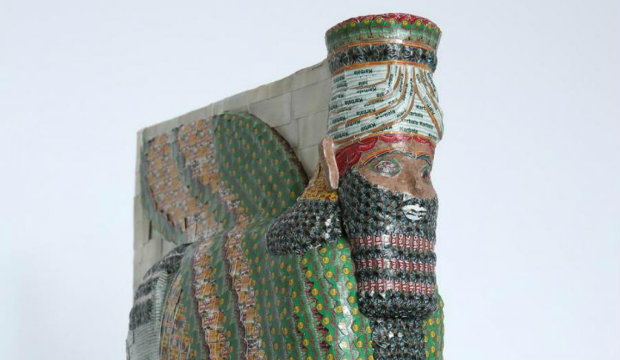 Michael Rakowitz, The Invisible Enemey Should Not Exist, 2018

Rakowitz's spectacularly colourful sculpture, The Invisible Enemey Should Not Exist, is a detailed reconstruction of Lamassu, a winged Assyrian god with the head of a man and the body of a bull or lion. Constructed around 700 BC, the deity stood at the entrance to the ancient city of Nineveh, near Mosul in modern day Iraq. Protectors of homes and cities, Mosul's Lamassu was destroyed by ISIS in 2015. One of the most precious cultural heritage sites in Iraq, Rakowitz's sculpture pays tribute to a society and culture plagued by loss, conflict and tragedy.

But Rakowitz's Fourth Plinth commission is not a direct replica of the destroyed Lamassu. The Invisible Enemey Should Not Exist is made of 10,500 empty Iraqi date syrup cans, representative of a once-renowned industry now decimated by the Iraq Wars. The new Fourth Plinth sculpture is part of a greater project of the same name started by Rakowitz in 2006. The Invisible Enemy Should Not Exist aims to reconstruct over 7000 archaeological artifacts looted from the National Museum of Iraq and other archaeological sites around the country during the war or destroyed in its aftermath. It'a a mammoth project that has earned the artist international recognition and praise.

Replacing David Shrigley's Really Good thumbs up looming 7 metres high, The Invisible Enemy Should Not Exist will occupy the plinth in Trafalgar Square until March 2020. Also home to Nelson's Column, Trafalgar Square is one of the most visited historic landmarks in London. From Katharina Fritsch's bright blue cockerel to Hans Haacke's skeletal, riderless horse in bronze, the best Fourth Plinth sculptures have taken note of the site, their surroundings and the history of the square. We welcome with open arms the new addition. 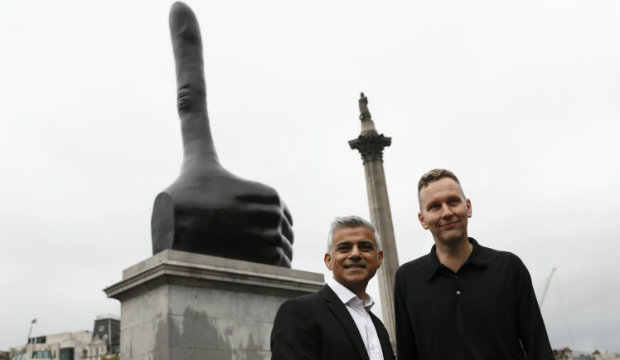 The smallest sculpture park in the UK, The Fourth Plinth Programme (founded in 1994) is the most popular public art competition in the UK. Sadiq Khan has said of the programme he oversees: 'The changing artworks on Fourth Plinth continue to be a source of delight, discussion and debate and I am proud to be the mayor of a city that has such an energetic and vibrant cultural life'.