This autumn London boasts a sprinkling of blockbuster art exhibitions. Paris, though, trumps our darling capital fair and square.

From a major new Jean-Michel Basquiat exhibition at the Fondation Louis Vuitton to a phenomenal Joan Miró retrospective at the Grand Palais, Paris is firmly back in the frame. And we're so excited....

Pack your bags, grab your camera and treat yourself to a mini-break: these are the five phenomenal art exhibitions you should travel to Paris for this autumn. We'll see you there. 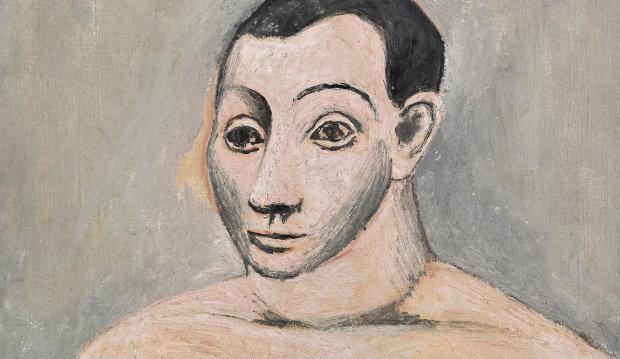 Between 1900 and 1906, Pablo Picasso experimented with two principal palettes: blue and pink. His blue-green monochromatic Blue Period works, inspired by his native Spain but painted in Paris between 1900-1904, are among the artist's most coveted works today. Depicting themes of poverty, loneliness, and despair, they paint a sombre picture. In contrast, Picasso's Rose Period works depict lighter more joyful themes of clowns, harlequins, and carnival performers, and are painted in a warmer palette of reds, oranges and pinks.

Now the Musée d'Orsay, in collaboration with the Musée Picasso and the Fondation Beyeler, presents the first large-scale exhibition dedicated to this pivotal period in Picasso's career. Bringing together more than 300 of Picasso's sketches, sculptures and paintings from the period, this chronological exhibition proposes a new interpretation of Picasso's intense creativity and innovative painterly style at the turn of the twentieth century. 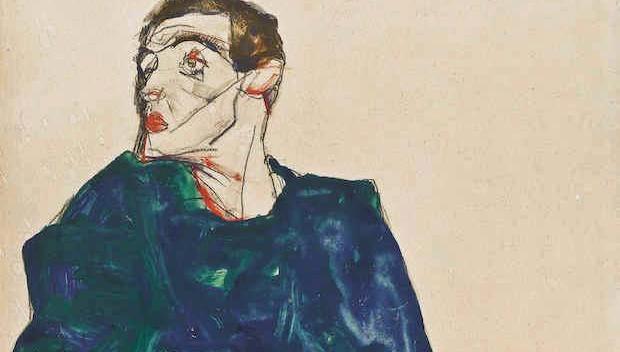 Both prolific, both revolutionary, both dead at 28: Schiele and Basquiat, working at opposite ends of the 20th century, single handily changed the course of art history.

Both artists sought to obliterate tradition, expectation and historical representations of human identity. Both sought to express the distress of human existence with aggressive distortions of the body. For both artists, line became the symbolic border between life and death, loss and trauma.

To mark the centenary of Schiele's death and the 30th anniversary of Basquiat's death, the Fondation Louis Vuitton, Paris, presents two simultaneous solo exhibitions of their work. Both exhibitions are monumental in size; both are breathtakingly powerful; and both foreground the artist-self.

In the Basquiat exhibition, which adopts a different stance to the recent Barbican retrospective, there is plenty that will make you stop, stare and think. With so many works on show from private collections around the world, this exhibition offers a remarkable insight into a Basquiat rarely seen in public. In the final gallery Exu, we see Basquiat's chilling Riding With Death, 1988. In fact, it may well be the most poignant work in the entire show. Painted just before his untimely death, the fragmented skeleton foreshadows Basquait's hallowed future. It's a tragic and harrowing finale to an electrifying show. Both these exhibitions will blow your mind. 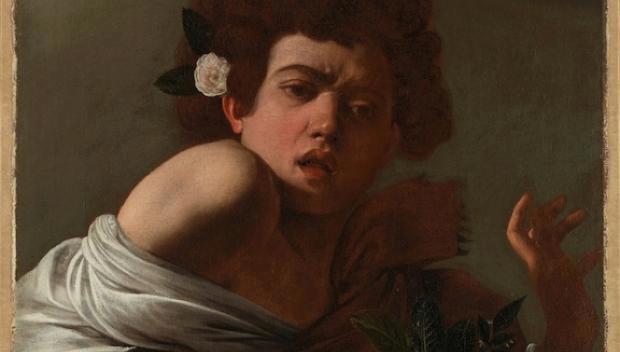 Caravaggio is one of the most famous names in European art, for his paintings, but also his irresistibly turbulent life and death. He was the debauched prince of Rome’s 17th century underbelly – hurtling through catamites, prostitutes and duels-a-plenty. His art was fittingly theatrical; Caravaggio is beloved for his magical harnessing of light and dark, plunging his brooding figures into shadow and brilliant white. Dirt, sin and danger: we’re a thousand miles from the remote classicism of the devotional paintings that had dominated beforehand.

This autumn, the Musée Jacquemart- André showcases ten Caravaggio masterpieces from prestigious international collections, dating from 1592 to 1606, alongside works by his celebrated contemporaries including Spanish Baroque pioneer José de Ribera. This bijou exhibition is the first to explore Caravaggio's early life in Rome, his relationships with influential artists and collectors of the time as well as his enemies and rivals. We're sure you'll agree his 'genius has never shone brighter'. 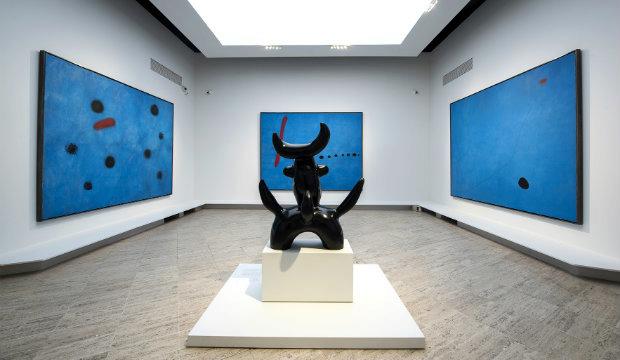 Modernist master Joan Miró believed 'a painting should be like sparks. It should dazzle you like the beauty of a woman or a poem'. The Catalan-born artist expressed contempt for conventional painting traditions, preferring to disrupt the visual experience, plane and line. As such, Miró's revolutionary style greatly shaped the art of the 20th century.

Today Miró's prolific career spanning seven decades is characterised by constant renewal. His early works boast Fauvist and Cubist influences inspired by Cezanne; he later experimented with dream-like Surrealist figurations before exploring a new primary palette and the abstract organic form for which he is today best known.

Bringing together 150 Miró works spanning the artist's entire career, this monumental retrospective – taking place forty-four years after his last major exhibition at the Grand Palais – traces his evolutionary style and positions him as one of the greatest artists of the last century. 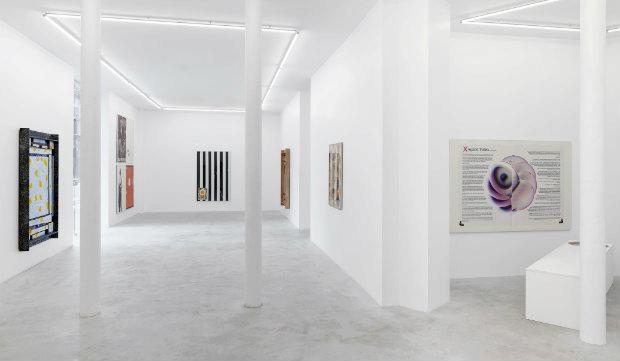 What Frieze is to London FIAC is to Paris: a monumental showcase of the best modern and contemporary art circulating on the market today. Taking place in Paris' emblematic Grand Palais, FIAC is the pinnacle of Parisian glamour and attracts art cognoscenti the world over.

Bringing together around 200 galleries from more than 25 countries around the world, FIAC offers an unparalleled opportunity to discover established and emerging talent alike. The 45th edition of the fair welcomes 18 newcomers, including London-based Ben Brown Fine Arts and Paul Kasmin gallery from New York, as well as a roster of well-known returning visitors including White Cube and David Zwirner.

But FIAC is far more than a trade show. The accompanying FIAC PROJECTS, the cultural programme of talks, performances and artist films, is paramount to the fair's global appeal and status as a major European cultural event. Now Frieze is over, FIAC really is the place to be and be seen this October.