Both prolific, both revolutionary, both dead at 28: Schiele and Basquiat, working at opposite ends of the C20th, single handily changed the course of art history.

Both artists sought to obliterate tradition, expectation and historical representations of human identity. Both sought to express the distress of human existence with aggressive distortions of the body. For both artists, line became the symbolic border between life and death and loss and trauma.

To mark the centenary of Schiele's death and the 30th anniversary of Basquiat's death, the Fondation Louis Vuitton, Paris, presents a major comparative showcase of their work. With many pieces never seen before in Europe, this artistic extravaganza (2 Oct 18 - 14 Jan 19) certainly merits a trip to Paris.

In five works, here's how Schiele and Basquiat changed the art world forever. 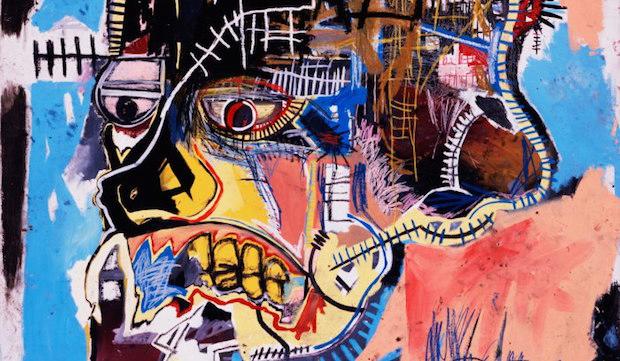 A child of the American Civil Rights Movement, Basquiat came of age in the late 70s when progressive post-punk art was thriving in downtown New York. With graffiti drawings, illicitly sprayed in subways, Basquiat and a band of counter-culture artists including Keith Haring and Jenny Holzer, fueled the appetite for anti-establishment creativity.

But he was in a small minority of African-Americans working and circulating in a predominantly white art world. As a result, Basquiat’s work is both bolder and bleaker than that of his contemporaries. People took note and Basquiat found his market.