From the glamorous, duplicitous story of Anna Sorokin in Inventing Anna with Julia Garner to the latest fantasy by Jean-Pierre Jeunet, Bigbug, Netflix in February melds real and surreal together 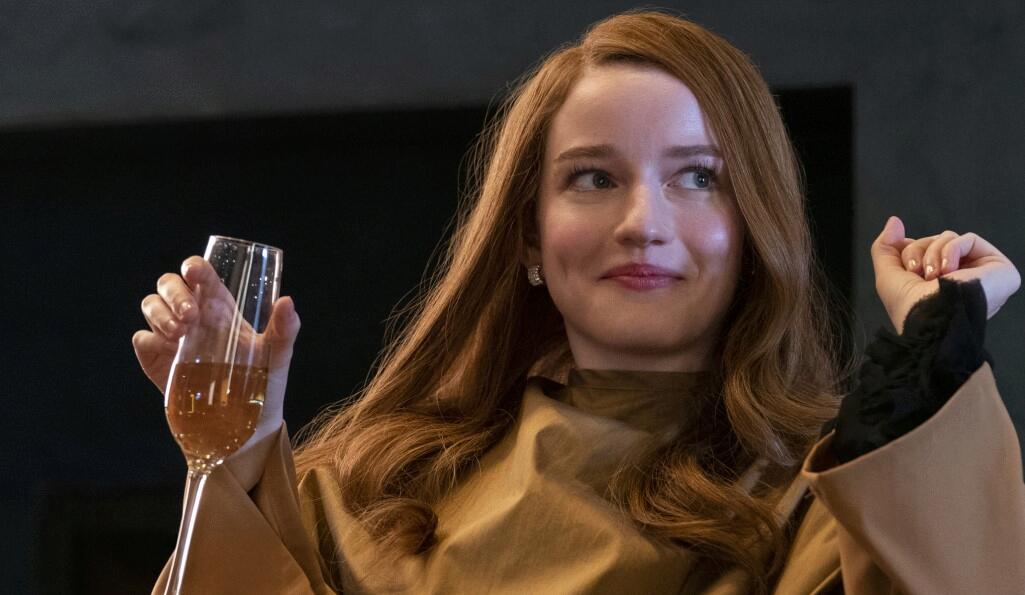 Despite being around for a while, it’s only in the last few years that the Emmy-winning Julia Garner has been deservedly recognised for her performances. She's not only the stormiest presence in Ozark, playing the intelligent but tempestuous Ruth Langmore, but she also led one of the first deliberate #MeToo movies The Assistant.

Progressing even further, she’s now leading Shondaland’s new true-crime drama about the infamous fraudster Anna Sorokin. Under the guise of a German heiress named Anna Delvey, Sorokin duped many in the New York social scene into being their friends and then taking their money – conning an estimated $275,000. Journalist Vivian (Veep’s Anna Chlumsky) investigates her case.

Jean-Pierre Jeunet, the surrealist fantasy director of Amelie, returns with a weird look into 2045. Resembling a more adult version of The Mitchells vs the Machines, Bigbug unfolds in a dystopian future where technology invades every facet of people’s lives – satisfying every need, every desire. But inevitably, the artificial intelligence inside these robots develops to such an extent that – wait for it – they want to take over the world.

Bigbug focuses on one particular family, as their domestic robots hold them hostage. The humans are forced into being with each other in a close and hysterical environment, causing hostilities between them. The robots watch in bewilderment.

It’s a frightening prospect in many relationships: meeting the parents – especially if Robert De Niro is one of them. De Niro's career has pulled him through the darkest Martin Scorsese movies, playing tortured souls and brutal gangsters. But in Meet the Parents, he plays the vicious future father-in-law to the furiously unlucky Gaylord ‘Greg’ Focker (Ben Stiller).

Greg’s plans to propose to his girlfriend Pam (Teri Polo) are scuppered when they decide to visit her parents in Long Island. He subsequently falls into a flurry of terrible and torturous faux pas, lying through his teeth to seem impressive. This includes, during a classic scene, a fabricated anecdote about milking cats.

Improv comedy comes in different forms, seen mostly in panel games like Would I Lie to You? and Just A Minute. It’s also popular on YouTube with Rooster Teeth’s On the Spot and Smosh’s Try Not To Laugh challenges. But on TV, improv is rarely given a whole narrative thread. Inspired by the BBC Three series Murder in Successville, the American remake Murderville grabs a crime drama concept and rolls unpredictably with it.

Will Arnett plays the senior detective Terry Seattle of the Homicide Division. He’s given a murder case every day, strapped with a new celebrity to assist him each time. But the celebrities – Sharon Stone, Kumail Nanjiani and Conan O’Brien – aren’t given the script, so they have no idea what will happen to them.

With The Puppet Master and Inventing Anna, Netflix are really knuckling down on infamous conmen and women around the world, particularly those who use social media to deceive others, donning different identities to steal money from them.

In the case of The Tinder Swindler, the popular online dating app was the duplicitous platform of choice by pretend billionaire Simon Leviev (real name: Shimon Hayut). He lured women into luxurious locations before taking their money and running. Much like The Puppet Master, he told them his life was in danger if they didn’t pay these amounts. The film tells the stories of the women he conned and their fight to bring him to justice.

The full Netflix in February slate:

Sunday 6 February
The Hunt
The Photograph

Thursday 10 February
Into the Wind

Friday 18 February
The Cuphead Show!
One of Us is Lying
Space Force, season 2
Texas Chainsaw Massacre