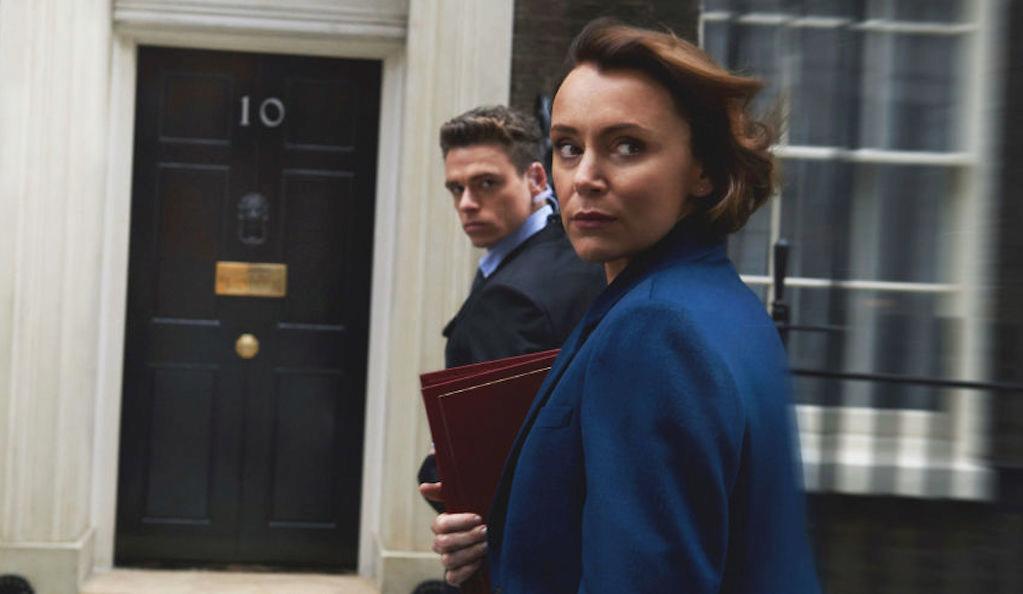 Bodyguard, BBC One
'I couldn't think of a better candidate,' laughed Line of Duty creator Jed Mercurio when it was suggested that Richard Madden might become the next James Bond. Cue nods from the press at the BFI London, who had just seen the first hour of the Mercurio's thrilling new drama on BBC One, Bodyguard.

Good looking, heroic in a crisis, and battling the effects of post-traumatic stress disorder (PTSD): Madden's portrayal of David Budd, a war veteran turned Specialist Protection Officer for the Metropolitan Police, has easy comparisons with Bond.

TRY CULTURE WHISPER
Receive free tickets & insider tips to unlock the best of London — direct to your inbox
But, where Daniel Craig's Bond looked upon Judi Dench's M with an almost childlike affection, Budd's feelings towards the woman he's tasked with protecting are a complex, tortured mess. She stands for everything he hates. Should he do his duty to guard the Home Secretary, or should he let his political beliefs get the better of him?

Stepping into the shoes of the ambitious and politically savvy Home Secretary Julia Montague is The Durrells actress Keeley Hawes, who turned to the then real-life Home Secretary Amber Rudd for inspiration.

'We were aware of parallels', said Hawes. 'So very much not playing Amber Rudd, that was not what we were going to do. But of course, she's a very good example.

'She's brilliant for me to research, and it's fascinating actually, it's changed my ideas of politicians... I ended up listening to a podcast on Radio 4 that Amber Rudd’s sister was giving, and she was talking about Amber Rudd’s upbringing, and being a child with her.'

Both Budd and Montague face gnawing daily frustrations as a result of their careers. Montague, as Home Secretary, finds herself waiting whilst Budd directs her car through safer (and longer) streets on the way home, and he sweeps her house for dangers.

'Awful. I don't know why you would choose it,' announced Hawes. 'It's different for me, I have three children, so I can't imagine something like that taking over my own life. You'd give yourself over, that would be the only way to deal with it.'

For Budd, his life and mental wellbeing are rocked by something much more damaging than the trappings of political life. The PTSD Budd suffers from soils his personal relationships and contaminates his work.

'It’s very hard to get people to talk about PTSD,' said Madden. 'I have a couple of friends who were in the army, and even getting them to talk about their experiences was very difficult.' 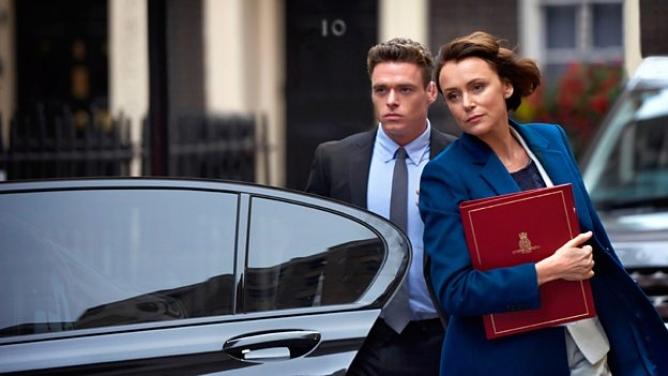 'We felt there was a responsibility to do it in a responsible way,' added Mercurio. 'We felt it was important that it was stressed to the character that he should speak help, that it was a treatable condition and people with it should take every opportunity to seek treatment.

'If he declares his condition then that’s a hiatus in his career and that’s something he wants to avoid. So, we were trying to create a fine balance between being sensitive to the subject in general, but being courageous enough to deal with the specifics of that character.'

Budd's complexities are a part of what drew Madden to the character: 'This man who deeply cares, and wants to protect, but then also has these strong political opinions... I was attracted to someone who was constantly fighting within himself.'

Whilst we can hope that Bodyguard turns out to be the perfect Bond audition for Madden, we rather suspect that we'll be dealing with a drama that proves to be grittier, realer and perhaps more exciting than James Bond.