Wimbledon is back on court for 2022. Here are some of the best places in London to catch a match this summer 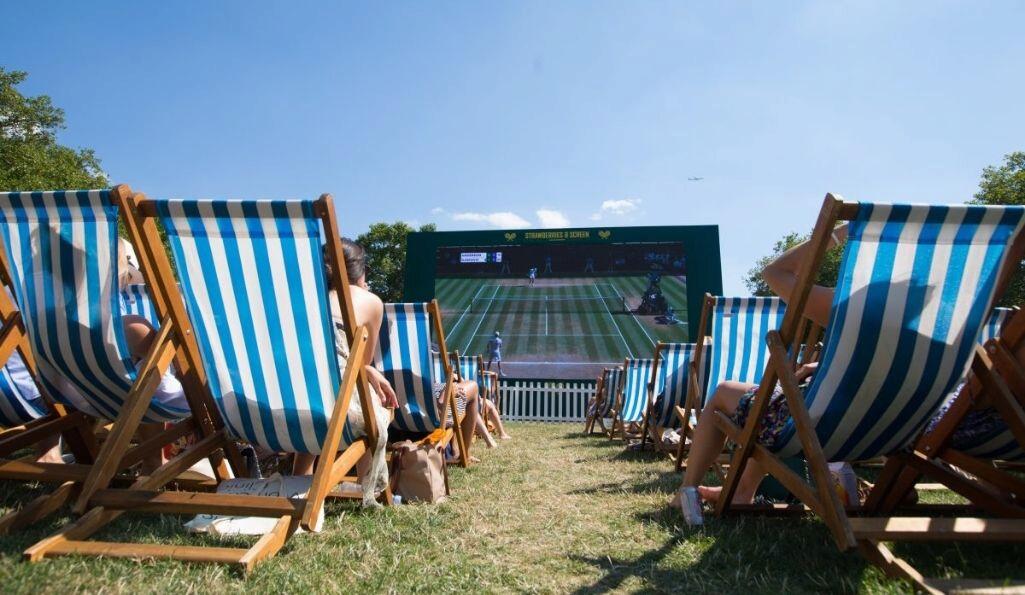 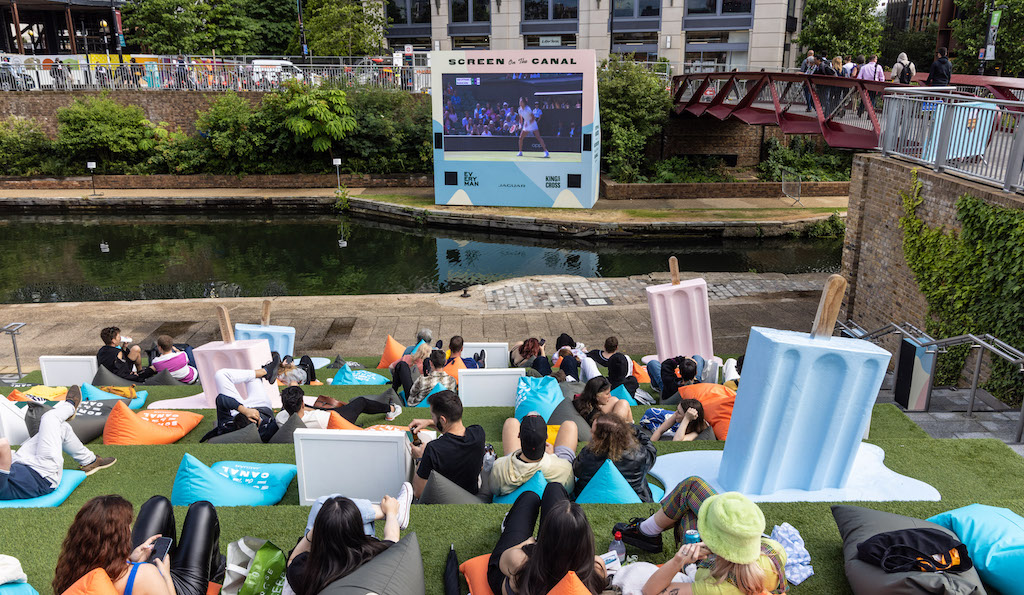 Everyman's Screen on the Canal returns to King's Cross, setting up camp on canalside. Here, punters can watch matches on one of the biggest and best-quality outdoor screens in London from the grassy steps at Granary Square. Now a socially distanced affair, you'll want to turn up early to secure a spot. 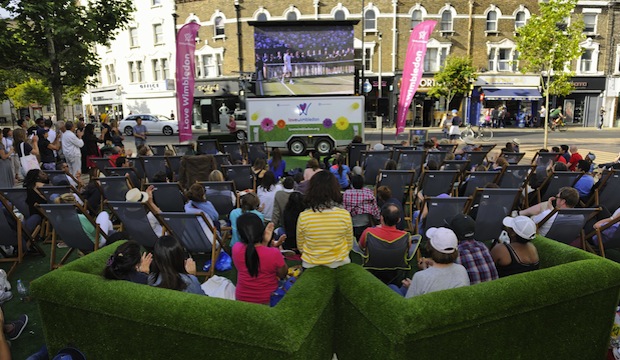 If you don’t fancy the scramble for space on Henman-Hill-turned-Murray Mound, but still want to be close to the live action, head to Wimbledon and find a deckchair at the Piazza, where a lawn of faux grass has been laid out and a giant screen is showing the games going on close by – you’ll hear the odd cheer from the court. The Big Screen is operating with social distancing measures in place, so spaces are limited, and the screen is not showing matches for the finals weekend. 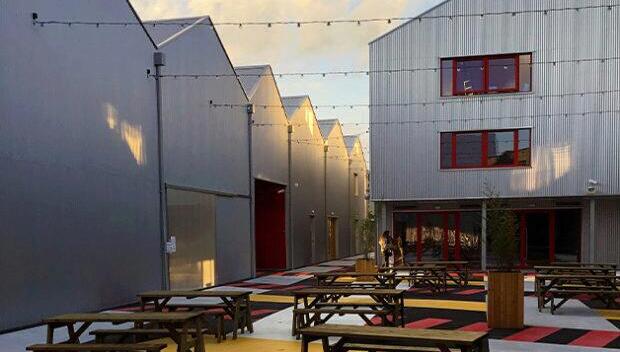 Saving its coverage of the action until the final throes is new east London beer garden Hackney Bridge. Nestled within the sheltered courtyard, this screen offers a chance to catch a semi-final or final match of your choice, while sipping on local brews and tucking into street food from the likes of Holy Crumpet and, if you’re lucky, local pastry maestro Willy’s Pies. 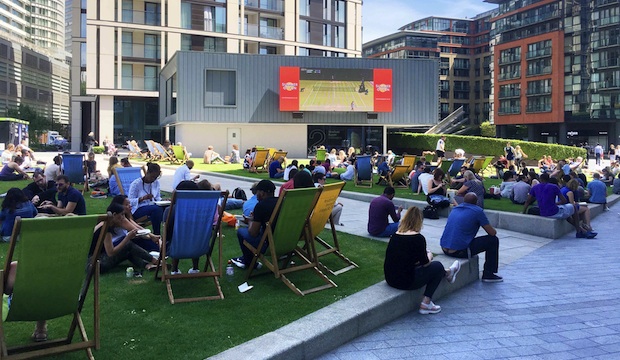 Over in Paddington, the big screen returns to Merchant Square, where it's serving up matches throughout the Wimbledon run. Perched right beside the canal and with space for over 100 people, it’s a relaxing spot to enjoy a game of tennis. Sit on the lawn with a free blanket or nab a deckchair (also free) and make yourself comfy. If you're feeling peckish, check out the many street-food vendors dotting the square.

Strawberries and Screen at Duke of York Square 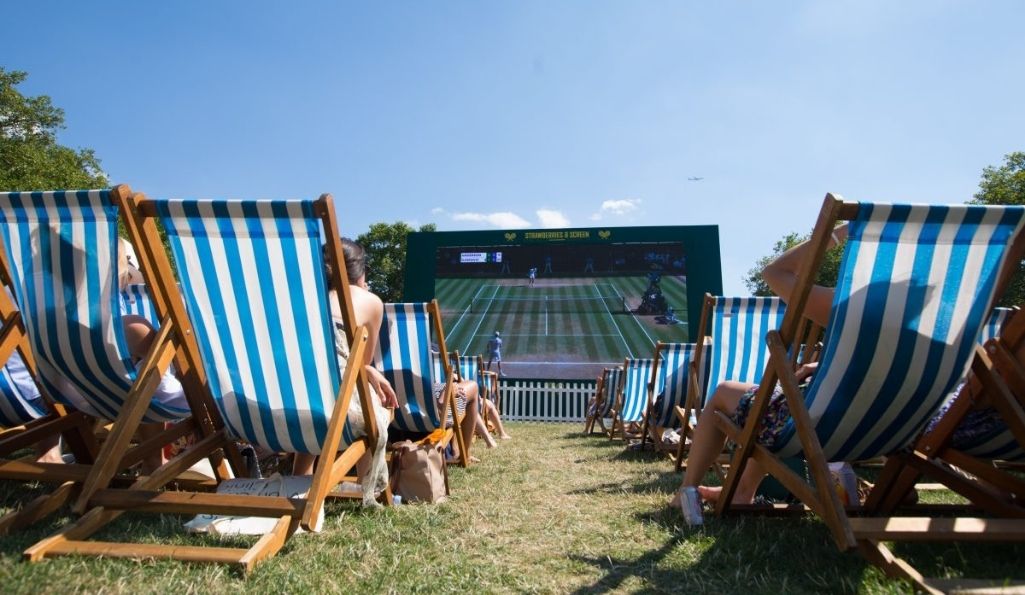 For the chance to watch the championships with a side of something sweet and delicious, head to Duke of York square in Chelsea, where a giant screen is capturing the semi-finals and finals, while the pop-up Partridges bar is serving up champagne, Pimms, and strawberries and cream – an appropriate antidote to bruised spirits.

Oppo presents: Wimbledon at the Scoop 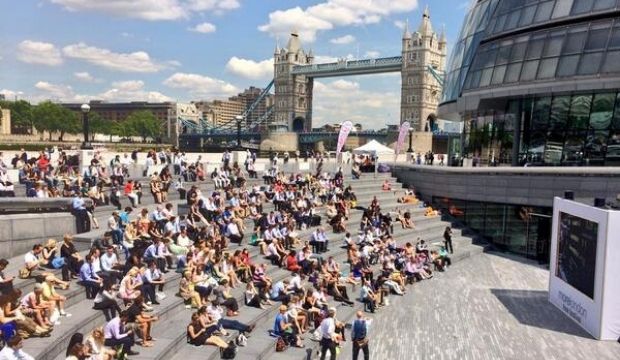 As part of its Summer by the River festival, The Scoop by Tower Bridge is screening the first weekend of Wimbledon matches, from Thursday 30 June - Saturday 2 July, 11am until close of play. Two hundred free tickets are available every day, each coming with a complimentary cocktail. As an added sweetener, OPPO is giving away six pairs of tickets to attend Wimbledon at the All England Lawn Tennis Club.

If a celebratory atmosphere is as important to you as the tennis itself, head to Covent Garden, where a giant screen is showing matches as from 27 June - 10 July. Taking over the East Piazza, screenings can cater for over 200 guests, with jugs of Pimm's and portions of strawberries and cream available to buy on site. 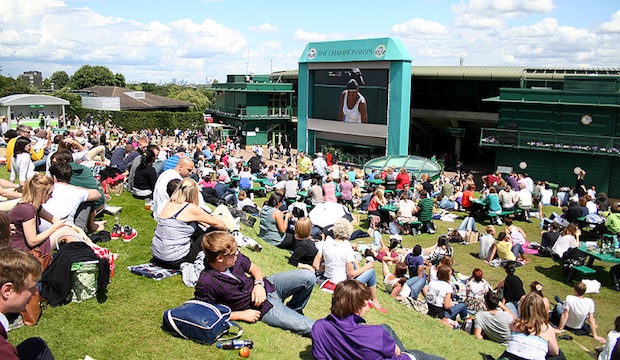 The best seat in the house for the London screenings of Wimbledon Finals weekend has to be on Henman Hill/Murray Mound, a grassy area behind Court No.1 where ground pass holders can pay around £25 to watch the tennis on the Wimbledon grounds. This is the most atmospheric place in the capital to watch those nail-biting tiebreaks but, be warned, the British weather is about as unpredictable as Murray on a bad day. It can also be tricky at times to find a spot – especially in Covid times, when the site is likely to operate at limited capacity – so come early to lay claim to your patch of grass.

How to get Wimbledon tickets on the day?

While seat tickets for the finals are like gold dust and a ballot-only affair for those without high-profile contacts, you can still get ground passes on the day at Wimbledon, which gives you access to the big screen on the hill. Once inside, visitors can join the avid tennis fans in soaking up the atmosphere or take a seat on any of the outside courts (excluding Centre Court, Court 1 and Court 2). 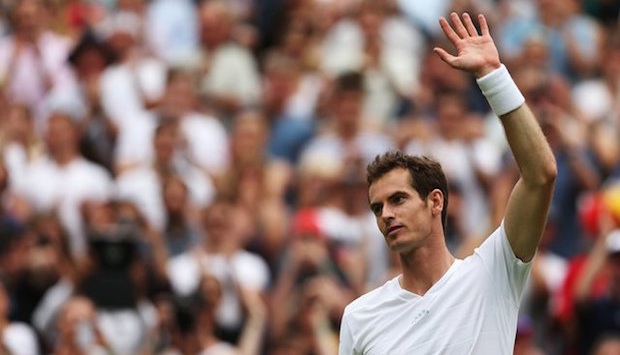 What about the queue for Wimbledon tickets 2022?

While the queue can be lengthy, an early arrival by 6am should allow you to reach the gates by the start of play at 11.30. Hardcore fans might want to camp overnight for the first available seated tickets on Centre Court, No.1 and No.2 (a surprisingly jovial affair in Wimbledon Park nearby). However, our sneaky tip for first timers is to arrive mid-afternoon when corporate clients begin to filter out of their seats and the queue subsides. Prices plummet as the day comes to an end, but on sunny days matches continue until 9pm. 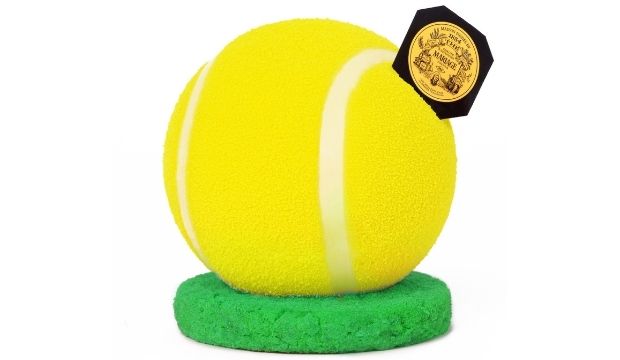 If you'd rather indulge in delicious, Wimbledon-themed dessert than watch balls fly across the court, head to luxurious French tea emporium Mariage Frères and sample its life-sized tennis ball dessert. Perched on a green 'court' of shortbread, the sunshine yellow pudding comes filled with a soft mara des bois strawberries and pink rhubarb confit, and is covered in a white chocolate ganache, flavoured with the company's signature London in Love tea.

Wimbledon: Where to Eat 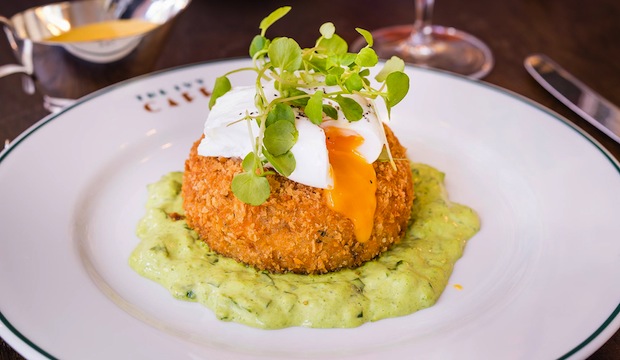 The Ivy in Wimbledon

The Ivy Café
If you're in the mood for a little bit of upmarket dining, not to mention some celeb spotting, book a table at Wimbledon's branch of this iconic chain.

Black Radish
Black Radish has the fresh, ultra-seasonal and beautiful-on-the-plate approach of some of our favourite chefs.

Click here for more information and to book
Where: 28 The Ridgway, Wimbledon Village, London SW19 4QW

The latest trough in the ever-growing restaurant empire of the Gladwin Brothers (of The Shed, Sussex and Nutbourne fame), Black Sheep will offer SW19 residents a taste of the Sussex countryside, with a menu curated by brother Oliver, using produce farmed by brother Gregory, while brother Richard transforms the space once home to the White Onion, into a rustic dining room visitors will want to linger in.

Sticks'n'Sushi
This chain originated in Copenhagen, but the business has since expanded and now serves its cut-above-the-rest sushi and yakitori sticks in several London outlets – including one in Wimbledon.

Light on the Common
A light bright conservatory space that makes a lovely spot for lunch or dinner, practically on the Common, with daily specials on a chalkboard menu.

Rajdoot Tandoori Restaurant
In the heart of the Village, this family-run Indian restaurant is very popular among tennis players.

things to do in london