We interview Charlie Kaufman: “Maybe there aren’t a lot of happy endings in life.”

Ahead of his new, Oscar-nominated film Anomalisa, we take a look inside the mind of Charlie Kaufman, writer of Eternal Sunshine and Being John Malkovich 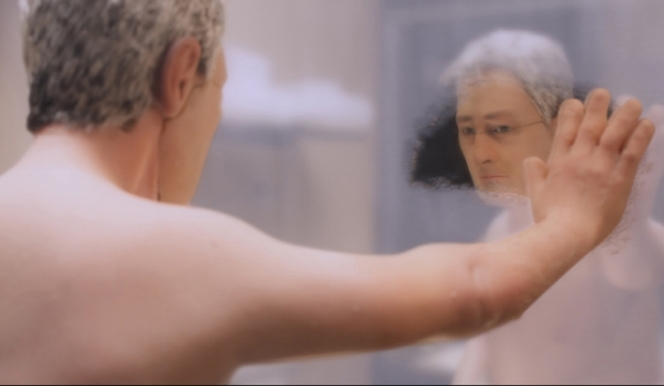 His past credits include existential masterpieces Being John Malkovich, The Eternal Sunshine of the Spotless Mind and Synecdoche New York. This March, the inimitable Charlie Kaufman again explores themes of isolation and failures of communication in new film Anomalisa: a brilliantly conceived and sensitively scripted piece of filmmaking.

Described as “the most human film of the year” – without featuring a single living human – Anomalisa marks Kaufman's first foray into animation, which he co-directed with stop-motion filmmaker Duke Johnson.

Culture Whisper's India Halstead caught up with the directing duo in Soho to discuss their new film. 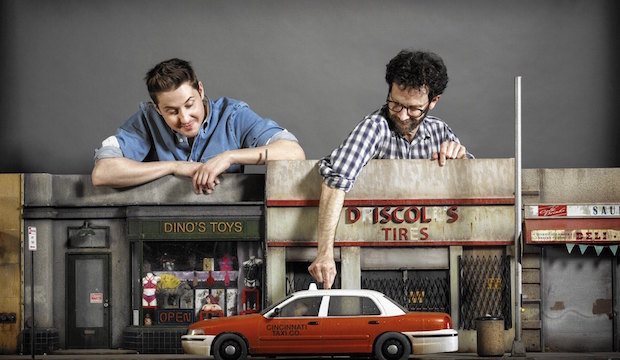 Kaufman and Duke drift into the cosy sitting room of the Hazlitt's hotel, bleary-eyed, after a late night promoting their film. Apparently I'm their last stop after a six-month promotional tour – no wonder they look exhausted.

Just as we begin speaking, an elderly couple burst into the room, apparently taking a tour of the hotel. We all look round at them, slightly bemused, as they chatter on unaware, admiring the decor and the tea set before us. They wander out again cheerfully. Kaufman raises an eyebrow. Suddenly everything feels slightly surreal, as if we've just been landed in one of his movies.

Anomalisa follows Michael Stone, a 'legend' of the customer service industry, who has come to the rainy city of Cincinnati to give a motivational talk. The film seeps with bleak monotony, maintained by numerous surreal directorial decisions, in true Kaufman style.

read our Full Anomalisa review
“It’s more simple structurally than the other films I’ve made”, says Kaufman (though as anyone who's seen Adaptation or Synecdoche New York knows, that's not saying much). It was originally written, he tells me, as a radio play. “It’s kind of cool, because if I had written it to be animated, it would have been more similar to other things I’d written.”

The original radio play featured the same three person cast as the film: David Thewlis as Michael Stone, Jennifer Jason Leigh as the 'anomalous' Lisa and Tom Noonan as...everyone else. From taxi-driver to hotel concierge, wife to ex-girlfriend, we quickly realise that the people around Michael all sport the same languorous American drawl. Kaufman had the idea, he says, reading about the "Fregoli delusion" – a mental disorder where someone imagines the world around them populated with multiple versions of the same person. 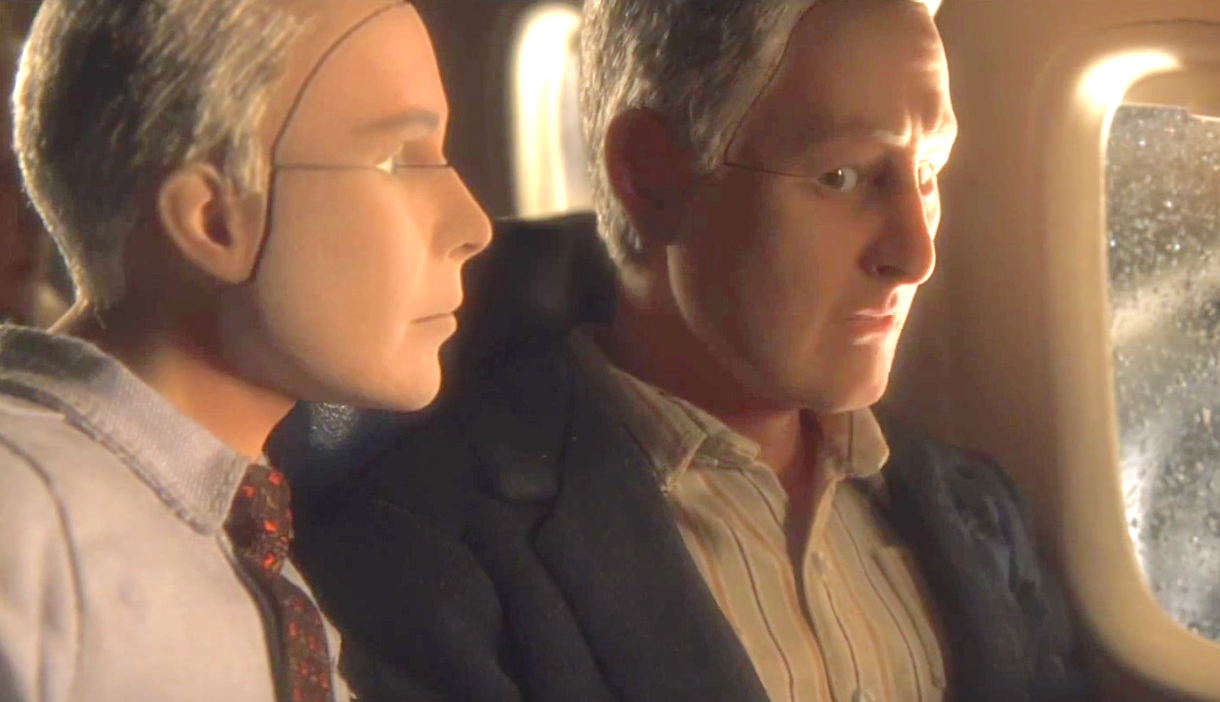 For the film, Kaufman and Johnson took the script's ideas one step further – the same features are replicated on every puppet's face (except for Michael's and Lisa's) but with different hair and clothes. It's an eerie experience that would not have been nearly as effective were Anomalisa a live-action film. The homogeneity of the world around Michael is, Kaufman says, "something people don’t even recognise right away, because they’re puppets."

As Michael’s condition steadily dawns on the viewer, we feel as if we are suffering from it too, frustrated by its monotony. Kaufman is often praised for his ability to transform the emotional into the visual. In Anomalisa, it is loneliness, personified; like a strange kind of synaesthesia. “It’s exciting to me if that happens," says Kaufman. "A lot of the time, it’s just me trying to put myself into an area that I don’t understand, or that I don’t know how to articulate, and see if I can explore it.”

Kaufman frequently draws on his own experiences. The idea for Adaptation came as Kaufman was himself attempting to adapt Susan Orlean's The Orchid Thief. He decided instead to write a script that detailed his own struggles at the process. “I think that it’s probably not possible – or even desirable – if you’re writing something for it not to be autobiographical. I mean – what else ya got?” He laughs, then his brow furrows in sincerity. “If you’re gonna be true, then you have to put yourself in your work. I try to.”

But autobiographical element here, says Kaufman, is less specific. "I don’t have that problem, where everyone sounds the same to me. But there’s something about that idea that resonates with me – of not being able to fully interact or connect with people."

Kaufman’s films often address the idea of failed romance within their existential frameworks. Eternal Sunshine of the Spotless mind, for example, sees a couple eliminating the pain of their break-up by erasing their own memories. In Anomalisa Michael is incapable of committing to the women in his life. “Relationships and romance and all those things are very present in my existence." says Kaufman. "have a lot of longings, and so I suppose I find it something that I gravitate towards." He continues, “There aren’t a lot of happy endings in my movies. I think maybe there aren’t a lot of happy endings in life.”

One of the most significant moments in the film is the sex scene. It's been praised by many for its realism: breaking from the formulaic Hollywood mould. “We were very aware of Team America" he goes on, "and the idea that puppet sex is funny to people conceptually. And we didn’t want that to be the experience for this scene". The result is an touching, awkward and accurate portrayal.

But, says Johnson, there were still plenty of directorial decisions to make. "Things like 'does she wear a merkin?" (If you're wondering – she does.) 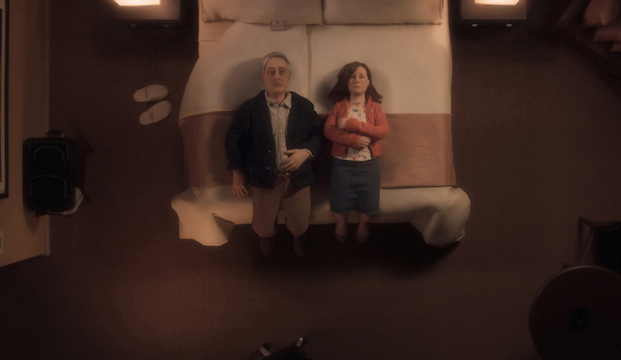 Kaufman and Johnson's film is a rare thing. Despite the fact that we are watching interactions between inanimate objects, it's an utterly absorbing, believable world. We dive in headfirst, and on leaving the cinema the world seems momentarily to have shifted. You can almost hear that homogenous American voice in the people on the street; see the uniform faces of the puppets in passers-by.

“Whenever I hear that response about anything that I’ve written," says Kaufman, "it’s, like, my favourite thing. If someone comes out of the movie theatre and the world looks different in some way, then that’s amazing. That’s what I want in an experience as a moviegoer. It’s sort of cool to hear.”

With Anomalisa Kaufman and Johnson have made a movie that is profound and utterly original. May they make many more.