Luca Guadagnino, A Bigger Splash interview: "Humankind is fragile, and I like that."

We talk to the Bigger Splash director Luca Guadagnino about The Rolling Stones, David Bowie, and why he'd never call Tilda Swinton his muse 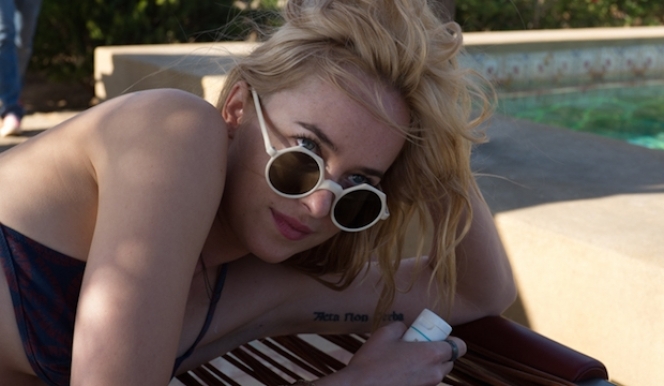 Dakota Johnson, A Bigger Splash
Luca Guadagnino is an auteur of Italian cinema with a directorial eye like few others. In 2009, he swept up awards with I Am Love, leaving a trail of fawning critics in his wake. He’s now returned with A Bigger Splash, that borrows its title, and something of its ambience, from the famous painting by David Hockney.

We met up with Guadagnino in a suite at the Soho Hotel to talk about this shimmering psychodrama, and were struck immediately by the director’s eccentricity. He switched from impassive to incredibly animated at the drop of a hat, by turns leaning back in his chair looking bored and slapping his thighs in excitement. He spoke in a heavy Italian accent as our discussion ranged from human fallibility to Ralph Fiennes’ dad dancing.

What made you decide to remake La Piscine?

I love the idea of this quartet, being entangled in a web of desire. That was what allured me regarding La Piscine, but I haven’t seen La Piscine since I was 16 and I haven’t watched it again since I decided to make this movie. So, it was a free improvisation, on the same background.

Desire is a central, driving force in your work. Does your film characterise desire as something lethal? Are you revelling in that notion that, as Ralph Fiennes' character says, "we are all obscene?"

Desire is an aspect of human behaviour – you can't judge it. You have to just explore and search for it. Humankind is fragile, and I like that.

That seems to be the essence of your film: it’s all about human fallibility.

The title makes reference to David Hockney’s painting of the same name. What drew you to it?

The Hockney always drew my attention in a very strong way. It is a work of art that – in its complete simplicity – seems a bit superficial. But if you really dig your gaze into it, it raises so many questions about what is happening in the painting – and the form of the painting itself, its surfaces, how it plays with surfaces and colour and shape. It’s a tremendously layered piece of art that was really, really influential for me before I decided to make the movie – and became completely timely when I started to think of a movie in which something happens in a pool.

And I love the title.

"Nothing is further from the concept of being my 'muse' than Tilda"
You've worked with Tilda Swinton many times. Some might say she’s your muse. Did you always have her in mind for this part?

I think nothing is further from the concept of being my muse than Tilda. Because – what is a muse? A muse is usually a woman who is there to inspire a man, usually, who is actively creating. And the muse does nothing but just inspires with elegance and beauty. An object – and Tilda is not like that. I don’t seek such a relationship with anybody. I prefer to have partnership, collaboration, engagement, challenge, that’s what I like: challenge. That’s what I want – so I don’t think Tilda is my muse.

How collaborative was the project with her?

As always it’s fun – and it’s work. It’s being displaced, and it's being surprised. It’s great.

Tilda's character Marianne is – because of her throat operation – practically silent throughout the film: it really alters the power dynamics work within the group.

That’s Tilda’s input. The 'not speaking' thing. She was intuitive: she understood that, because Harry was such a storm of words, it was very strong. She couldn’t find the words – literally. And she had to find another way to communicate. It’s great and I think it’s enjoyable in the movie. 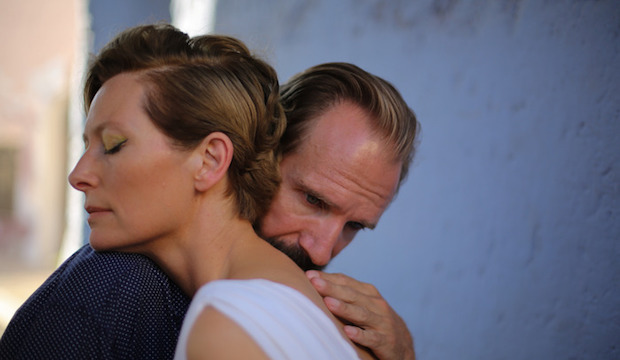 This is also a side of Ralph Fiennes that we’ve never seen before. One of the most memorable scenes is where he's 'dad dancing' to Emotional Rescue by the Rolling Stones. Did you need to coax the comedian out of him?

I saw him in the trailer for The Grand Budapest Hotel and I saw the lightness of this 'Mr. Gustav' and I thought “My god, I love Ralph Fiennes so much and I've never seen him do anything like that – maybe it would be interesting for him to play this character”. And so I met him, and he said yes... He’s a great artist. He can play every single instrument and every single note.

The landscape is practically a character in its own right. What made you decide to move from St. Tropez where La Piscine was set to this arid, Sicilian landscape?

I wanted a landscape that could impose itself as a character, like you said. But I also wanted this character of the island to be disruptive, of the self-indulgence of this quartet being drawn to one another. I wanted someone – the island – to shatter that, and to crack that, and to disturb that – and I think Pantelleria plays a great role in that. 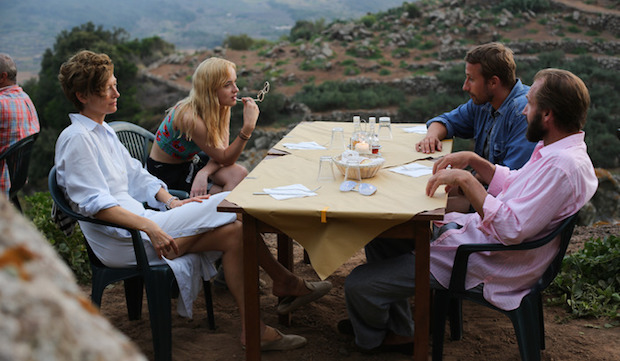 "[Bowie] is in our subconscious... He is in our skin, under the skin."

The similarities between the character of Marianne Lane and David Bowie are notable. Was the reference intentional?

Of course. When you think about the big rock personas you think of all the typical legends. We thought about Chrissy Hynde and Róisín Murphy, but Bowie came out, because – in a way – he is in our subconscious. Such a legend. He is in our skin, under the skin.

Does Marianne's silence lament a loss of the golden days of Rock 'n' Roll?

I don’t lament anything – I want to be objective, and I want to portray what is happening now. The nostalgia for a past that is not anymore – and a present that is exploiting the energy that came from the past, for a simply decorative effect. So there is a clash there.

What's next for you?

I am working a lot on a movie that I am going to do in the fall called Suspiria. And I am also working on a movie that I am producing right now called Shadows from Within which is a documentary about an Italian journalist who has been kidnapped, abducted in Syria 5 years ago. Some stuff.