Catch up TV: 2015 best series to binge watch this winter

Exhausted all the best box sets already? TV insider Preethi Mavahalli recommends the exciting series you might have missed 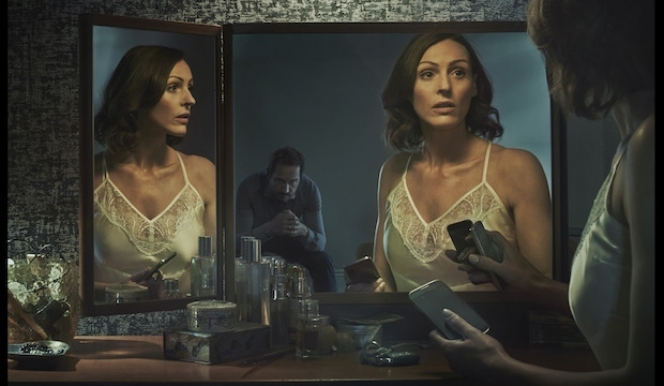 This thrilling relationship drama, written by Mike Bartlett for BBC 1, is now available to binge watch here. The show kept its audience on the edge of their seat this autumn. Mike Bartlett, one of Britain’s most loved playwrights, created a truly unmissable series about a successful woman who discovers her husband is having an affair. Starring Suranne Jones, a tour de force in the lead role, the drama captured the imagination of 10million viewers and was compulsive viewing. Definitely one to check out if you’ve missed it. Watch out for its explosive finale!

Amazon are now a big player in the world of television drama and Mr Robot was one of a number of original series released this year. Telling the story of a young hacker suffering from mental illness who is recruited to attack corporate America, this was a topical and provocative drama brilliantly executed. Twists and turns galore, will make you want to whizz through the whole series! Catch up here.

Cleverly picked up by Sky Atlantic this year, this Italian television crime drama based on the book Gomorra which was also turned into an award-winning film in 2008, is a definite must-see. The television series, inspired by real events, delves into the world of the mafia in Naples and brings the grim violence of the streets to life with real style and flair. Compelling boxset drama at its best. Thank god there’s a series 2 on its way! Watch the first series here.

People Just Do Nothing, BBC Three

Technically not a drama but a mockumentary about fictional pirate garage radio station, Kurupt FM, in Brentford. The show has become a flagship one for BBC Three, starting out on youtube, then commissioned as a cult hit pilot and now into its second series which was the BBC’s first ever exclusive iPlayer launched show. Absolutely magnificent character performances, it’s a hilarious laugh out loud show. As it goes from strength to strength, it has even transcended television with the team doing club nights in character. Biggup the Kurupt FM mandem! Catch up now.

This new comedy-drama series Tripped for E4 is by Jack & Harry Williams, the writers behind engrossing drama The Missing. Seeing the return of Blake Harrison from The Inbetweeners to our screen as Danny, Tripped is a bromance about best mates Danny and Milo (played by newcomer George Webster) who find themselves having to jump through parallel universes on a mission to get back home. The show also stars this year’s BAFTA winner for Best Actress, Georgina Campbell. If you want a bit of entertaining fun over the festive holidays then give this comedy-drama-romantic-scifi-thriller a go!