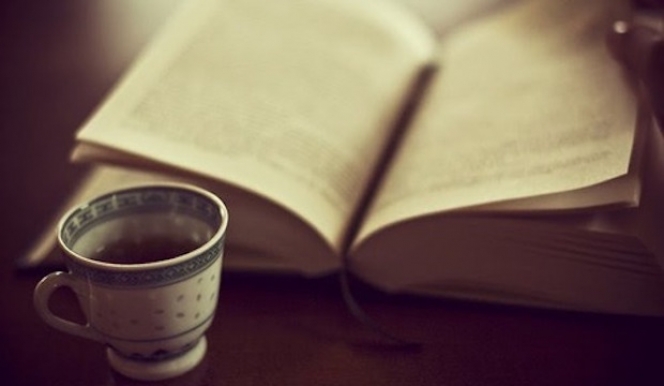 The autumn literary awards season means that the year's blockbuster novels tend to be released before the leaves fall (to catch up, read our guide to best autumn reads). Come December, we're craving lighter reads and more mediative prose to devour by the fire and distract us on long journeys.

Ten years after her last book, mighty Irish writer Edna O'Brien has returned with a vengence at the age of 85 with this dark, thrilling story of a war criminal settling, undercover, on the West coast of Ireland. As lyrical ever ever, O'Brien's prose is particularly haunting in this latest work, which falters between horror and comedy. The kind of book that demands to be consumed in a single setting, The Little Red Chair is already being hailed as O'Brien's masterpiece.

The inimitable Ali Smith, who dazzled us last year with How to be Both, returns with a new book about the wonders of books. Over a series of spirited short stories, in an ingenious blend of fact and fiction, Smith delves into the formative value and democracy of reading. Without directly writing about libraries of tackling the politics of arts cuts, she intersperses each story with different people's reflections on what borrowing books means to them. The result is a love-song to literature that all readers will delight in dipping in and out of.

Grief is the Thing with Feathers, Max Porter

Less a novel, more a Post-Modern reimagining of the story-telling form, this deeply tender exploration of loss is as warmly witty as it is achingly sad. Perfect for long winter nights, Max Porter's astonishing debut about despair, healing and a strange feathered visitor has caused ripples in the literary world, heralding the arrival of a pressing new talent. The beguiling prose interweaves essay, novel and myth and will make you want to take your time and savour each page.

The River is the River, Jonathan Buckley

Though his short stories then debut novel Nostalgia impressed critics and bagged a few awards, Jonathan Buckley has not quite hit mainstream. The River is The River is set to change this. Multi-layered stories meander between lost soul Naomi, her novelist sister Kate and the furthest reaches of tribal jungle. As Naomi plans to relocate to rural Scotland with prophet-like figure Bernát, Jonathan Buckley's intricate, absorbing series of stories flow into each other in a forceful narrative current to a final chapter that's so spell-binding we read it again immediately.

If you want the literary equivalent of binging on a box of Quality Street, Luckiest Girl Alive will hit the spot. Just like Gone Girl and Girl on the Train, this American bestseller is chick-lit turned thriller with a twist. TifAni FaNelli, with the titular superlative luck, has a dark past lurking beneath the poster girl perfection. She will soon be immortalised on screen by Reese Witherspoon in a big budget Hollywood adaptation. Sure, the plot is not nuanced and the prose isn't a work of art, but boy is it readable. Writer Jessica Knoll's rich experience in the world of American women's magazines makes for wince-inducing insights into constructions and perceptions of female perfection, with sharp wit and relatable observations. It's not quality fiction, but it's sharp, sweet and frothy enough to make long journeys and cold nights whizz by.

Dodge tacky celebrity biographies and expand your mind this Christmas with the enlightening selection of 2015's new non-fiction books. And with subjects spanning from ballet to social media, there's enough to delight even those people who have everything.

The much-pondered impact of digital media on human minds is examined with insight and eloquence by writer and critic Laurence Scott. The Four-Dimensional Human brings logic, literary reference and structure to the nebulous digital realm, reflecting on the unmapped repercussions our online lives have upon reality.

The impenetrable web of technology can make for dry, data-heavy prose, but Scott animates the science in a playful, penetrating portrait of life in the internet age, that will engross computer nerds and technophobes in equal measure.

High-flying journalist and busy mother Rachel Kelly recorded her recovery from crippling depression in compelling memoir Black Rainbow, a Sunday Times bestseller that undercut the harrowing account of mental illness with the restorative beauty of poetry.

Now, she shares her survival tactics in Walking on Sunshine, a life-affirming guide to a whole year of happiness with '52 small sanity-saving tools' and tips to stay calm and positive. Without a pinch of preachiness or soppy self-help platitudes, Kelly's warm, practical tips feel like a wise old friend, putting things into perspective and soothing even the most frazzled of spirits.

Getting the heart of our island from the edges in, nature writer Patrick Barkham tells the story of Britain's shores through a series of seaside walks. Part paean to our bijou beaches and craggy coastlines, and part socio-historical record, from pirate pillages to amusement arcades, Coastlines is as bracing as a seaside walk. It's thorough enough to satisfy seasoned naturalists and varied enough entertain the mildly curious.

Carlos Acosta at the Royal Ballet

As ballet's brightest star prepares to take his final bow, this glossy photo-book celebrates Carlos Acosta's greatest moments dancing with the Royal Ballet. Collected from a stellar career of almost 20 years, 150 images reveal the dancer on stage and off. There's candid rehearsal snaps, action shots of the enchanting Romeo and Juliet opposite Tamara Rojo, plus written tributes from Royal Ballet Directors.

We loved Jonathan Bate's biographies of Wordsworth and John Clare. Now the literary critic and biographer, who weaves the academia, intrigue and creative quirks of poets' lives into compelling narrative, turns his attention to Ted Hughes.

With notoriously tumultuous marriage to Sylvia Plath, wild verse and craggy good looks, Hughes is among modern literature's most beguiling subjects. This masterful biography has already been hailed as definitive by the literati. But it's by no means just for academics; this a literary life more fascinating than fiction.

Generations of bibiophiles have cut their teeth on brightly coloured, informative books from Ladybird. Now, with a pinch of nostalgia and plenty of droll humour, the publishers have released special new editions of their books for grown ups. Tackling conundrums such as The Hipster, Mindfulness, and The Hangover these sweet little hardbacks pack a punch. Written by the comics behind TV series Miranda, they are sure to raise a laugh and make for lovely stocking-fillers.

"There is no single story of Rome, especially when the Roman world had expanded far outside Italy," writes Cambridge Classist Mary Beard. Yet, her tour of the ancient world, from the rise to the fall of this colossal ancient empire, from Africa to Great Britain, through the ideas that still inform Western concepts of power, citizenship, responsibility, luxury and beauty, does its best.

Written with an easy style rare in a Cambridge professor, this book has earned fantastic reviews in the Nationals and is one of our favourite reads this Christmas.

Looking for books for little readers and young adults?

Read our guide to the best children's books of 2015