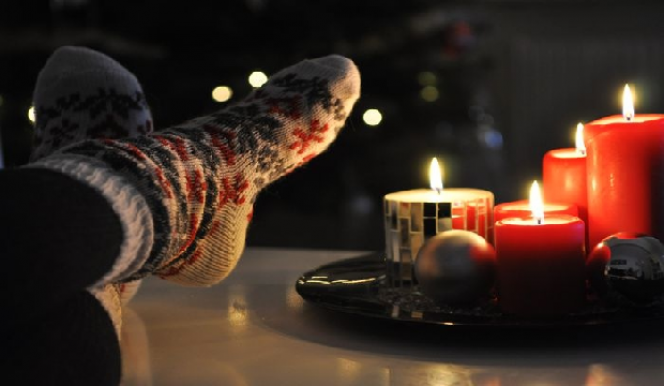 TV Highlights: the best winter TV 2015
Christmas is the perfect time to snuggle up with a blanket in front of the telly...but what to watch? We've seen the memo about the Sherlock and Strictly specials and Downton Abbey's old news – but what's slipping under the radar? Put down your Radio Times and marker pen: we've sought out the six most exciting TV programmes on over Christmas 2015, so you don't have to.

The Last Panthers, Sky Atlantic, out now for catch up

Penned by Jack Thorne (This Is England '86, '88 and '90 and the hotly-anticipated Harry Potter Play) The Last Panthers kicks off with a diamond heist before delving into the dark heart of Europe where a shadowy alliance of gangsters and 'banksters' now rules. A stellar cast is led by Samantha Morton (Minority Report, Longford) a Brit charged with recovering stolen diamonds, and John Hurt stars as her nefarious husband Tom. Catch up on what you've missed

A Very Murray Christmas, Netflix, out now to stream

This winter, Bill Murray brings an extra-special dose of holiday cheer to Netflix with the premiere of an all-star all-singing, all-dancing directed by Sofia Coppola. Set in New York City’s iconic Carlyle hotel, A Very Murray Christmas opens with Murray preparing, reluctantly, to host a live holiday TV special. When a blizzard shuts down the production, he makes the best of the situation by singing and celebrating with unwitting acquaintances, hotel employees and anyone else who drops by. The star-studded ensemble features George Clooney, Chris Rock, Miley Cyrus, Amy Poehler, Michael Cera, Maya Rudolph and Jason Schwartzman.

And Then There Were None, BBC1, December, Boxing Day 9pm

A new modern adaptation of Agatha Christie’s And Then There Were None celebrates the 125th anniversary of her birth. Set in 1939, the story follows 10 strangers invited to the isolated Soldier Island by the mysteriously absent Mr and Mrs U.N. Owen. The scene is set for the murder that soon follows, and the group are left to wonder if there is a murderer among them. Poldark’s Aidan Turner returns to screens in all his chiselled glory to play Philip Lombard; he's but one of a distinguished cast that includes Charles Dance, Miranda Richardson, Anna Maxwell Martin, Douglas Booth and Toby Stephens. No trailers yet, but we're keeping our eyes peeled. 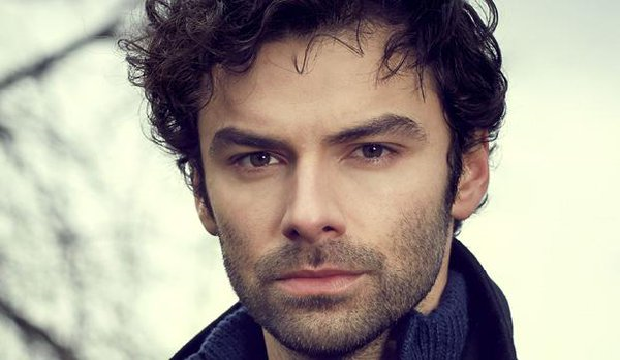 Dickens’ characters are freed from their narrative restraints and brought to life in the upcoming BBC 20-part series: Dickensian kicks off on Boxing day with . The series looks to be an unlikely marriage of classical Victorian literature and modern soap, with a more enticing, mischievous take on the classic literature than your standard Dickens screen adaptation. Look out for Pauline Collins as Mrs Gamp from Martin Chuzzlewit and Caroline Quentin as Mrs Bumble from Oliver Twist. 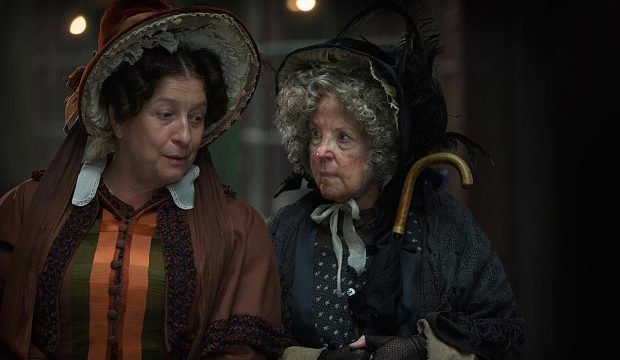 The new six-part adaptation of Russian author Leo Tolstoy’s famous epic novel has been placed in the trustworthy hands of BAFTA-nominated English film director Tom Harper. Coming this winter to quench our thirst for period drama, this version of War and Peace stars the ever-lovely Lily James as Natasha, Paul Dano as Pierre and James Norton as Prince Andrei Bolkonsky. First watch reviews are in, and they're superlative.

Last on the list is this six-part adaptation of John le Carré's spy novel: The Night Manager tells the story of British soldier Jonathan Price (Tom Hiddleston) on a mission to infiltrate the inner circle of arms dealer Richard Onslow Roper (Hugh Laurie). Both stars have been tweeting images of The Night Manager's Swiss Alpine set, and the peak of the Matterhorn looks a suitably dramatic backdrop. The BBC have managed to call in an impressive British cast, with the likes of Olivia Colman, Tom Hollander and Russell Tovey also making appearances in director Susanne Bier's star-studded adaptation. We can't wait.