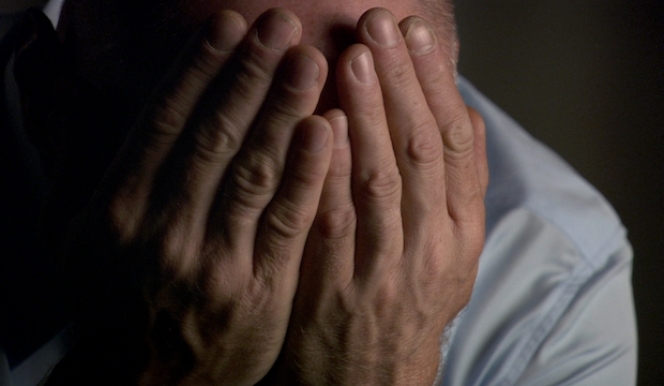 What lies at the heart of new documentary The Fear of 13 is sheer simplicity.

Director David Sington's recent film, features only one character, Nick Yarris. A man who, after 23 years on death row as a convicted murderer, petitioned to finally be executed, the majority of The Fear of 13 observes Yarris sitting in a stark cell wearing a blue shirt, telling his story directly to camera. He explains, in a considered and articulate way how he came to be imprisoned – and how he has coped.

Striking sound effects and intriguing reconstructions intercut Yarris’ monologue, but for the most part, Yarris is the centre of attention: and a captivating on-screen presence. We spoke to director David Sington about how it was to make a film entirely from the perspective of a convicted murderer.

Sington says that the monologue structure with Yarris as narrator was not planned from the outset. But once he had conducted the first interview with Yarris, he could see no other option: “It was obvious as soon as we got going that this wasn’t really an interview,” says Sington. “It was a recreation, a reenactment. He was reliving the experience and all the emotions: the anger, the fear, the pain. I thought that this would be the first interview and then we’d interview other people. But after we’d done all four days, at that point I saw we’d got humour, passion, reenactment, and what other material could go with this?"

“It would be a desperate lowering of the emotional tension to go and talk to a policeman or a lawyer. The way to do the film was a monologue.” And what a monologue: Sington’s choice to have the accused tell the story himself was inspired, and in taking the helm, Yarris leads the viewer on an incredible journey.

The film is ostensibly structured as a mystery: its events do not unfold chronologically and it poses many unanswered questions. 'Triskaidekaphobia', to which the title refers, was a word Yarris learned in prison from his voracious reading – one of the key mechanisms he used to cope while inside. For Sington, this strange word is representative of Yarris’ story: “That’s the heart of the film,” he says. “In the end, this is a film about a man who transforms his life by learning to read.”

Sington’s admiration for his subject is clear and he admits to being “blown away” by Yarris whenever he watches the film. So articulate is Yarris that it's difficult to believe none of his monologue was scripted. But, stresses Sington, the whole thing was spontaneous. “When he’s on the screen, he’s so eloquent and he’s such a powerful storyteller, because he learned from the masters: he’s read Elmore Leonard, Ernest Hemingway, Homer and Alexandre Dumas, and he has absorbed how to tell a story.” 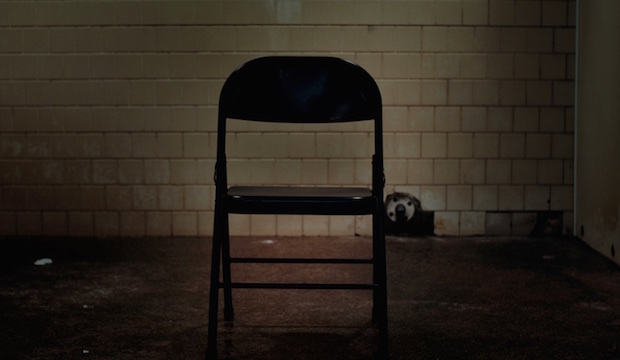 But Sington’s film does not shy away from showing Yarris in a negative light. “To go from somebody who was obviously just this junkie, drug addict, tearaway, thief, liar – somebody who was stupid with the police, who got himself in trouble by telling stupid stories and lies...to where he is at the end of the film: it's the most fantastic, personal, psychological journey, mediated through literature. That’s the real story of the film. It’s not about death row, it’s not about guilt or innocence, it’s about that self-transformation.”

Despite the subject matter, The Fear of 13 is surprisingly uplifting, not least because of Yarris' lack of bitterness. What might have been a film commentating solely on the failings of the US justice system instead becomes a life-affirming tale about love, hope and self-improvement.

Recent years have seen documentaries taking new and interesting formats. The Imposter, and Searching for Sugarman both managed to portray the drama in true life stories. Citing the likes of 2015 releases Cartel Land, A Syrian Love Story and Listen to Me Marlon, Sington believes that documentary is producing some of the most interesting stories available at the moment. “I think it’s an absolutely brilliant time for theatrical documentary,” he says. “They’re way better than the fiction that's coming out in the cinema. These films are funny, sad, exciting, and because they’re real, because they’re true, they stay with you and you learn so much. It’s absolutely fantastic.”