Ariane Labed talks to us about working with her husband Yorgos Lanthimos on The Lobster, and why she thinks there's no place for feminism in the film industry. 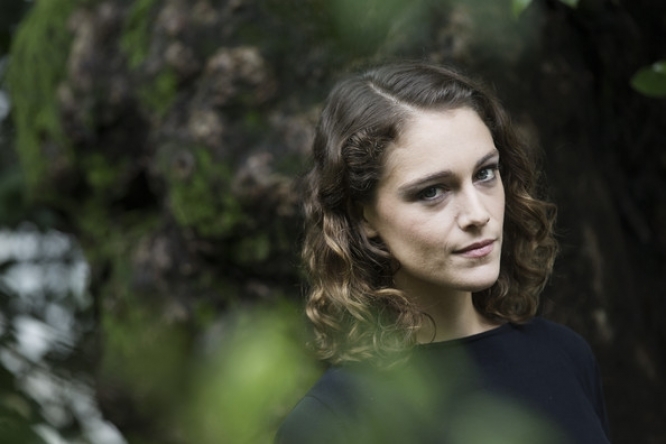 Ariane Labed
Ariane Labed is the name on the tip of everyone's tongue. The Greek-born French actress is due to appear in Macbeth director Justin Kurzel's upcoming Assassin's Creed, and has worked with some big names including Richard Linklater, Guy Maddin and Yorgos Lanthimos, to whom she's married.

She's been in a number of Lanthimos films, most recently his first English language film The Lobster starring Colin Firth, Rachel Weisz and a host of other international talents.

Like Dogtooth, the world of The Lobster is an unnatural dystopia: a parallel universe called 'The City' filled with rules on how to live – the overriding mandate being that people must be constantly coupled up, or suffer the consequences. If a couple separates, they are sent to 'The Hotel' – part rehabilitation centre, part prison – where this rule is re-enforced in increasingly brutal ways. If singletons can't find a mate after 45 days, they are transformed into an animal and released into 'The Woods'.

In his inimitably comic and often brutal style Lanthimos questions the modern world's conflicting compulsions both to pair off and remain single. Labed says "Yorgos puts people into extreme situations and observes them, throwing into question things we don't notice about ourselves. I think the power with Yorgos is that he makes you really think about why you do something – something you're used to doing in everyday life. In relationships, but also on a political level." Essentially, says Labed, Yorgos' films question "what we do, and why we do it."

The characters in The Lobster unquestioningly follow the rules imposed on them, even it causes them discomfort and unhappiness. "The funny thing in this story" says Labed, "is that the characters are stuck in these rules. Even though they love each other, they don't the power to imagine that they can love each other outside of the rules. So The Hotel is a prison, and the outside world is another kind of prison, built on this stupid, fake, superficial kind of connection between people." 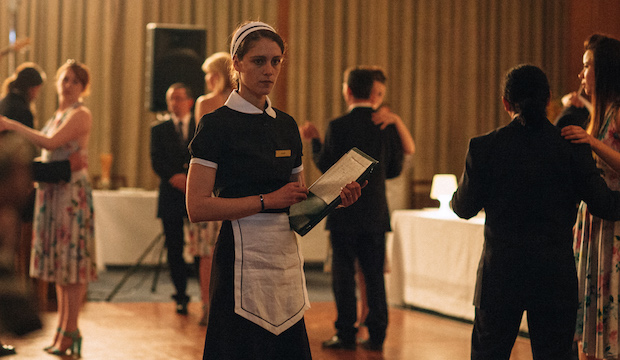 Lanthimos' methods are unusual, says Labed: he doesn't give his actors much time to rehearse, and offers them very little direction. "They way he writes has a rhythm, the text is huge and already gives you something of Yorgos' tone. But after that he doesn't tell you much! You kind of get lost in it. The only thing he asks is that people don't act, and aren't self-conscious. You just have to go in blind, and go for it. All you have is your text, and your interaction with the other actors." Ultimately, Lanthimos' direction is "about letting go. It's a gift, and it gives you something dangerous in every scene."

Labed also recently starred in Fidelio: Alice's Journey, the story of a young female engineer's experience working on an all male ship. It's a refreshingly honest portrait of female desire. "Often in films" Labed says, "female characters are a projection of a male director's fantasy, and far removed from real life. I think cinema needs more realistic female characters. What I like in Fidelio is that Alice is not fighting against anything. She's good at her job. Everybody knows that. She doesn't have to prove anything to anyone – it's not something we have to talk about any more. The director of the film is also a woman, and she doesn't have prove anything either, she's good at what she does." 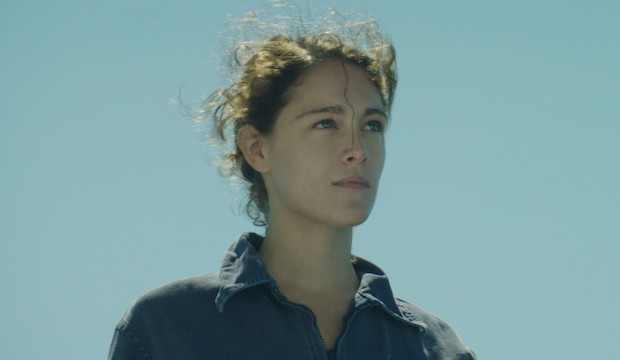 Marion Cottilard, Labed's Assassin's Creed co-star, recently told The Guardian that she feels "feminism has no place in the film industry". Labed agrees. "It's the same in Fidelio: the topic of this film is not "Oh my god, it's difficult to be a woman doing this job." It's not like that any more, she's already doing it – all her problems come from elsewhere. In cinema it's the same. I wish we had more woman directors, but we shouldn't think of it as a surprise. We should accept it as something normal.

We asked Ariane to tell us a little about her life in London: