We talk to the controversial director about why Thailand doesn't feel safe for him any more, and how dreams are a symbol for him of his nation's powerlessness. 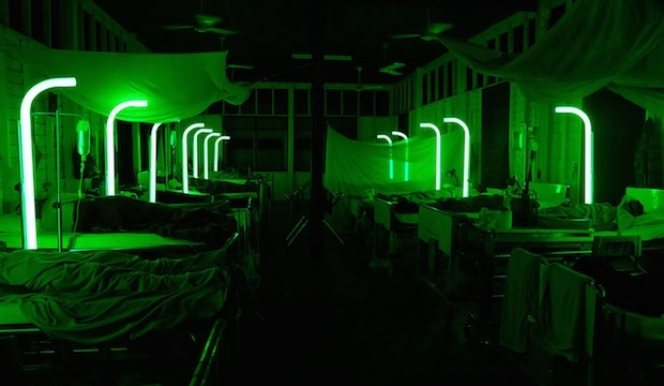 Apichatpong Weerasethakul may be Thailand's best known – and most controversial – director. A champion of queer cinema, he's repeatedly come under fire from the government for his transgressive symbolism, resisting against the propaganda of Thailand's film system, under the country's many coups d'état and pro-military juntas.

Yet despite all this controversy on paper, Weerasethakul's films are incredibly gentle. Mesmeric landscapes play host to soft-spoken, spiritual characters – it seems surprising that his films have caused such a stir, so therapeutic is the experience of watching them.

Meeting Weerasethakul (affectionately called 'Joe' by his Western fans) in a deserted screen at the Regent Street Cinema, it feels like the setting for one of his movies; the crumbling, lime-green seats seem well suited to his modest yet beguiling aesthetics. Joe himself seems like his art: mild-mannered, sensitive, exuding quiet intelligence. It's not hard to see how he could have made such poignant, thought-provoking films – but what is striking is the conservative climate in which he's been making them.

His latest, Cemetery of Splendour, is set in a hospital in Weerasethakul's own home province. It tells of a group of soldiers who, returning from combat, are struck by a peculiar sleeping sickness from which they erratically wake.

Military references like this are common in Weerasethakul's films: the presence of soldiers in Cemetery is reminiscent of his films Tropical Malady and Syndromes and a Century. “I think I'm quite fascinated by uniform" he says, "and a soldier especially as a symbol of power." But in Cemetery, he says, "the power has been hidden: they're just sleeping. It's hard to know whether the soldier is – not useless but powerless – or whether they are actually controlling the film."

The implication is that some hidden force-field surrounds these unconscious soldiers, emitting from them an energy that fuels something mysterious, magical, historic. Joe's films are rife with mysticism and symbolism, subtly drawn references to the government's heavy yet invisible hand restricting artists' creativity. “Thailand has always been a military state. We never had a real democracy. So the presence of the soldiers [in Cemetery] signifies this feeling of them being both present and not: they’re just sleeping, but we have to take care of them.”

His main drive in his films, though they're buried in such dreamy, magical landscapes, has always been to reflect the true atmosphere of his home country: a realism about his own political climate. But for an artist like himself, modern Thailand is a difficult place in which to be creative. "I feel quite suffocated...it’s getting hard, because for me work and life are the same, they’re a reflection of each other.” 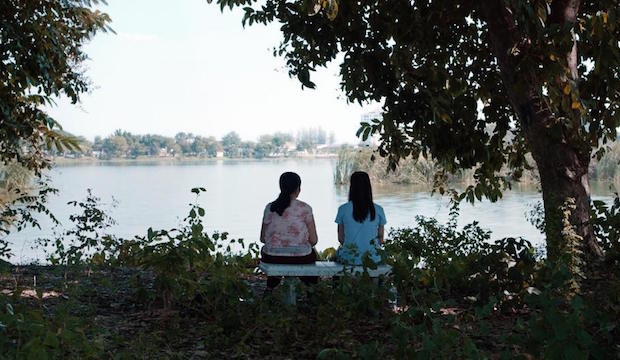 If anything, says Joe, pro-government pressure is only increasing, to the extent that he doesn't feel safe in Thailand any longer. "People have been called into the barracks, for what they [the military junta] term “Attitude Adjustment” – which says that you cannot express your political voice, otherwise they will confiscate your assets, confiscate everything. So it’s a threat. And not only you, but also your loved ones, your family could be threatened."

Thailand, says Weerasethakul, has run its course for him as a filmmaker. "With the political situation getting worse and worse, I feared this would be the last film that I could express something like this. Shooting in my home town almost felt like a farewell letter to filmmaking: it has become very personal."

"People don't really know: you think of Thailand as a sunny tourist place; you can’t feel it if you visit – even for a month – as a tourist. The intention [in Cemetery] was to channel the feeling of living in that climate, not only politically, but the confusion, and this kind of sadness of realising that you don’t have a voice. That’s why there’s no next film.”

Gentle and alluring even at their most explicit, Weerasethakul's films are essential watching for cinephiles: proof of the transgressive power of even the most mundane of images. Yet this isn't the last we'll see of Weerasethakul's beguiling films: his next stop, he says, is South America. Watch this space.