"The purists will hate it...we want dancers with ideas and opinions." 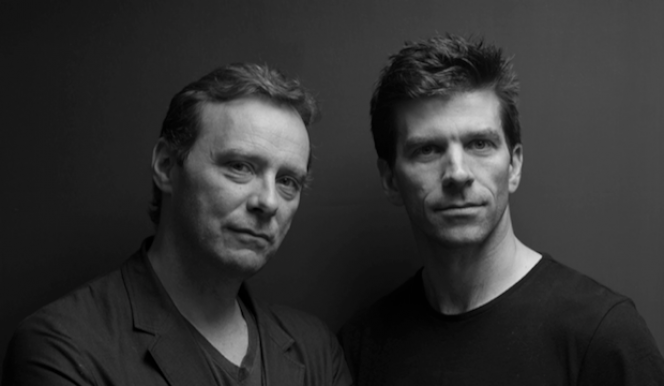 When we first come upon Michael Nunn and William Trevitt, Royal Ballet former principals and international ballet stars of their time, they’re hovering on a scaffold, frosting the skylights of their office. We meet them again later in trackies and clutching mugs of tea, looking more like builders than ballet stars.

While that’s an illusion a quick triple pirouette would knock out of you, it’s not such an unlikely image. Michael and Billy made names for themselves outside dance in their first documentary, a behind the scenes glimpse of their Royal Ballet lives from two more chummy, down to earth voices than had ever come so loudly out of that institution.

On stage at the Royal they were suitably noticed, but it was in partnership that they really shone. Individually talented, together they were remarkable, an almost sixth sense running between them to spectacular effect.

They may have hung up their own dance shoes, but they remain two of the busiest men in ballet, now channelling and translating their remarkable connection into a group of 10 young men - BalletBoyz: the TALENT.

Nunn and Trevitt tracked the rise of the TALENT in the documentary BalletBoyz: the Next Generation; and now those dancers, with a few cast changes, are coming back to the screen. 2015’s BBC documentary will follow the previous year’s sell-out performance of Liam Scarlett’s Serpent, Russell Maliphant’s Fallen and a preview of Ivàn Perez’s Young Men at the Roundhouse.

Since Nunn and Trevitt discovered they were as handy behind the camera as in front of it, they’ve made around two arts programmes a year, each a complete BalletBoyz production.

WT We film and direct and cut, we make it all here in the building.

But why start filming in the first place?

WT Lots of people often ask,’ how do you make a ballet, how does it come together?’ We’ve really always been interested in the ways different choreographers approach their work and how they construct.

This time they’re employing a new tactic, playing the director and choreographers’ voices over the performance to reveal the thought behind the movement.

MN I imagine the purists will hate it, but there are only about six of those.

It’s likely to be another smash hit with audiences, but the all-male group are not without their critics. Some have wondered if the novelty of that format has worn off - is it time for a change?

MN I suppose if you think the novelty is that it’s all men, that would wear off in five minutes. What still excites me is that people come thinking ‘huh, all-male dance, that’s unusual.’ And within five minutes forget that they’re all men.

And yet Young Men saw them bring two female dancers to the stage. Will they do that again?

WT We're just looking at what the project requires and Young Men needed some women in it. Recently we’ve been talking to choreographers about creating new work for us and we say, look we’re not stuck with an all male cast if you want some women. They all say, ‘no no, I want to work with those boys.’

Many a reviewer has noted the striking bond between the dancers, mirroring that between Nunn and Trevitt themselves, an uncanny harmony in a group defined only by its variety. So what makes a BalletBoyz dancer?

MN I don’t know. A lot of people look at our group and say, ‘ah yes, a very specific look.’ I couldn’t describe what that would be actually, they’ve all got the same shaped heads or something, I don’t know. 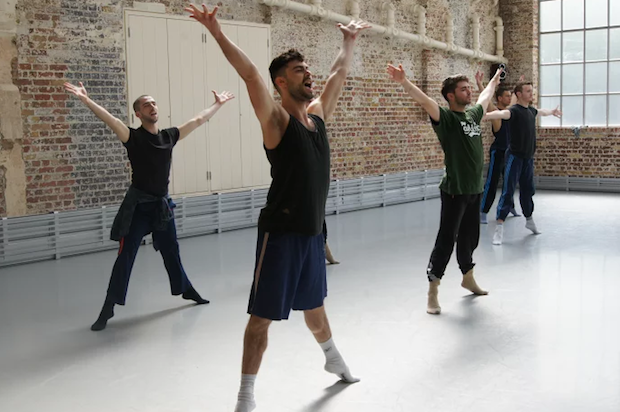 BalletBoyz: The TALENT in class

Whatever’s behind that palpable connection, the audience love it.

WT People see it, they read it, you can feel it on stage, you buy into it immediately. That’s really powerful, and to break that up when it’s not ready would be a shame.

If there’s no clear company style, that’s thanks to Trevitt and Nunn’s wariness of a company that trains their dancers into a single, limited shape.

WT The most important thing is that they have a lot of experience to draw on when a choreographer says, ‘I’m stuck, show me ‘mushroom’ from the corner,’ then they have something to offer. We want dancers with ideas and opinions and thoughts, and the more life experience the more useful they are to choreographers.

The next film project after this BBC documentary is to take Young Men, choreographer Ivàn Perez’s full-length work on the ravages of WW1 on the young, to the big screen. Not from the stage this time, but shot on location in the trenches in France.

B The idea being that you’ll see that and a live orchestra will play the score. So you’ll have this kind of cinematic experience but with live music.

That idea began with a short film made for Channel 4 scored by Keaton Henson, BalletBoyz collaborator and composer of the cloudy, sadness-scattered score to Young Men. Do many artistic relationships begin with those small projects?

WT You know there’s next to no money involved in this kind of project, so the people who are willing to give their time and expertise, they’re the people who are really great to collaborate with on bigger projects, to repay their trust and generosity.

Some of their huge digital archive (they film almost daily in the studio) makes it into their stage shows, in small snippets of interview. Is that always with a view to educating the audience?

MN A lot of people are frightened of the theatre still, especially of contemporary art and contemporary dance. Most people are saying, ‘what am I supposed to be thinking, what's the story?’ Everyone wants a narrative, so that’s really why we started that. For the show we’re doing now, the choreographer said, it’s not about anything, don’t look at your programme, there’s no story.

WT So education isn’t quite the right word, it’s more like welcoming, it’s trying to put you at ease, as opposed to having to feel anxious about working out what’s going on.

MN The audience are seeing top end choreography and dance, but we try to package it differently.

And does that bring a different audience to the usual contemporary crowd? 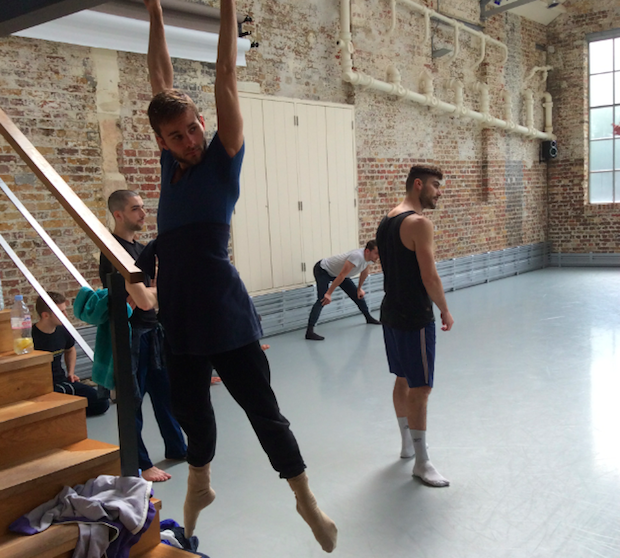 Preparing for the future of the BalletBoyz

Education might not be the right word there, but it’s not far from their minds. Had we visited the studio one day earlier it would have been swarming with knee-high aspiring dancers taking lessons, and their BalletBoyz Dancers Course, for graduate dancers, will they hope be a source of new recruits for the TALENT.

Film skills are an asset here too: they'll be live-streaming performance and rehearsal from the studio from Autumn 2015. And they'll be streaming lessons directly into schools,

That’s a glimpse of long-term plan. But what of the 10 Boyz and their 'bosses'?

MN We’ve got a new programme we’re launching next year, which is going to be far more theatrical - a bit of a departure for us.

WT Drawing on the characters of the dancers a bit more, a bit less anonymous bodies and a bit more them as individuals, which could be problematic if we had a change of cast!

Oh, Nunn drops in, casually, and we’re going to do a new Giselle.

Now there’s a show we wouldn’t miss for the world.