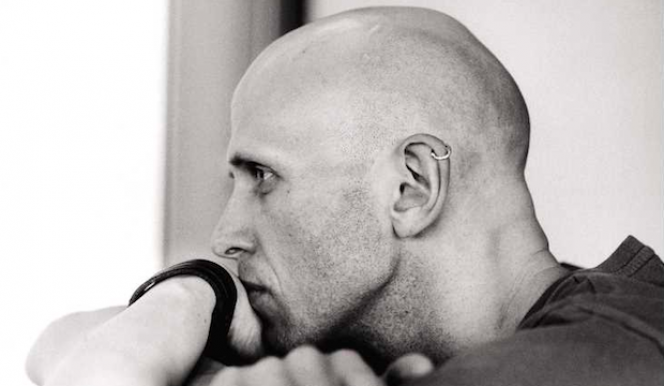 Wayne McGregor, (c) Nick Mead
Talking to choreographer Wayne McGregor is an intimidating prospect. One of the most recognisable faces in the dance world, he’s also one of the most articulate, as artful and athletic with his words as with his movement.

It’s hard not to use the word weird when talking about McGregor’s canon. He’s the ultimate geek in tights, dabbling in science, philosophy and literature in an astounding range of collaborations, from music producer Mark Ronson, to Radiohead's Thom Yorke, to prize winning Icelandic artist Olafur Eliasson. He’s also particularly interested in technology, a tendency he attributes to growing up in the '70s with great computer games. But that interest goes far beyond Pacman and Super Mario - “I think technology is changing the way we think about the extension of our body - where does the body end?”

McGregor choreographed the music-video to Ingenue by Atoms for Peace, featuring Thom Yorke

McGregor’s techy bent might befuddle some of the Royal Ballet’s more traditional fans, but keeping dance relevant is one of his biggest concerns. “Dance should always be plugged into the real world and siphoning it off in any other way is never a good thing”. And yet, Strictly aside, dance still doesn’t hold the place in mainstream culture of theatre or the visual arts. “I think we’ve done that to ourselves a bit in the dance community by the language in which we talk about it, the very specialised, technical obsessions writers have about it.”

McGregor’s choice of music keeps him close to the zeitgeist - with names like Radiohead and Max Richter in the back catalogue and upcoming work with the respected producer Jamie xx, his taste clearly isn’t to be sniffed at. Yet his work maintains a certain disregard for the emotions conveyed in the music, for the stories embedded in it. “In the past dance was often a response to music, nowadays music doesn’t necessarily feature as the thing at the top of the hierarchical tree.” Instead he wants dance at the fore, the defining feature: “our bodies are central to everything that we do, we all are experts in the body, so of all the art forms Dance should be something that we can connect to.” 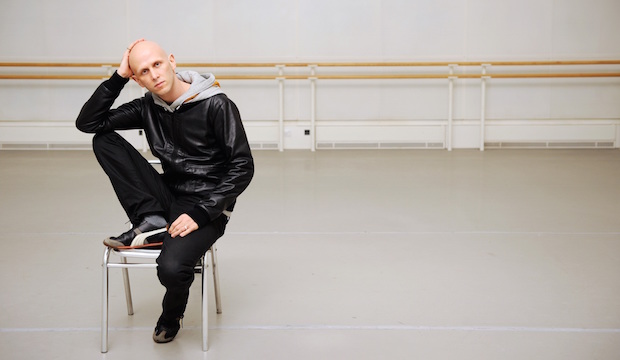 Wayne McGregor at the Royal Opera House, by Linda Nylind

It’s McGregor’s insistence on being ‘plugged in’ that won him his position as Resident Choreographer at the Royal Ballet, a venerable institution, acutely aware of its need to attract new and young audiences. There’s something delicious about this combination, the bald, pierced McGregor, as rangy and sinuous in physique as his beloved pet whippets, striding with his LEDs and electronica through halls that ring with the rhythms of Ashton and Tchaikovsky. The intrigue draws a new audience, and it’s a fruitful contrast for McGregor too. “That organism of the Opera House is phenomenally created, you’ve got 300 people there and they’re all experts in what they do.” Including, of course, the dancers, who are some of the best in the business.

For all his praise for the Royal Ballet's repertoire pieces, it’s clear he has a mischievous appreciation for taking what the traditional Royal Opera House audience expects and throwing it cheerfully out the window. His first full-length work for the main stage, Woolf Works, which opens in May, sounds suitably unruly. Dwelling on the project, an abstract exploration of Virginia Woolf, McGregor asserts:  "What I love about doing a whole evening of Virginia Woolf at the Opera House is that it’s not going to fill the traditional idea of what narrative ballet should be."

Read our preview of Woolf Works here
There are certainly similarities between the non-linear writer and the choreographer who can’t see a straight line without slicing it up. “What’s interesting about Virginia Woolf is that she wrote like a dance piece, she tried to write rhythms. It would be a bit weird me trying to do her characters and put them on stage as a very straight play version of the novels - which you can’t do anyway because there’s no action in them.” There’s a relieved glee in his voice as he describes Woolf’s collage approach as “kind of messy". A little bit of chaos suits McGregor just fine.

That's not to say, though, that the choreographer hasn't tried his hand at straightforward story-telling. McGregor's first narrative work, Raven Girl, returns to the Opera House this Autumn, to woo audiences with renewed vigour, after its uncertain original reception. 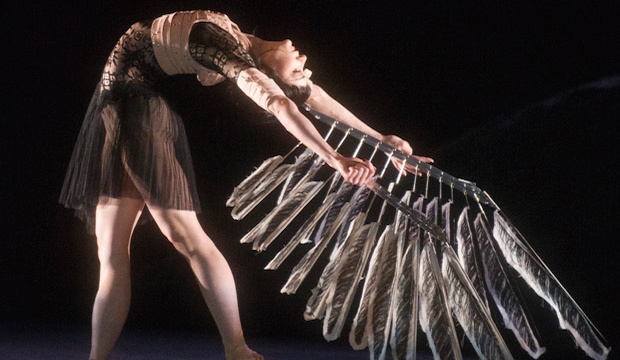 After Woolf Works, McGregor's next project sounds equally challenging. A collaboration with music producer Jamie xx and the artist Olafur Eliasson, Tree of Codes centres on Jonathan Safran Foer’s book of the same name. “It’s an architectural book, it’s as much about spaces as it is about words.” Safran Foer created the book by slicing up and rearranging a novel by Bruno Schulz, and this passing around of material suits McGregor to a tee: “gone are the days of this central genius creator channelling godliness and inventing incredible things all on their own. Art making is very much a 'we' not an 'I' occupation, it’s always been like that, it’s just we’re celebrating it more.”

Tree of Codes is created with McGregor’s own Random Dance, a Sadler’s Wells associate company. It’s here that McGregor’s collaborative ideas find most room, and his feeling of freedom is palpable. “I’ve had it 23 years, and it feels the most like the laboratory. We completely fulfil our own agenda. I love that Random is a small organism but it has a massive impact on audiences and” he says with pride, “we work with about 7 or 8,000 young people a year. We’ve got fantastic tentacles for such a small group.”

The new Wayne McGregor, Woolf Works, arrives at the Royal Opera House in May 2015.