The Director of the Birmingham Royal Ballet talks to Culture Whisper prior to the company's anniversary visit to London. 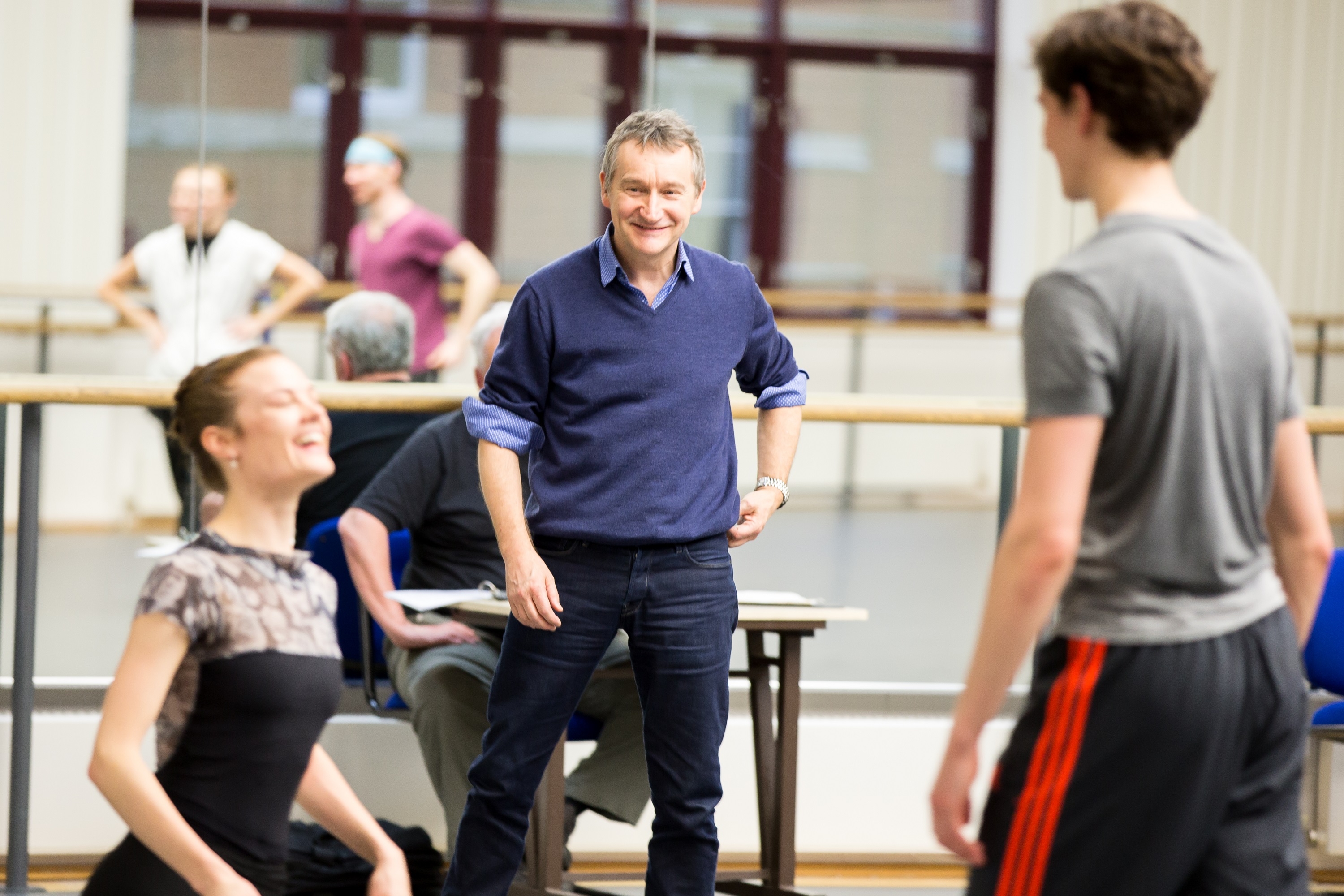 David Bintley in rehearsal with artists of BRB
Birmingham Royal Ballet’s forthcoming visit to London (see Carmina Burana and Serenade preview) is a very special one. It takes place in a year marking two important anniversaries: it’s 25 years since the company moved from Sadler’s Wells to its permanent home in Birmingham and emerged from under the shadow of its bigger sister, the Royal Ballet, to take on its own proud identity.

And it’s 20 years since David Bintley became its Director.

Bintley’s own artistic development is closely associated with this company. In 1976, as a young graduate from the Royal Ballet School he joined what was still Sadler’s Wells Royal Ballet. There he became a noted character dancer and absorbed the teachings of those two titans of English dance, Dame Ninette de Valois and Frederick Ashton.

It was there too that he cut his teeth as choreographer; and although he left for a stint at the Royal Ballet (some of his work for the Royal remains in the repertoire to this day) and to spend some time working abroad, 20 years ago he returned to his own home, Birmingham Royal Ballet (BRB).

In a year that celebrates the past but very much looks ahead to the future, David Bintley spoke to Culture Whisper.

Culture Whisper: The programme BRB brings to London presents a striking contrast between the earthy carnality of your own Carmina Burana, and the almost icy neo-classicism of Balanchine’s Serenade. What was your thought process when deciding to programme these two ballets together?

David Bintley: Carmina is a piece that we’ve done a lot and we’ve tried various ways of pairing it with other pieces both to complement it and to provide the audience with enough of a contrast, but not too much that they’re not interested in one or the other.

We found that the works of George Balanchine often go together well with Carmina because Carmina is very theatrical, very contemporary and sort of in your face; so Balanchine’s pieces work particularly well with it because of their abstract nature and because also of their musical interest; he often uses wonderful music and Serenade’s Tchaikovsky is wonderful. And also I suppose, because the balance is quite even, Carmina is quite a masculine piece, and so Serenade is a very good complementary work because it’s nearly all women.

CW: The company is marking two anniversaries: its own 25th as Birmingham Royal Ballet and your 20th as Director. How do you balance the new for continuity with the need to remain fresh?

DB: We like to think of our programming as having three strands: we are a medium scale classical ballet company and so like all ballet companies one of the big challenges we have lies in the classics, the Swan Lakes and Sleeping Beauties and Nutcrackers… These are staple repertoire and are still very challenging for young dancers nowadays.

We also have a wonderful heritage because we are one of the Royal Ballet Companies, so our own heritage goes back to the 1930s, to Ninette de Valois and Frederick Ashton and really the beginnings of the English style of dancing; so that, again, is very important to us.

But we’re not a museum, we have to go forward all the time, and so the most important part of the work to me is the work that we create here and now that is relevant to today. Ballet as an art form is exactly that, it’s as relevant as any other art form, it’s not just stuck in the past.

The company at the moment has never been better and we do have what I would call real strength in depth, with dancers sprinkled among the company ranks who are extremely talented, extremely ambitious… It’s a wonderful thing as a director to know that the future is secure.

CW: You are now well settled as the company’s Director; has that changed your approach to dance making?

DB: Uhm… you saved the hardest one to last! (laughs). You know, what I say is that a company is always evolving, it never stands still and that’s the interest for me as a Director. The company is not the same as it was 5, 10 , 15 , 20 years ago – it’s constantly changing, and so is, for want of a better word, the market place.  The art form is evolving all the time, so I never have the feeling that I’m settled or complacent or anything like this; I’m always trying to stay alert to what’s happening in the dance world, what’s happening in the company, what’s happening out there in the street, so that we can remain vital.