The season of Royal Opera House cinema 2014/2015 begins on 16th Oct, bringing its unmatched productions of much loved ballets and operas to screens across the country 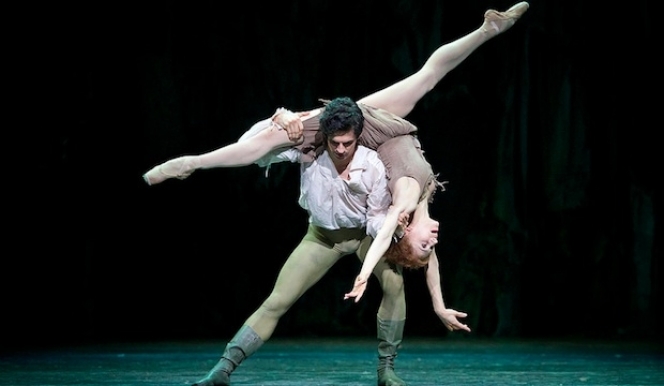 Federico Bonelli as Des Grieux and Marianela Nunez as Manon Lescaut (c) ROH2014. Photo by Alice Pennefeather
That fabulous opera production you always wanted to see but couldn’t get a ticket for? That charming ballet that came round before you were ready to book your ticket? It happens to all of us. Thanks to ROH live screenings 2014, we need no longer rue missed opportunities.

Coming to a cinema near you: the best Covent Garden has to offer with the Royal Opera House’s new season of live cinema relays.
The growing success of this initiative – cinema ticket sales were up by 54% last year – led the Royal Opera House to offer an even bigger and more varied choice from its programme for the 2014/15 season.

And to make your life even easier, if you can’t make it to the live relay, there’ll be a repeat screening - the Encore - on a Sunday after the original live showing. So, you have no excuse to miss the great performances coming to London in the next few months.

Here are just a few appetisers:

It starts with all guns blazing with Manon, one of Kenneth McMillan’s unparalleled tour de force, emotionally wrenching ballets. Dancing the title character, the innocent country girl whose greed and love for the good things in life leads to her downfall, will be the sublime Marianela Nuñez. Manon's idealist poet lover, Des Grieux, will be danced in this performance by the ever-reliable Federico Bonelli.

Hot on the heels of Manon comes Verdi’s I Due Foscari, an Italian tale of civic duty versus family honour not seen in Covent Garden for almost twenty years. If you haven’t yet booked your ticket for the ROH, you’re unlikely to get one, as this production stars the great Plácido Domingo newly recast as a baritone and always sure to draw in the crowds. The fact that the Royal Opera’s Music Director, Antonio Pappano is conducting will be an added attraction.

As an alternative to more traditional Christmas fare, we suggest Alice’s Adventures in Wonderland, choreographer Christopher Wheeldon’s exuberant take on the Lewis Carroll surreal tale. In the second Frederic Ashton work of the season at the Royal Ballet, La Fille Mal Gardée will bring a light and giddy tale to the main stage complete with live pony and dancing chickens, providing a special treat for children and grown-ups alike.
And, of course, that most classic of all classical ballets, Swan Lake will be on offer too.

When it comes to opera, don’t miss a rare chance to see David McVicar’s new production of Andrea Chénier, with the tenor of the moment, Jonas Kaufmann, in the title role. That comes round at the end of January.

These are just a few highlights of the very full selection of seven operas and four ballets to be relayed live to a cinema near you during the Royal Opera House’s 2014/15 season. Whatever your taste in opera and dance, you’re sure to find something to please you; and with the Encore option you need never miss a good programme again.