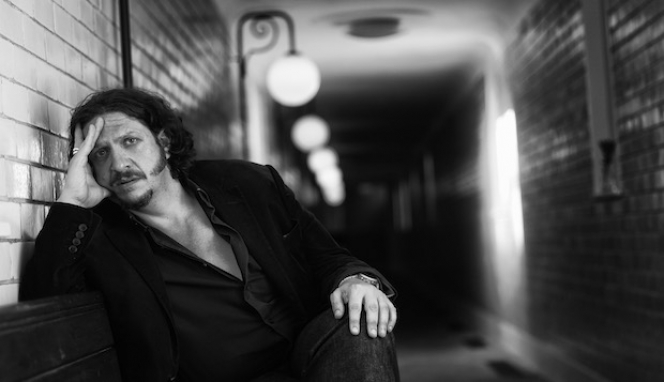 Jay Rayner by Bella West
Observer critic Jay Rayner has won multiple awards for his food and drink writing. It’s not difficult to see why: his reviews are warm and impressionistic, with a taste for athletic metaphor and an allergy to foodie pretension.

Jay Rayner Reviews: The Bad and The Ugly

Yet, for all the voluptuousness of his writing, Rayner has also earned himself a reputation for fierceness, and the sobriquet Acid Rayner. (“I’m 48; I’m very angry.”) He can defame a kitchen just as brilliantly as describe a lobster bisque: and is under no illusion that his hatchet jobs are by far his most-read pieces. Take, for an example, his 2010 review of Novikov, which contains this exquisite judgement: "cooking so cack-handed, so foul, so astoundingly grim you want to congratulate the kitchen on its incompetence... Don't go to Novikov. Keep not going. Keep not going a lot."

Accordingly, his live show, My Dining Hell, compiles his juiciest negative reviews for a theatre audience. Has he had any response from those he has reviewed badly? “The worst you tend to get are chefs’ mothers, asking ‘Do you know what its like having your life’s work torn apart?”

Rayner does, he assures us. He is an author as well as a journalist (The Marble Kiss, 1994; Day Of Atonement, 1998; The Apologist, 2004; The Oyster House Siege, 2007; The Man Who Ate The World, 2008 and A Greedy Man in a Hungry World, 2013) and so as been on the receiving end of a fair bit of savagery. To keep things even, Rayner intersperses his live show with bad reviews of his own. Are there any of these in particular that stick in his mind? “I remember ‘Jay Rayner is a good writer but he’s got a face for the radio bless him’”.

So, the fearsome Acid Rayner can take it as well as dish it out. Perhaps more surprising is his admission that he doesn’t read the reviews of his perceived rivals, A. A. Gill and Giles Coren, because: “I think that on any given weekend, any one of the three of us can out-write the other. And I don’t want to read Adrian and Giles when they write better than me.”

But enough with all the negativity. Who’s making really good food in London at the moment? “I get to eat out a lot and come across a lot of very good cooking so it’s not like there’s one chef who’s dominating at any one time.” London though, Rayner assures us, now plays on the world stage when it comes to dining. “It’s now a city to be compared with New York, Paris Berlin, Tokyo instead of Bath and Bromsgrove”.

Where has he enjoyed eating recently, then?  “I’ve just reviewed a restaurant called Wormwood in Notting Hill. The food was terrific.” Anywhere else? “I loved John Doe. And I am a very big fan of The Palomar, they’re cooking amazing Mediterranean food. But that is not to be rude about  Zest, or any of the Ottolenghis or Nopi.” You can hear more from Rayner on the topic of Middle Eastern cooking on March 1 at Jewish Book Week, where he discusses the subject with The Palomar’s Tomer Amedi, Honey and Co’s Sarit Packer and Itamar Srulovitch and the founding chef of Zest, Josh Katz.

Food  aside, Rayner has plenty to occupy his mind and fingers. Jazz piano, a 35 year hobby, is “something I’m coming out about. I’ve played the piano for a very very long time, maybe 35, but it’s only in the past five or six that I got very serious about it.” Rayner has put together a jazz quartet which has performed regularly over the past six months at Brasserie Zedel's Cabaret Spot, the Crazy Coqs. They also have bookings for the Buxton Festival, Bury St Edmunds Festival and King’s Place on June 18, where they will play after a performance of his live show, ‘My Dining Hell'.

Old Favourite?
I am very happy drifting around the National Portrait Gallery. I love the old faces and I love the new faces. I’ve had a privileged upbringing which means that quite a few of the new faces in there were familiar to me from real life.

Best-loved walk or view?
I love walking north across Waterloo Bridge. For me that's the best view of London. Almost shameless. The other one, but it’s very hard to access, is from one a building at the top of the strand, looking West towards Parliament. You can generally only see it either from the Savoy Hotel, or from the top of Penguin Books on the Strand.

Favourite local restaurant?
I get a take away most regularly from the Lisboa Grill on Brixton Hill. They do a great Piri Piri chicken and ribs. Given the number of times I’ve eaten their food, I think that has to be the answer.

Most memorable cultural experience of the last year?
City of Angels at the Donmar Warehouse. Josie Rourke’s production, I didn’t think it was possible to produce a better production than there had already been in London in the early 90s. But it was a delight in every single way; I was grinning like a loon from beginning to end.

Hidden gem no-one else knows about?
My secret vice is slipping of to Four Seasons Gerrard Street. I get a portion of roast duck on the bone and the stir fried green beans with XO sauce, and sit in the corner with a copy of the New Yorker. And I am very happy there.

Best place for a first date?
The seafood bar at Bentley’s. There is nothing sexier than sitting eating oysters side by side.

Best for children?
Chinese again. Chinese restaurants really love having kids, so it would be Harbour City on Gerrard St for Dim Sum.

Where will you be seen this month?
If I told you I’d have to kill you.

Rayner will perform 'My Dining Hell' at King’s Place on June 18th, followed by a performance from his jazz quartet. Tickets on sale soon.


His jazz quartet will play the Buxton Festival and Bury St Edmunds Festival.