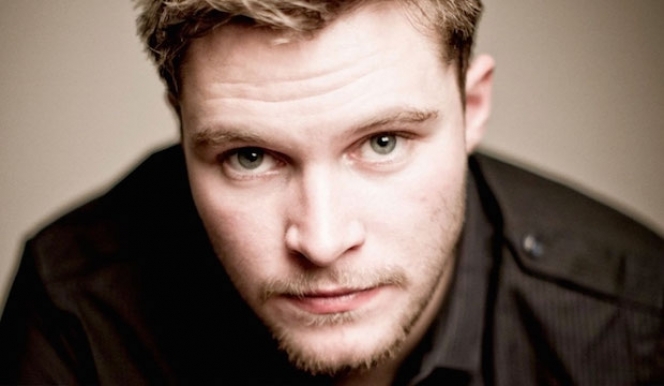 'Transformers' and 'What Richard Did' actor Jack Reynor stars in director Gerard Barrett's 'Glassland'
Glassland, which won a Special Jury Award at Sundance Film Festival for Jack Reynor's performance, tells the story of a young taxi driver (played by Reynor) who goes to all possible lengths to save his mother (Toni Collette) from a steady decline in alcohol addiction. As the situation becomes more desperate, Reynor seeks out his contacts in the Irish criminal underworld for a job that pushes him to the extremes of human behaviour.

Director Gerard Barrett's first feature film, Glassland is a story of family sacrifice, the dangerous grips of addiction and its psychological effects. The film also stars Will Poulter, 2014 BAFTA rising star best known for his performances in We’re the Millers and The Maze Runner.

Reynor's performance in Lenny Abrahamson’s What Richard Did earned him critical attention when it debuted at the 2012 Toronto Film Festival. He's also set to play Malcolm in Kurzel's much anticipated Macbeth, starring Marion Cotillard and Michael Fassbender.

Gerard, what was your inspiration for the film?

GERARD: I come from rural Ireland and then I moved to urban Ireland, up to Dublin, and I suppose I saw a lot of addiction around me for the first time in my twenties. A lot of the new friends I made just happened to be dealing with addiction with their families, so I used that.

Quite a cast. How did you begin working with Jack?

We met up in Dublin and I told him I had this project and sent it to him and that was it, he was on board. And then he got Transformers, and he asked me to wait a year.

GERARD: It was quite like that. So he asked me to wait a year, and actually, Toni was on board the first time we got together as well. She was top of my list when we were talking about it. 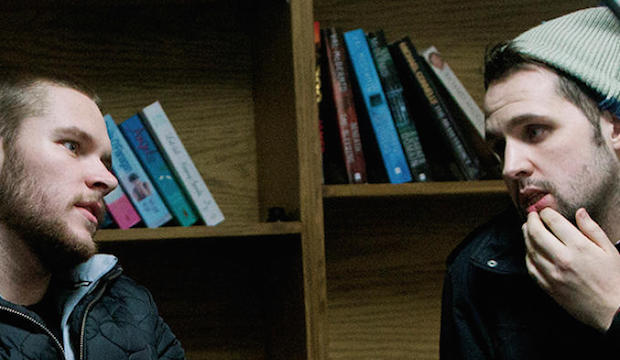 Was it personal to you, the side of Dublin that Glasslands depicts?

JACK: Yes. Firstly, it’s set in a much more familiar part of Dublin society to me than my previous Irish films. What Richard Did was very much about upper middle class kids in Dublin: there's a lot of wealth. When I was growing up, there certainly wasn’t much affluence in my family. I grew up not far away from where the film is set, so I was very familiar with the world. Addiction is also something that’s rampant in many Irish families: it’s certainly something that I experienced in mine. Not to mention all the maternal elements in the film which are very intense. I myself have quite an intense relationship with my f**ing crazy mother. So, yeah, it was a very, very personal film for me.

How did you relate to a character who is so tied to his home, when you've been able to go off and act and see a lot of the world?

JACK: There is quite a substantial portion of my life where I have lived very similarly to John and had no money – I’ve done things like John, I’ve poured water in my milk to have my breakfast. I’ve basically had to bear the weight of responsibility in my family. I’ve done those things, I know what they look like from the inside, which made it easier for me to relate to.

JACK: It’s interesting that, for a long time in Ireland, we’ve seen a lot of that in our society. Parental roles get reversed, you see sons taking care of mothers and daughters taking care of fathers.

GERARD: I think, ultimately, there comes a time in every child’s life when they have to become their parent’s parent.

John is an incredibly lonely character. Did that resonate with you?

JACK: I grew up in the middle of nowhere. I was born in the United States and I came to Ireland when I was two and a half. For that reason I was a bit of a black sheep in my community, so I was no stranger to being quite isolated and lonely as a kid. I could really relate that to the character.

GERARD: I was lonely too, but you didn’t ask me that... 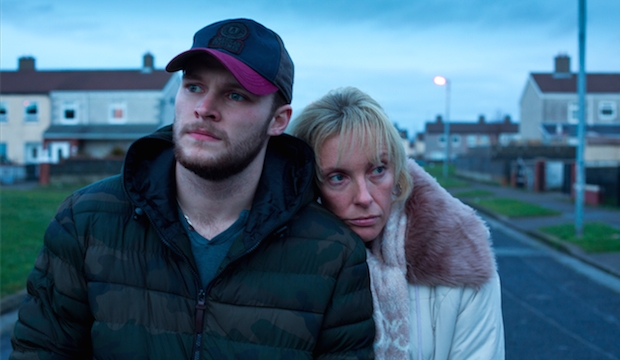 How was working with Oscar-nominee Toni Collette?

JACK:  By the nature of the material, it’s really intense and really heavy. She came out for just four or five days, and she found it very challenging, anybody would have.

GERARD:This was so far away from her comfort zone.

JACK: The first night was okay for her but on the second one she kind of freaked out, so I went out with her, and I brought her to the Guinness Storehouse…not the best thing to do before making a film about the dangers of alcoholicism! But she was really at ease with me. I already felt a very strong connection with her.

GERARD: And she’s playing a monster of a character, who says horrible things. So she was really going for it. She was fantastic. Michael, Will, Jack, Toni, they all just went for it.

Watch the trailer for Glassland


Did you visit addiction centres for the film?

GERARD: They’re scary places. The public ones are rough enough. And the private ones are kind of, commercialized. They're like upmarket hotels. I just wanted to explore that: If you’re rich you go to The Priory over here, don’t you? But this is not a political film at all. It just happens to be about a family in crisis.

Jack, you're clearly passionate about this story. You signed up to this before you went to do Transformers. What’s it like to go off and do a big Hollywood film and then come back to this?

JACK: They're two completely different things. It was a lot of fun to make a big franchise movie – I’m sure there will be others in the future. But I got into this industry because I wanted to give really substantial performances, to examine different aspects of my society and the other societies that I’ve experienced 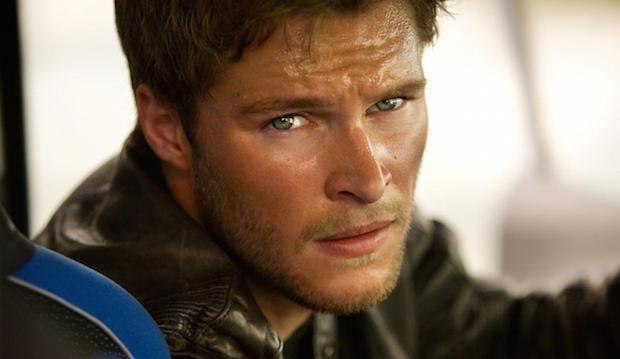 You've just filmed a blockbusting Macbeth, alongside Michael Fassbender and Marion Cotillard, which comes out later this year. How was it playing Malcolm on screen?

JACK: It was brilliant. It was a great but it was intimidating, obviously, to go out, having never done a period film before, and throw myself into it. Justin Kurzel, the director, hadn’t heard my accent, he hadn’t heard me recite verse, he just went “that’s the guy, just get him.” I’d known Michael Fassbender prior to it, so he and I had a kind of common terra firma that we could hang out on and talk on. It was just a brilliant experience. That was another film where everybody was s****ing themselves so much they all just went and got on with it.

Gerard, what about your upcoming film Brain of Fire with Dakota Fanning?

GERARD: It’s a really cool project to get. To get to work with her and Charlize Theron is awesome. And Will Poulter is in it as well, and a few more people we haven’t announced yet. It’s all going to start coming up pretty soon. It’s an incredible book about a girl who’s diagnosed with a mysterious illness. I suppose all my stuff is about isolated and lonely people, and this is the ultimate isolated event.

Glassland is out in cinemas on 17 April.
Macbeth is currently in post-production and due for release November 2015.
Brain on Fire is due to be released in 2016.

what richard did actor

actor what richard did

actor in what richard did