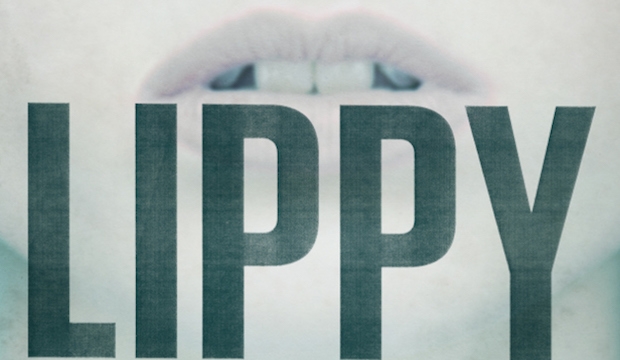 Lippy draws on a true story: 4 women, an aunt and 3 nieces that barricade themselves into their house in County Kildare and starve to death over forty days, shredding all of their documents in a bid to “cover the tracks of their existence”. The assumption would be that this is a tragedy of 4 lives: starved, diminished, erased. And yet, the way that the story is unfolded over 70 audience-silencing minutes is a unique and surprising marvel.

Throwing the audience off from the start, the play opens with an a Q&A. The lights are on, Bush Moukarzel (playwright) takes to the stage in the guise of interviewer with humorous tones of game show host. There are jibes about actors and their post-show frenzy, a member of the Young Vic tech team remains installed and we’re shown a series of videos that are identified as inspiration for the show that we haven’t seen. Despite the jolt incurred by this kind of avant-garde playfulness it’s frank, entertaining and invites you to consider the morality of interpretation and the articulation of other people’s words, a perfect set up for the scenes that follow.

Bush Moukarzel is fascinated by lip reading and what it means to put words in people’s mouths. As a result, the representations of the women are silenced, they are shapes, they sing and sometimes their voices are distorted beyond recognition. His repeated use of the microphone, a performance tool that serves to amplify but can also cut out and be interfered with at any moment colludes with his overarching premise: there are stories that cannot be told but that, in some way, must be.

Creator of Lippy, Bush Moukarzel is self-confessedly enthralled by Samuel Beckett’s work. That the final scene of the play is a set of videoed lips, with Eileen Walsh's mouth taking centre stage references Not I to clever, albeit self-conscious effect. A blatant, but brilliantly executed transition: Walsh's delivery is a fierce and memorable finish.


The difficulty of story telling

The play is tightly wound, impeccably paced, with a powerful and focused message at its core, Ben Kidd, Director and Bush Moukarzel are masters of their craft. It’s occasionally baffling but altogether clever and beautifully textured. Brace yourself, as it’s not for the faint hearted, but its guaranteed to stay on your lips, we’ll be talking about this one for a while.