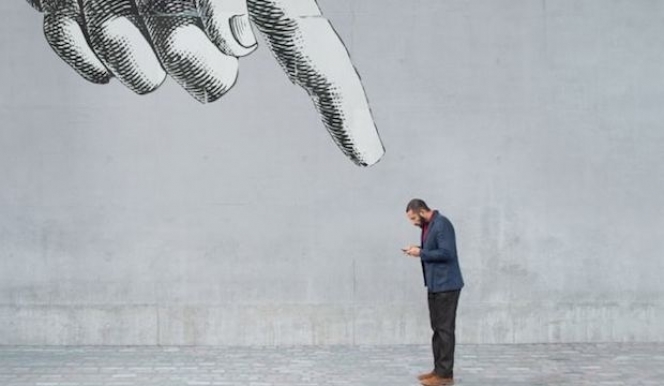 Carol Ann Duffy's 'The Everyman'
The new programme: What's on at The National Theatre, 2015?

Questions of Why Now?’ and ‘Will this Resonate?’ were described as fundamental to the programming of plays.

Norris describes his revival of Caryl Churchill's Light Shining in Buckinghamshire, opening 15th April; just before the General Election, as a 'timely reminder as we go to the polls of the power of personal choice'. Making up the show's talented team of women and stealing some star power from Benedict Cumberbatch's upcoming Hamlet is director Lyndsay Turner and ever-inventive set designer Es Devlin, both of whom are part of the creative team for this summer's Hamlet at the Barbican. Offering a more personal kind of political relevance there's a reimagined version of The Everyman (opening 22nd April), adapted by Poet Laureate Carol Ann Duffy with Bafta-winning12 Years a Slave actor Chiwetel Ejiofor in the title role and directed by Norris himself.

Another re-vamped classic will reflect on the rise of technology in a fresh take on the world of Lewis Caroll, with a new musical by Blur frontman Damon Albarn and Moira Buffini, again directed by Rufus Norris. wonder.land (opening in Manchester in May and at the National in November) interprets Alice in Wonderland as a virtual world that provides solace from the trials of real life, but also threatens to intrude. With the film adaptation of London Road coming to Cinemas later this year Norris is renowned for making new musicals into blockbusters, and he has already collaborated with Albarn on opera Dr Dee. With the sellout success of Norman Cook and David Byrne's Here Lies Love still fresh in our minds, there's certainly an appetite for new and boundary breaking musical theatre, penned by chart-topping British musicians.

He has already admitted feeling cowed when it comes to the burden of Shakespeare. Accordingly, Norris has enlisted Polly Findlay, fresh from the National's festive family show Treasure Island, with a new production of As You Like It, that he says will 'keep Shakespeare at the heart of the programme'.

Another, shorter new Caryl Churchill play, Here We Go will open in intimate Dorfman Theatre from December 2015 alongside the premiere of Evening at the Talk House, a new work by Churchill's close friend and fellow playwright Wallace Shawn. There are also premieres of new works by Patrick Marber (whose play Closer is about to be revived at the Donmar Warehouse), Alice Birch and Duncan Macmillan. Getting a UK premiere this June after a triumphant turn on Broadway is Stephen Adly Guigis's The Motherf**ker with the Hat, which will be directed by the Tricyle Theatre's Indhu Rabasingham.

How to get tickets:

The team at Culture Whisper are busy preparing to guide you through the booking process for the National's new season so that you can secure the tickets for the plays that you really want to see.

For booking reminders, our exclusive preview content and useful information tailored to your personal interests, click here to see our membership options. 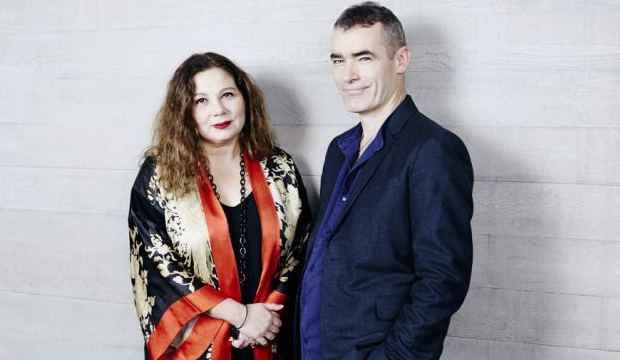 2015 National Theatre: What else does this year have in store?

National Theatre: cheap tickets
Rufus Norris's plans to make the National Theatre accessible to a broader range of audiences will be implemented through the continued allocation of affordable tickets: 100,000 Travelex £15 tickets will be available for the upcoming season – on sale February 12, 8.30am. After a successful trial for during Here Lies Love’s sellout run, £20 Friday rush tickets will be introduced for all performances. Staring on 10th April, there will be a selection of £20 tickets to the next week’s performances released online every Friday at 1pm.

Along with this sustained initiatve to democratise audiences through ticket prices, there is also a move to work more beyond London. After the roaring success of The James Plays, a collaboration between London’s N.T and the National Theatre of Scotland, there will be four productions in the new 2015 season that are co-produced with regional theatre companies (Manchester International Festival, Headlong, the Royal Exchange Theatre Company and Bristol Old Vic). Rufus Norris describes how this collaborative approach will help the theatre to be ‘national in every sense of the world’

Diversity in the National Theatre

Following on from the criticism Hytner faced for not including enough women in his programming during his reign as Direction, Rufus Norris's first programme shows an increase of female playwrights and directors including big names such as Carol Ann Duffy, Caryl Churchill and Marianne Elliott alongside emerging talents such as playwright Alice Birch.

The subject of privilege and diversity will be taken seriously, though Ross described this change as needing to be a constant priority and said that one of the challenges that the pair will face as leaders is to work 'how often we can affect change'. Though, bringing his perspective as a theatre director, Rufus Norris answered queries about an abundance of 'posh actors' by explaining that 'they are just great actors’, adding wrying that if Benedict Cumberbatch decides that he’d like to do a play at the National, they would jump at the opportunity because he is a brilliant performer.

National Theatre on Demand in Schools and for the public

Chief Executive Tessa Ross says that the ‘game-changing’ new scheme will be the new National Theatre on Demand service for schools to be launched in autumn 2015. The live performance recordings of Nicholas Hytner’s productions of Hamlet and Othello and Danny Boyle’s Frankenstein will be free and available to students and teachers as a way of expanding the literary curriculum to encompass plays in performance.

And to broaden the accessibility of past productions for the general public, there will be a new Lyttleon Lounge opening in the circle of the eponymous performance space, where rights-protected archive footage will be easily available. Due to open this spring this new viewing platform will reflect the hype surrounding the new Tom Stoppard play, The Hard Problem, by kicking off with a celebration of the playwright’s work at the National.

The insiders’ favourite, we predicted that Norris’s well-established web of connections would serve him well in his new position. Thanks to what he describes as 'long, long relationships… long, long friendships’ and in the name of ‘finding the best man for the job’ he has persuaded former Royal Court Artistic Director Dominic Cooke to join the National Theatre Team of Associate Directors along with Barbican Hamlet director Lyndsay Turner, War Horse Director and head of the Bristol Old Vic Tom Morris, and distinguished talents Marianne Elliott and Ben Power.