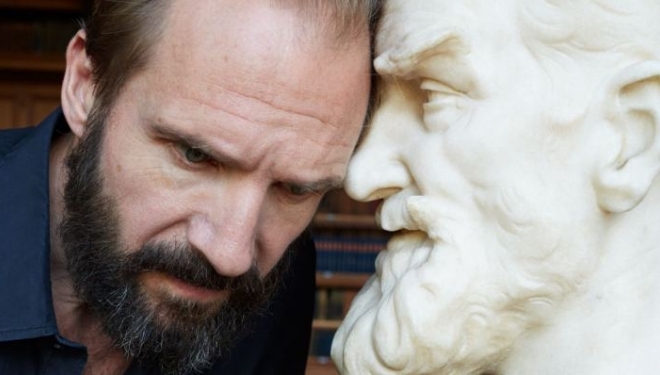 The result is a learned comedy of manners: but with a tear in its seam – the hero’s dream sequence. In the middle of the play, we fall down this hole, away from the love triangles, ingénues, amorous chases, and into the underworld. Here, Shaw treats us to a Socratic dialogue with the devil: a debate on the nature of morality, duty, science, art and the individual. The play clocks in at 3 hours and 40 minutes. Spare a thought for the Harry Potter fans who had only turned up to see Voldemort on stage.

The National Theatre couldn't have staged this marathon were it not for the draw of Ralph Fiennes. He plays a modern Don Juan - Jack Tanner: a hyper-loquacious revolutionary with a sharp wit and existential unease. Fiennes knows how to rule a stage: engage with the auditorium, charge to and fro, slip out the jokes with a nonchalant ease. The part calls for a great deal of charisma in order to prevent the hero from turning into a boorish lecturer: and we all know Fiennes has charisma in spades. In fact, there was more than a trace of his Gustav, the camp and magnetic protagonist ofThe Grand Budapest Hotel, in his performance. A whiff of mania, suggesting internal crisis, kept the sanctimony in check. Fiennes’ rangy physique could be powerfully erotic at one moment and crumpled in despair the next.

At times, Fiennes retreated weirdly into a deadpan, rat-a-tat-tat, Groucho Marx-esque delivery, complete with a slouch, that dimmed the famous twinkle in his eye. With a lengthy intellectual fiesta such as Man and Superman, it’s something of a blow when the main attraction swallows his jokes. Mostly, though, he was a joy to watch: any niggles can be quashed with a reminder that this part is incredibly difficult to play.

Elsewhere, one lapsing American accent aside, the acting was strong. Our manipulative ingénue Anne, Jack Tanner’s charge and eventual love interest, was cool and knowing in the hands of Indira Varma. At times, her haughty stubbornness irritated. But, again, we must remember that Anne is a tricky character to get right- a traditional romantic heroine, in reverse: she chooses her own fate. She is a proto-feminist, who throws off gender roles and her coolness is part of her modernity: she does not care that it is "unwomanly to be thoughtful and sensible and coldhearted". Nicholas Le Prevost gave an excellent, blustering turn as the Roebuck Ramsden: a Conservative, pinstriped Polonius and enemy of the radical Jack Tanner (“I draw the line at anarchism and free love and that sort of thing".) Tim McMullan was glorious: both as lovelorn bandito and louche, slick devil and Faye Castello was an enchanting, witty Violet.

Christopher Oram's set was a masterstroke: the bookish, leather-bound study of Roebuck was just as convincing as the wisteria-draped villa in Granada. The image of Ralph Fiennes driving offstage in a classic cream Jaguar with his handsome rascal of a chauffeur, 'Enry, is difficult to forget. Oram tackled the problems of heaven and hell with aplomb: white and red landscapes, with a gilt 1920s elevator travelling between them.

For a play that nearly breaks the four hour barrier, it doesn't feel punishingly long: director Simon Godwin has done an excellent job at coaxing out the humour and each scene is tight and pacy. The reception from the audience was incredibly warm. But you wonder how much of the applause was for Ralph Fiennes alone.

Man and Superman was an incredibly bold choice and, given the material, the production was a tour de force. But it left us wondering: why stage the "unstageable" play now? Is it the socialism? The proto-feminism? The fact it hasn't been seen on the National since the 1980s? Or was it merely to tempt Fiennes to the Southbank with a role meaty enough for him to chew? Whatever the reason, it felt a bit like a dare.