All that glitters in Shakespeare's most controversial comedy sparkles on the Almeida stage as Rupert Goold's boldly updated production illuminates both humour and tragedy. 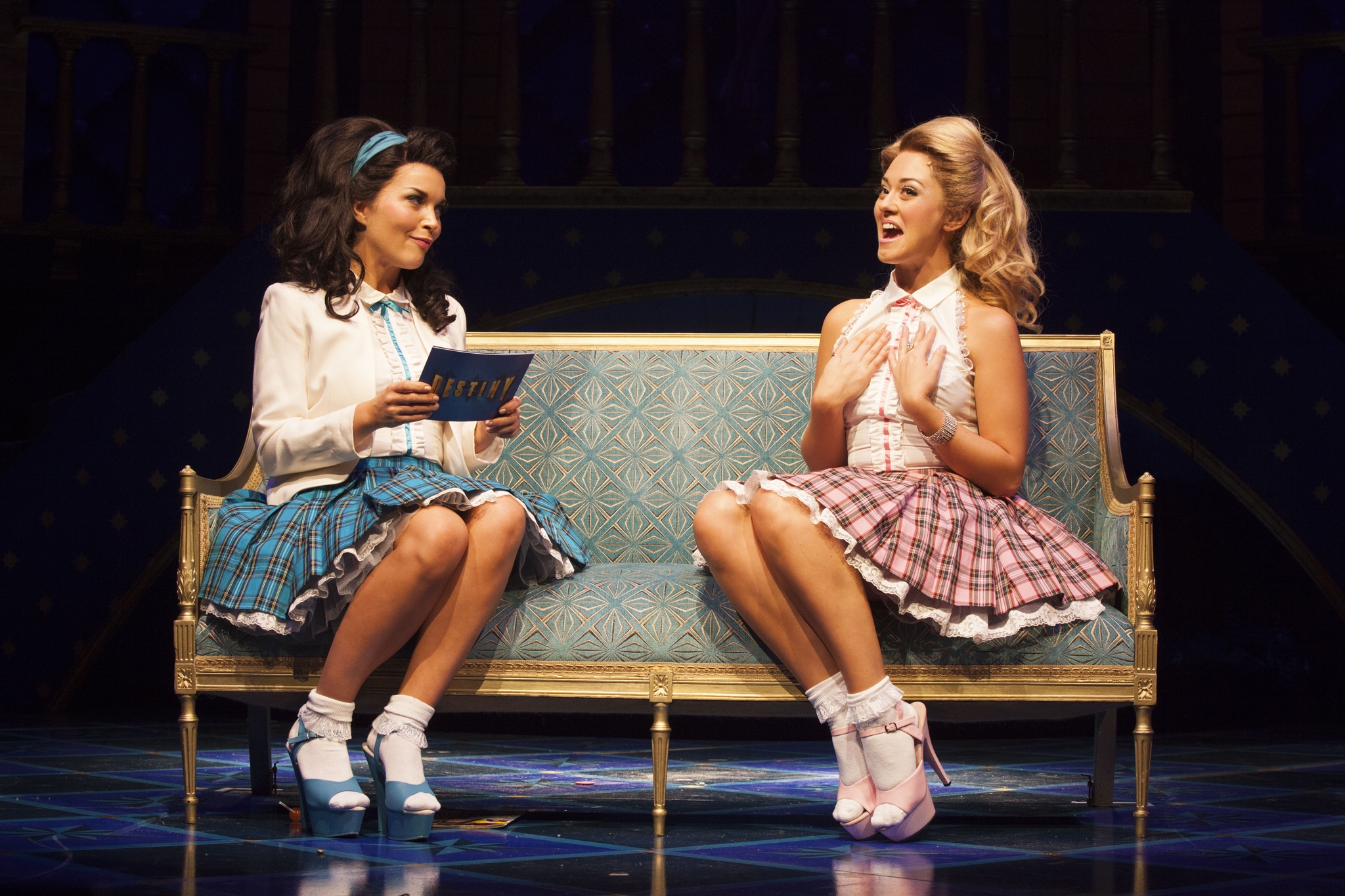 Emily Plumtree and Susannah Fielding in Merchant of Venice
Rupert Goold’s revamped Vegas version of Venice is certainly a spectacle. From an exuberant opening, where a scantily-clad cast sing Viva Las Vegas in a shimmering casino to the gaudy game show format of the three caskets- the production is a daring but insightful re-imagining.

Shakespeare’s play is concerned with greed, artifice and glossy veneers and Goold’s relocation of the events to Sin City brings these themes to the fore. But at times, the flashy conceit trivialises the complexity of this problem play and the grand gambling metaphor, so apt at communicating the broader themes made the deeper details feel hollow.

Shakespeare’s Shylock, a rich Jewish moneylender and the play’s antihero, has always posed problems for theatre directors. Anti-Semitism was a fact of Elizabethan society and accordingly Shylock’s villainy is informed by his religion. He is grasping, legal, cunning and pitiless- traits that anti-Semites have long associated with Judaism. Rather than trying to resolve the question of Shakespeare’s anti-Semitism posed by the Merchant of Venice, Goold’s productions works to highlight the enduring controversy of the comedy. Instead of decidedly presenting Shylock as either the villain or the sympathetic victim, the show creates a context of general immorality: rather than pitting the virtues of Christianity against the characters’ criticism of the Jew, all are revealed as avaricious and flashy — rendering Shylock’s enforced fate resoundingly hypocritical.

The show’s certainly been refreshed since its first outing at Stratford with a slicker pace and flashes of contemporary pop. Without the weight of Patrick Stewart as Shylock this revival also felt a little flimsier. In his place Iain McDiarmid gives an arresting physical performance: swaggering, smug and sarcastic at the offset, his Shylock crumpled with heart-wrenching realism and, as he whipped off his wig, became unbearably vulnerable. But he didn’t fully convey the clout of Shakespeare’s lines, as pivotal parts of Shylock’s great 'hath a Jew not eyes' speech - felt thrown away.

Shining brightest and giving the Vegas concept a necessary depth was Susannah Fielding. Her platinum blonde Paris Hilton-esque Portia brought a dark, knowing humour to the character and Fielding’s frothy reality TV cadence was spot on. All the fizz and and sparkle make the transition to a bold cross-dressing lawyer all the more poignant; the Elizabethan acceptance of mistaken identities is made modern with a refusal to even consider that the trophy wife could save the day. Then, lost between her two costumes and with the disjuncture of her relationship with Bassanio archly emphasised, Portia becomes a pitiful figure, stopped of make-up and stumbling on a single stiletto as the lights drop.