Hamlet caused hysteria, playwrighting royalty graced us with new works and fresh stars found the spotlight: the drama and highlights of London theatre 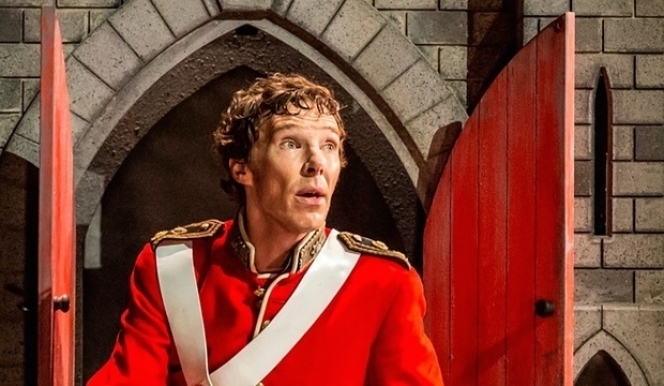 With record-breaking, computer-crashing ticket sales and 18 months of frenzied anticiptaion, Benedict Cumberbatch's Hamlet was always going to be the show of 2015. But the hysteria exceeded all our expectations…

First came the social media outcry about 'spoilers' in the opening night Twitter deluge where legitimate concerns over illicitly snapped pictures mingled with outrage over references to the (400 year-old) plot. Then the theatre critics' code was breached with controversial first night reviews. The monologue was moved around. The Great Dane himself had to implore stage-door fans to stop recording during shows.

By the time we saw the show, we were bored of all the furore, but the great man showed us what all the fuss was about. By no means a flawless production (strangely conflicting, nebulous), the Barbican's Hamlet was unforgettable nonetheless.

The Hard Problem, Hapgood, Here We Go, A Number, Light Shining in Buckinghamshire

For his last hurrah at the National Theatre, Nicholas Hytner directed a long-awaited new work by playwriting royalty Tom Stoppard.The Hard Problem sold out long before opening night and divided critics with probing questions about the nature of consciousness. And over at the Hampstead, Stoppard's early talent shines in a long-awaited revival of spy drama Hapgood.

Then, Stoppard's contender for the title of Greatest Living Playwright, Caryl Churchill showed that at 78 years old she's as relevant as ever. Up at the Manchester Royal Exchange Maxine Peake was a fairy sensation in a revival of The Striker. Micheal Longhurt's exquisite Nuffield Theatre production of A Number finally came to London's Young Vic to remind us just how affecting Churchill's short dramas can be. The National's Lyttleton Theatre hosted a revival of Light Shining in Buckinghamshire and the premiere of Churchill's new, divisive short play Here We Go. Churchill's reign is set to continue into 2016 as hotly-anticipated new full length play Escaped Alone kicks off the Royal Court's new season. 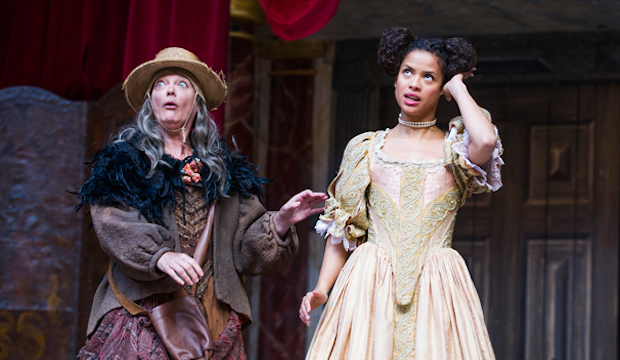 Churchill wasn't the only women making a splash in 2015. Theatre's talented troupe of women made impressive gains in the battle to close the gender gap. The figures are strongest offstage: 2015 saw 39% of plays directed by women (a 2% increase). And certainly directors Josie Rourke, Vicky Featherstone, Lyndsey Turner and Marianne Elliott had a stellar year.

In the new wave of impressive female playwrights, our favourites were Penny Skinner's rousing roar against soceity's attitude towards women ageing in Linda, and Jessica Swale's vibrant portrait of fiesty proto-feminist Nell Gwynn.

The smallest statistical increase is in the numbers female performers versus their male counterparts. But with award-winning, gasp-inducing performances from the likes of Judi Dench, Nicole Kidman, Denise Gough, Sheridan Smith and Imelda Staunton, it was the women who impressed us most on stage in 2015

… Norris took over the National

New Artistic Director Rufus Norris shook up the National Theatre with a bold inaugural season boasting sex, drugs and profanity. After all the promise it was a shaky start: the revival of Light Shining in Buckinghamshire was visually stunning, but a weighty watch; Everyman felt a bit hollow. After big buzz around cool cyber musical wonder.land, we were left disappointed. It was the profane, punchy Broadway import The Motherf**ker with the Hat that stole the show

For us the real gems were over in the Dorfman and Temporary Theatre, where Norris' vision of younger more diverse audiences is thriving. Boundaries were challenged and great theatre emerged. If you missed the superlative addiction drama People Places Things, its well-deserved West End transfers begins in March 2016.

… Musicals got everyone talking 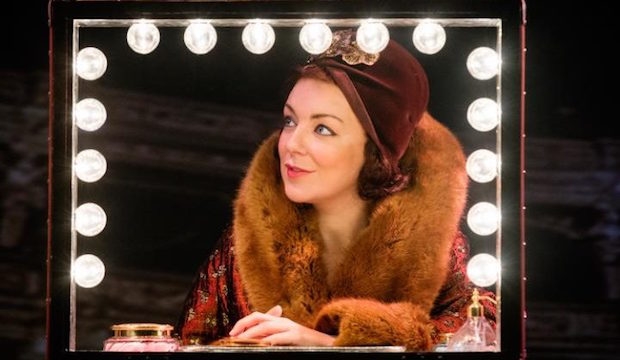 Homegrown tales of overcoming adversity, Bend it Like Beckham and Kinky Boots found welcome homes on the West End. Old school Hollywood glamour of High Society made for a lavish final show at the Old Vic for out-going Artistic Director Kevin Spacey. And 1920s speakeasies splurged with fun in Bugsy Malone at the newly refurbished Lyric Hammersmith in a revival so razzle-dazzlingly brilliant it will return for summer 2016.

… Stars took to the stage

Damian Lewis was all fast-talking seventies sleaze in a sparky revival of Mamet's American Buffalo (so good that the Bond rumours went into overdrive). Nicole Kidman shone as prickly pioneering scientist Rosalind Franklin in Photograph 51. Hollywood heartthrob Bradely Cooper gave unsuspecting fans a shock in an astoundingly accurate portrayal of The Elephant Man. Former Royal girlfriend Cressida Bonas showed she's more than a society darling with a magnetic monologue in An Evening with Lucian Freud.

… The Almeida took the Greeks out of the attic… 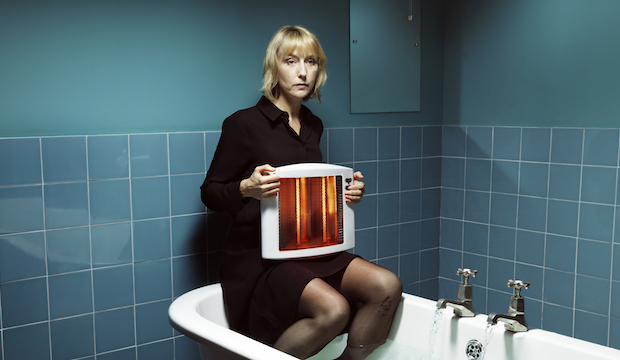 … and gave us one of the biggest wow moments of the year. On a scorching summer Friday, with almost four hours of reworked Greek Tragedy ahead, we were dubious about Oresteia. But Robert Icke's electrifying update of a family racked desire for revenge was extraordinary. We were hooked, hungry for more and thrilled when the production scooped a transfer to the Trafalgar Studios.

Inevitably rest of the season couldn't live up to that first triumph. With a starring role from Ben Whishaw, Bakkhai sold out long before opening night — but failed to move us. Rachel Cusk's Medea finished on a high with a fiercely feminist examination of motherhood and marriage. The Greek season burst out from the confines of the theatre Twitter-trending reading of the Illiad that brought the Greek epic to life with a cast of our finest stage and screen actors, live streamed to over 50,000 across the world.

The Almieda's ambitious attempt to revive Ancient drama was a glorious, experimental celebration of old and new.

Thrillingly some of the most exciting shows of 2015 came from fresh new talent, proving that taking a risk on a smaller, fringier show can truly pay off. Violence and Son (Royal Court Upstairs) left us reeling — and excited to see more from playwright Gary Owen (book now his 2016 play at the National's Temporary Theatre). And after the runaway success of last year's Beyond Caring, The Yard Theatre continued to impress with Lines.