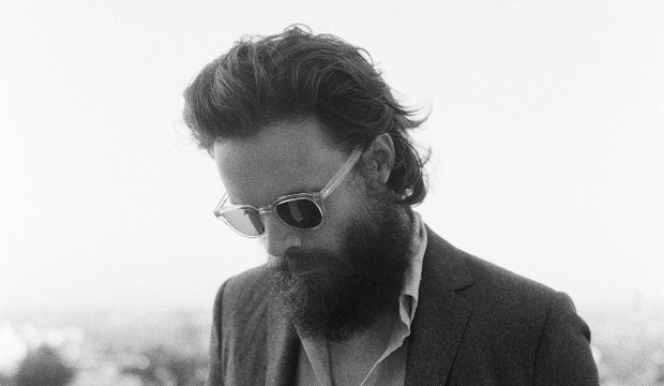 Father John Misty, Photograph: Emma Elizabeth Tillman
This year has seen its fair share of high profile album releases. Records were shattered as Adele’s 25 sold 800,000 copies in its first week, and Kendrick Lamar’s To Pimp A Butterfly notched up 9.6 million Spotify streams in one day alone.
So for our end of year musical round-up, we thought we’d turn our attention to some lesser known, but no less masterful, albums. From long-forgotten 60s psychadelia via internet-sampling techno-wizardry to harp-steeped beauty, here’s what we’ve been listening to this year.
Julia Holter – Have You In My Wilderness

Julia Holter makes pop music, but not as you know it. On Have You In My Wilderness, her baroque sensibilities find full expression. Harpsichord, violin and multi-layered vocals combine to create an album of easy grandeur that is both ornate and tender. Amidst these musical curlicues is woven a thread of cryptic images: rainfall in Mexico City, boxes laden with oranges, and vanishing silhouettes.

One of this year’s finest debuts, Music in Exile is a new take on Malian blues. After fleeing militias in the country’s north, the group came together in the capital of Bamako, hoping to preserve, and progress, traditional Songhai music. The guitar work is a big draw, recalling everything from Ali Farka Toure’s deft finger-picking to the urgent pulse of early twentieth century American blues.

The story of Scott Fagan’s South Atlantic Blues is one of this year’s more heartening musical tales. Released to precious little fanfare in 1968, the album was nearly lost to the winds of time. Fortunately, a 2015 reissue has righted this historical wrong, and brought the record its proper audience. A horn-soaked compendium of bittersweet psychedelic introspection, disillusionment has rarely sounded so pretty.

Jessica Pratt – On Your Own Love Again

Jessica Pratt’s music is made in much the same spirit as Scott Fagan’s. Listening to On Your Own Love Again , you have the sense of entering a private dream world. For all the instrumental sparseness of her arrangements, the experience of listening to Pratt’s music is one of dizzying richness. The disorienting touches are subtle but powerful: the sudden de-tuning of an acoustic guitar or the erratic squall of a vocal line are crucial to the album’s strange fabric.

Platform is a decidedly digital-age record. Sampling everything from the hum of computer components to the sound of online browsing, Herndon coaxes music from the stuff of contemporary life. At certain times, the result is overwhelming, recalling the cacophony of life online. At other times, it is magisterial, with bleeps, excerpts of speech and percussive layers combining in stunning orchestra.

The Acusticum pipe organ is not the most obvious choice of instrument for a contemporary musician. A behemoth construction, comprising nine thousand individual pipes, it seems to belong to a distant gothic past. The Miraculous sees Swedish prodigy Anna Von Hauswolff master the contraption, unleashing its potential for occult drama on songs whose titles read like phrases from long-forgotten, cobwebbed novella.

It’s tricky to make a lo-fi record stand out, but on Beach Music, Philadelphia songwriter Alex G does just that. There’s more than hint of ‘90s slacker-ism on display, but generous dashes of homespun peculiarity keep it from sounding derivative: not least striking is the singer’s tendency to alternate between pitch-shifted vocal personae. The result is one of the year’s most characterful and wonderfully off-kilter releases.

Named for Fela Kuti’s legendary Afrika ’70 ensemble, this Sao Paolo ten-piece play a distinctive kind of Afrobeat, drawing on the celebratory grooves of Columbian Cumbia music. While the album title might be prosaic, the music is anything but; the rhythmic vigour, and blaring horn section make III one of the year’s most thrilling and jubilant listens.

Father John Misty is a balladeer extraordinaire. Possessed of Leonard Cohen-esque candour, his tenderness is hard-won, emerging from beneath layers of bitterness, and wisecracking self-deprecation. This is soul-baring stuff, and the instrumentation is grand enough to lend each moment its proper theatricality, be it tragic or comic.

On her fifth album, Joanna Newsom's music is just as magical as it's ever been. Her harp playing remains preternaturally delicate, and her lyrics, squeaked out in signature soprano, are at the height of their poeticism; talk of jewels and oceans abound . As thoughtful in its arrangements as in its philosophic musings on mortality, this is a spectacularly realised record.