Behind the scenes: Charlie and the Chocolate Factory

We peeped backstage to explore the chocolate factory, learn more about the heroic Oompa-Loompas, and tuck into a Wonka bar 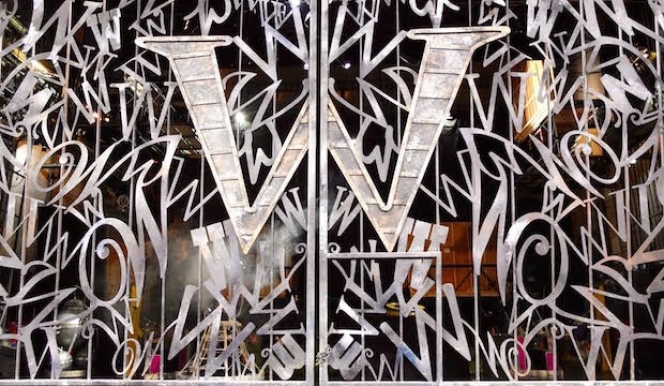 The mind-boggling spectacle of Roald Dahl's Charlie and the Chocolate Factory on stage makes it easy to suspend disbelief and get carried away into a world of pure imagination.

But there’s always the cynical grown up and the curious children that want to know exactly how it works.

After more than 1000 performances of the show so far and before the Christmas rush, we peeped into Willy Wonka’s chocolate factory and explored backstage to discover how Roald Dahl’s most inventive adventure is brought to life, from ground-breaking stagecraft to a heroic, tireless cast of Oompa-Loompas. 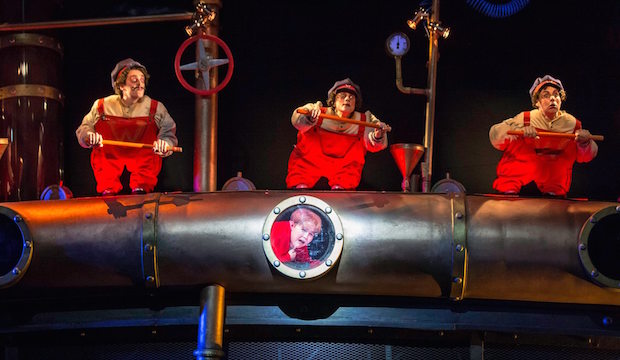 Normally, when you find out how something works, the magic fades. It turns out the technical foundations and little touches that build Roald Dahl's Charlie and the Chocolate Factory the musical are as imaginative and creative as Roald Dahl’s book.

The sheer scale of the production is astounding: it takes 70 tonnes of scenery and a team of 150 people to make this show happen night after night. Yet it's the tiny details, not even always visible to audiences, that capture the charm and wit of Dahl's original. 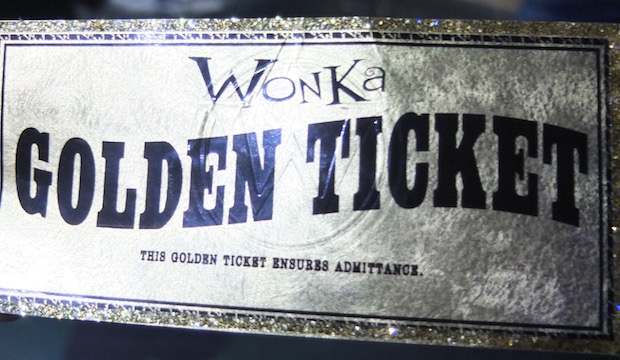 In a very Wonka-worthy splash of fun, each and every part of the set and props is branded with a ‘W’. The precious Golden Tickets are glittery, specially embossed with the W brand and even have the winner’s terms and conditions printed on the back.

The props cupboard is the stuff that sweet dreams are made of: piles and piles of Wonka Bars (milk, dark, even gluten-dairy-nut-free for child stars with allergies), sweeties to make the edible flowers and grass, copious chewing gum for Violet and even sausages for Augustus.
Setting the scene: stagecraft innovations 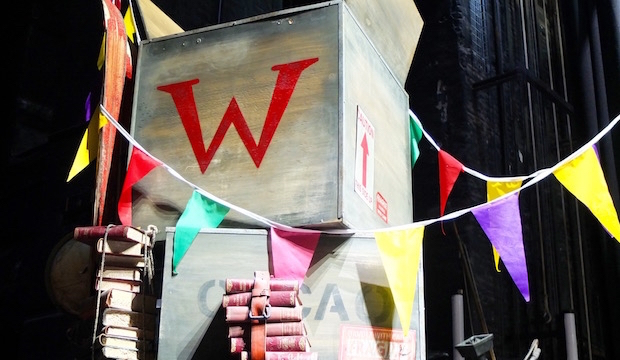 The biggest challenge of staying true to the book is creating the bonkers settings and distinctly dark sticky ends suffered by the ghastly Golden Ticket winners.

An accurate evocation of the book is at the heart of the production: Augustus Gloop gets sucked up the chocolate pipe ‘head first, like a torpedo’, exactly as Dahl describes, an increasingly blue Violet inflates at alarming speed, a pixellated Mike Teavee flits from screen to screen and, Veruca is declared a bad nut.

But, the stage manager explains, the staging for these different downfalls was designed to reflect the very different personalities of each child. The result is a second half with a staggering variety of sets and styles, from futuristic televisions to Nutcracker style giant squirrels.

The volume of different settings means it takes three hours to run through the technical check each day — a long time even by West End standards. 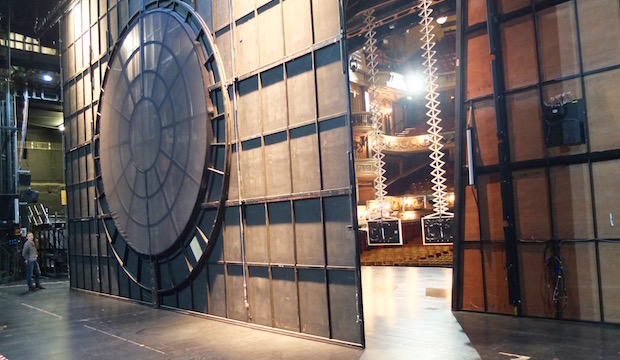 For all the jaw-dropping visuals, it is a simple, seamless moment that’s the most innovative part of the whole show. At the very beginning two giant piles of rubbish move and turn to reveal Charlie Bucket’s, shabby, ramshackle shack. It’s so subtle to watch you don’t think to question quite how it happens.

Normally when scenery shifts without stagehands pushing, it’s on tracks, so like a train, it’s restricted to straight lines. But the house scenery can move freely thanks to cutting edge laser technology inspired by Las Vegas. Like two very expensive remote controlled cars, the parts of scenery are controlled by a sci-fi-worthy combination of lasers and reflector strips.

This is the kind of cutting edge stuff you associate with labs, not theatres, and indeed the show could not happen without feats of engineering. As the only show in the West End using such technology, Charlie and the Chocolate Factory leads the way in the art of stagecraft.

It’s not all new-fangled technology, though. The moment that makes audiences gasp night after night, as little Charlie throws a paper aeroplane that floats over the auditorium, is delightfully simple — though we're sworn to secrecy. 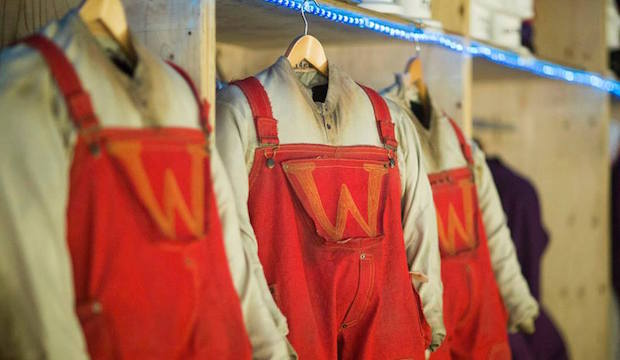 We were awestruck by the ever inventive costumes that transform fully grown actors into pint-sized Oompa-Loompas. Forget the tired old trick of walking on knees: Charlie and the Chocolate Factory is well-deserving of its Olivier for best costume design, and the wardrobe department is as innovative as you’d expect.

Our favourites, the Vidiots from Mike Teavee’s techno demise, make the ensemble look like one Oompa carrying another on his shoulders. The attention to detail in pulling this illusion off is even better up close. Perfectly duplicated orange boots, a deluge of shiny videot hats and an ample supply of blusher (to both skin and silicone) bring the doppelgängers to life. 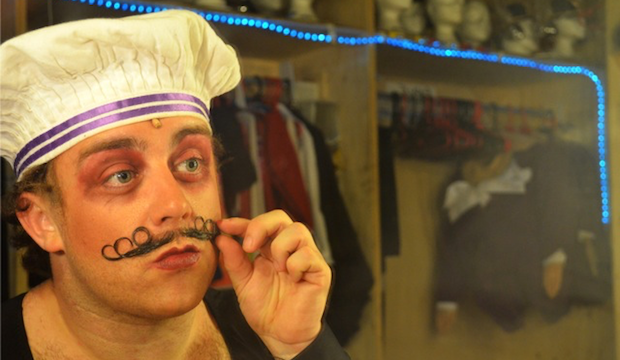 In production, when the lights go down, the strobes come up, exuding from every facet of each Videot's costume and the result is completely enchanting.

Then in the Disco-tastic 1970s style demise of Violet Beauregarde, the Oompa-Loompas prance around in towering platforms (pictured above), we suggest observing closely to see if you can solve the mysterious location of their feet. Get good seats, fix your eyes on those shoes and you might just suss them out… 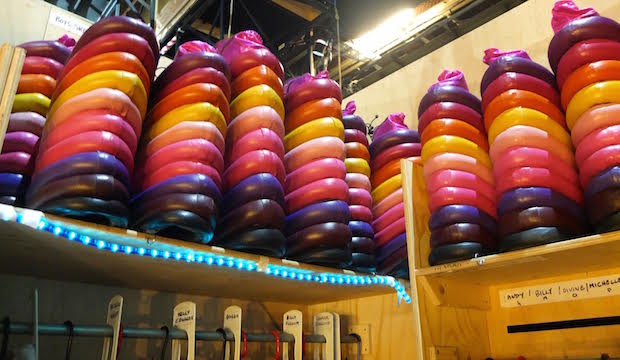