Author of powerful new play Cuttin' It, Charlene James tells us about giving FGM a face, not treading on eggshells and making theatre that makes a difference 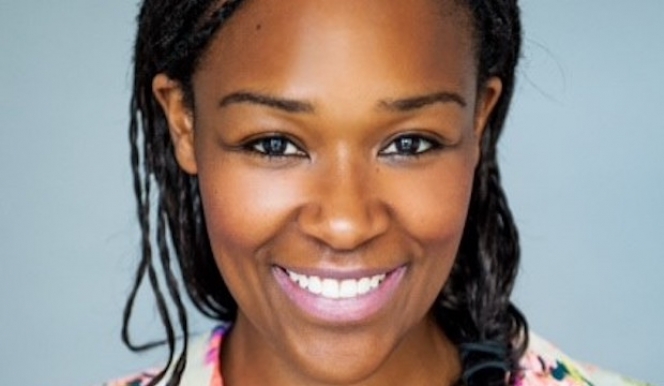 Playwright Charlene James
Those who dismiss theatre as mere light entertainment would not last long against actor, writer and activist Charlene James.

She's exposing one of contemporary society's most controversial issues in a new play that will be staged at the Young Vic, Royal Court, Yard Theatre and around the country.

Having trained at first her local drama school in Birmingham then at the Steppenwolf acting school in Chicago, she became increasingly interested in penning rather than performing plays.

She embarked on a fairly established route for fresh young writing talent — Royal Court’s Young Writers Programme, followed by the role of resident writer at first Theatre 503 then the Birmingham Rep – but something about Charlene James’ choice of subject matter made her stand out.

After a probing exploration of teen suicide Tweet Tweet at Birmingham Rep, she attracted national attention with a new play on an another urgent issue: F.G.M

As most of the newspaper-reading public know, F.G.M stands for female genital mutilation. It has been the subject of articles, petitions and campaigns. But in our clicktivism culture of constant exposure to innumerable issues, human rights abuses injustices, getting people to actually stop and take note is another challenge.

Inspiring those people to sit and watch the issue played out on stage for over an hour should be all the more challenging. But this playwright is leading the way for theatre that challenges, educates, shocks, inspires and – most potently – leaves its audience altered.

It hasn’t even been staged yet and already Cuttin’ It has won the kind of critical attention most playwrights pray for at premieres.

The Alfred Fagon trophy for best new play, the George Devine award for Most Promising Playwright and a BBC audio grant to make a radio play make up an impressive hoard, and create quite the buzz around the this bold new work.

And this is just the beginning. This month Cuttin’ It opens at the Young Vic before touring the country. We caught up with Charlene James to talk about making theatre that makes a difference. 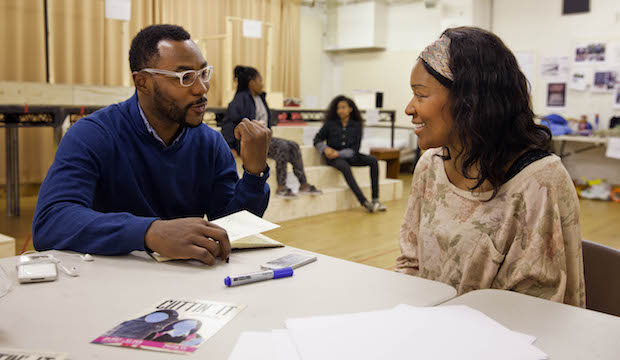 How did you first became aware of FGM as an issue?

I watched a documentary by Leyla Hussein called The Cruel Cut that was on Channel 4 a couple of years ago… I always thought I knew what FGM was … I watched that and was enlightened by it, by how many different types there were. This led me to do some research of my own for the play.

Is there a figure, fact or anecdote that particularly shocked you?

Facts are always changing. We don’t have statistics of children being cut here. If we had statistics, there would be prosecution. We do know that 60,000 girls are at risk in the UK alone. And another 60,000 girls are living with the lifelong consequences of FGM. 200 million worldwide. But these figures are constantly changing.

How did you research Cuttin' It?

It was a lot of reading articles, reading accounts; I watched some footage of actual cutting on little girls and those images will never ever leave my head. Of actual little girls being cut. I think once you’ve seen something like that you are compelled to do something about it.

I also worked in schools as a teacher assistant in Tower Hamlets so I did ask a couple of people. It’s a weird thing, because you do have to be cultural sensitive about approaching someone. You can’t just go “Have you been cut, can you tell me about it?”

It’s a difficult thing to talk about in a lot of ways. In the process of writing the play were you cautious about approaching these cultural sensitivities?

When you’re going into a community that’s not yours... You have to get that awareness out without saying to a community “you are wrong”

But, after seeing footage of these girls, you think well, actually, you have to put cultural sensitivity aside and do a duty of raising awareness. You can’t do that if you are closed-mouthed and stepping on eggshells. It’s about finding that balance.

It's strikingly not just an issues play. It’s an intimate story of two girls at school. Why did you explore it in this way?

Once I’d done the research and was FGM crazy, as it were, in my head, I was sharing facts. You can tell people… it’s devastating and they’re shocked but hearing these statistics and bombarding people with this information is too much.

It was about finding a way to raise the issue but also make you think of these people as human, as young girls.

I thought it was really important that we enter it through people we can relate to. We know what it might like to be a fifteen-year-old going through a fifteen-year-old’s problems… and then [the characters in this play] have got this extra problem too. 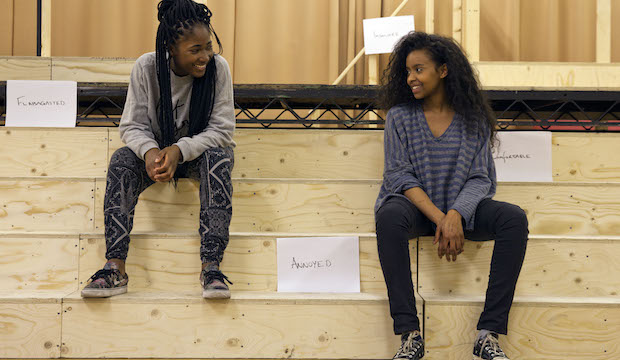 What do you think audiences can learn from a fictional account that they might not get from facts and news stories?

When people think of FGM they picture girls in Africa or faraway countries with flies around their eyes and it’s not: it’s happening here. It’s that eye-opening moment that it’s happening to girls in this country.

She could be your neighbour, she could be a child’s friend, someone you work with… These are girls that you know, that you speak to. They’re funny, they have other issues, they’re living here. I think it’s about making it more personal, actually making it an individual story so we can follow one girl and see a face, and not just an issue.

How do you think theatre has the power to effect change with an issue like this?

The thing about theatre, fighting as it is against video games and television... There’s something about bringing people into a room together and experiencing something live.

It does entertain but I think also theatre has the ability to bring audiences in and shock and inform in a way that no other medium can. That’s what I love about theatre- that live moment where we can share these stories and talk about them afterward.

People are going to come out of Cuttin’’ It feeling affected and wanting to do something. How can they help the issue?

Did you ever worry it was too provocative to get staged?

I didn’t. I was always told to write the play that’s in your heart, write your passion. If people turned around and say it’s too much of a risk, well theatre’s the one place where you shouldn’t have those bars.

There’s a balance in the play, it’s not all doom and gloom, not all “this is wrong, this is wrong”. We see the life of a girl we can relate to- and at times it’s humorous.

How does it feel knowing lots of people will see this?

When the Young Vic was interested it was brilliant. I know there as an FGM affected population near Southwark and it was great to have it there. It’s at the Royal Court, the other end of London, too.

I think it’s also important to have regional theatre too. There’s a divide between London the regions. I’m Birmingham born and raised and I’m fortunate it’s gone there to The Rep [Repertory Theatre] and Sheffield too. It’s important that as many people see it, hear about it.

It’s one of those plays that you want everyone to get out and hear.


Cuttin’ It by Charlene James plays at the Young Vic 20 May – 11 June. Tickets www.youngvic.org The production will then play at Birmingham Repertory Theatre, the Royal Court Theatre, Latitude Festival, Sheffield Crucible and The Yard.