Interview, Simon Callow: 'Shakespeare provided us with the best account of what it is to be human'

To celebrate Shakespeare 400, Simon Callow dicusses his personal highlights of the bard, the limitless potential of the plays, and his favourite Shakespearean word 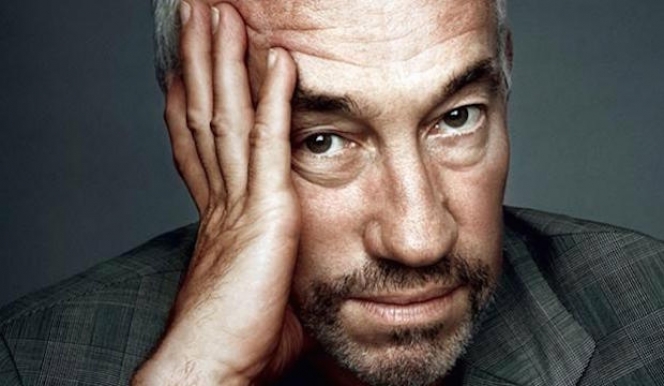 ‘I was at school in the country. my mother was the school secretary… My education was in the hands of the head mistress’s wife, a very hirsute woman’.

It was there, he explains, that he got his first taste of Shakespeare. Not in a diluted, child friendly production, but through the unadulterated drama and gore of Macbeth.

Since then he has acted, directed and written his way to becoming a true authority on all things Shakespeare. His polymathic talents span big screen blockbusters such as Four Weddings and Funeral, literary biographies, and most recently a three-volume study of Orson Welles, along with some of our finest classical stage acting.

Where does he feel most at home? ‘Whatever I’m not doing is the thing that I wish I was doing,’ Callow laughs. ‘Writing was my first love’ but then ‘ acting, the whole idea of communicating with an audience’ is just as thrilling.

His stage highlight is, emphatically, ‘playing Sir John Falstaff — it was sort of my life’s ambition. I even wrote a book about him.’

Yet this ambition is still not fully realised. Callow played Falstaff in ‘different versions of’ Shakespeare’s history plays': Orson Welles’s Chimes at Midnight and Merry Wives of Windsor the Musical, opposite Judi Dench as Mistress Quickly.

‘I've never played Falstaff in Henry IV parts I and II, but I still long to’ (we can’t be the only theatre fans getting excited at the very prospect). 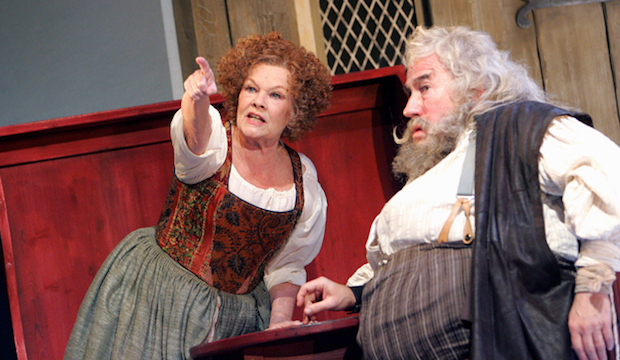 Now, as the nation gears up for this weekend’s Shakespeare 400 celebrations marking four centuries since his death, Callow is effusive about the ‘limitless’ inspiration still offered by the drama and verse: ‘Shakespeare’s legacy is that he provided us with the best account of what it is to be human'.

When we asked him to share a particular moment from Shakespeare’s writing that feels timeless, we expected one of the famous, oft-quoted speeches studied in school and printed on mugs.

But, without any hesitation, Callow cites a lesser known moment from As You Like It, just before Jaques’s familiar ‘All the world’s a stage’ speech.

‘The exiled duke says: ‘Thou seest we are not all alone unhappy’ and that single phrase seems to sum up the whole purpose of the theatre,’ Callow explains. 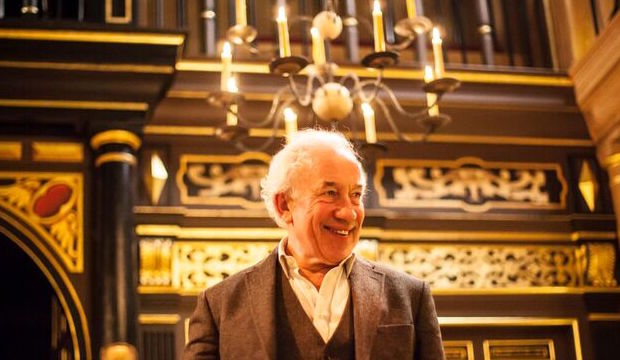 Simon Callow at The Globe, photo courtesy of London & Partners

While it's common knowledge that the language we use today is indebted to Shakespeare (he coined an estimated 1700 words), what about all the out-dated terms?

Callow’s favourite, the one Shakespearean word he would like to revive in modern speech, comes from Macbeth.

Murderous Macbeth is talking about how he is so steeped in blood: ‘this my hand will rather/ The multitudinous seas incarnadine’

‘Incarnadine is a verb… if ever you want to talk about making something red it’s the word to use,' Callow explains.

There’s more to Shakespeare than traditional language and ruffs though, and much of Callow’s delight in the writing is its capacity for reinvention and fresh interpretations.

He remembers the excitement of seeing Shakespeare made modern on stage: ‘It was back in 1970, I saw a very, very extraordinary production of A Midsummer Night’s Dream directed by Peter Brook’. He recalls how previously the comedy had always been staged with ‘fairy, magic, never never land’ lightness.

‘Then Peter Brook dazzlingly set it all in a great big white box. Titania had these great red feathers and the fairies were lumpen weights’. Circus skills and acrobatics imbued ‘an incredible physical vitality and the whole play was transformed into ‘a great big gymnasium of art — so joyous, so inventive’ 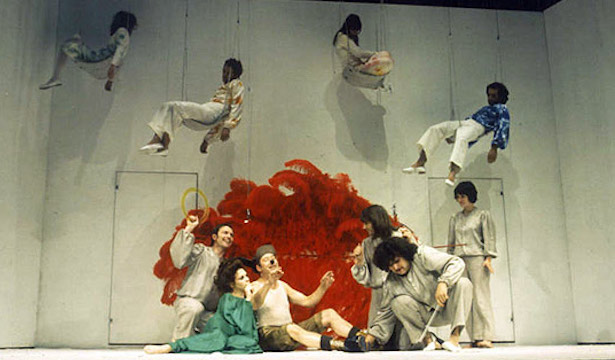 But he's under no illusions that innovation has reached its peak. Callow looks back to a time when people predicted that we’d stop doing Shakespeare, run out of ideas, and gleefully dismisses such notions: ‘Shakespeare is provoking new ideas’.

‘All over the country people are doing exciting things with Shakespeare.’ He lists the Globe, the RSC in Stratford-Upon-Avon, the Tobacco Factory Theatre in Bristol as just some of the places proving that there's still plenty to be gained from staging the same plays.

He’s unwavering in his certainty that Shakespeare now is as pertinent as ever, offering ‘limitlessly interesting, limitlessly rich’ opportunities to the next generation of actors, writers and directors.

And to celebrate this Saturday, on Shakespeare's birthday, Callow will be demonstrating just such creative richness. He's celebrating Shakespeare 400 by 'directing a huge concert for the London Philharmonic Orchestra featuring 12 fantastic singer and two actors (Dominic West and Anna Chancellor)'.

'We're trying to create a sense of the relationship between the playwright and the composers - to show their response to his fathomless humanity, as they reach out to the furthest limits of his matchless imagination.'

Simon Callow directs Shakespeare at 400 Gala Concert on Saturday 23 April and is celebrating the bard's legacy as part of the Fans of London campaign.