Ahead of the world premiere of the Royal Court's Lela & Co., playwright Cordelia Lynn tells us about stories, muddling the monologue form and juggling a day job 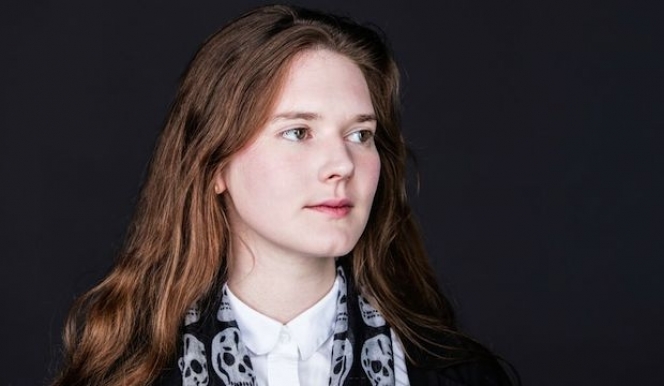 Playwright Cordelia Lynn
True to the Royal Court’s reputation for nurturing the very freshest of new writers and defying the rut of established male authors and directors, the new season opens with the world premiere from a little-known playwright.

Lela & Co is the most ambiguous prospect of the season, and stands out for having a team of young, up-and-coming female creatives.

Ahead of previews and press night, we got the inside scoop from the writer Cordelia Lynn.

At 26 and with just one London play under her belt (Believers Anonymous, Rosemary Branch Theatre, 2012) Lynn is remarkably eloquent, ambitious and brimming with ideas about this Royal Court debut. But the enthusiasm is undercut by dashes of droll self-deprecation.
“All that education must be in there somewhere”, she quips, when talking about the formal and thematic influences that shaped Lela & Co.

While studying English Literature at Bristol she wrote profusely - "prose and only prose" - until, she explains, “I had this idea for something and I couldn’t make it work in my head… and then I realised that the reason it didn’t work was it was a play and not a novel”.
“I actually never ended up writing that play” she laughs, adding that it did inspire her to pen some drama while at university.

Next came the academia of a Modern Literature Masters at UCL, which she did alongside the Royal Court Young Writers Programme.
This break came thanks to tenacity: “I sent 400 emails to Chris Campbell [the literary manager of the Royal Court] and it’s a testimony to how serious about genuinely seeking out new theatre the Royal Court is that he got on his bike and came all the way across London to a pub theatre without knowing anything about me and watched my play".

After a few years of writing, putting nothing on, filling evenings with theatre trips and getting a day job as a PA, the seeds of Lela & Co came “completely out of the blue”.

Impressed with Lynn’s writing online, 1989 Production Company contacted her with the idea for a play.
“They told me this story, and asked if I would be interesting in writing it” she explains. The story itself, still shrouded in mystery, is a true account of one girl’s experience of war.

“I said yep, absolutely, with the caveat that I can do it however I want because I’m not very skilled at things like verbatim theatre or writing to very strict limitations.”

After lots of research reading others’ stories and studying the historical context of her subject, Lynn wrote Lela & Co in a matter of months in snatches of time between work.

Lela & Co: story of a girl in a tiny world 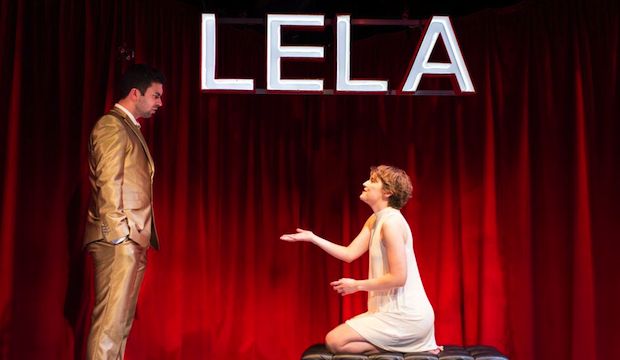 “First and foremost it’s a piece of fiction” she says when asked about the presentation of real events. "It’s about a person trying to tell a story, but she is unable to tell this story because she keeps getting interrupted or undermined”.
This sense of being silenced was a recurring theme across her research and is echoed in both the narrative and form of the play.
“I chose to write it as a monologue and that seemed really right… it’s a person trying tell a story, she needs to tell her story. Of course it should be a monologue but… there’s this other figure…”

Indeed it’s a cast of two. The monologue is corrupted to reflect the conflict and tension at the heart of the story: “The play is like a battle between two people, one of them is trying to re-master the narrative”, Lynn explains, straddling the role of writer and literary critic.
The biggest challenge was making Lela real. “I had the story and the structure and I knew what I wanted to do with it formally but I was quite stuck; you really can’t write a monologue unless you’ve got someone’s voice.”

“Then suddenly, as I was reading Angela Carter in the evenings to take my mind off it, everything clicked. I thought: of course she can speak in this quite baroque and poetric and lyrical and excitable way.”

So, with the binding agent of Carter’s potent narrative voices, the resultant monologue unravels a story of war, oppression, sex trafficking through language that flits from colloquial naivety to sharp wit.

Despite the creativity and moments of comedy in her version of the story, Lynn does admit to feeling “ethically troubled” by the politics and violence so inherent to this story and wary of "the danger of voyeurism”.

“I have written it in such a way that there never has to be any violence committed against this woman and that was very important to me” she explains, troubled by the relationship between real life conflict and entertainment.

It’s not violence on stage that she’s against (Dennis Kelly and Sarah Kane are among her favourite writers), but something about the initimacy and tone of this tale made it jar for Lynn.

“I knew that the play could be horrifying and shocking and upsetting – and all those things you can get out of visual violence, without actually showing it…” she explains. “I want the audience to leave and think there are things happening that I don’t see -- maybe because I don’t want to see”. 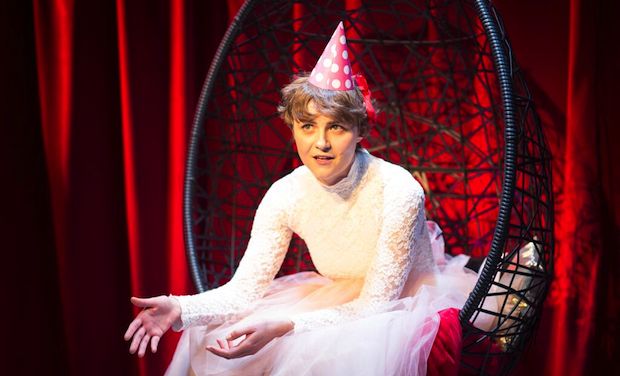 While Lynn is assured about her role as writer, premiering a play at London’s foremost new writing theatre is strange new territory. She’s effusive about the nurturing environment of the Royal Court, describing how she has been introduced to fellow writers to help carve out a place in the theatre community. She has been involved across the whole production: the publicity poster changed from pink to black at her request ("It looked too girly", she explains).

But she admits that it’s still sinking in. “The whole experience is bizarre… I feel quite childlike… I feel like a five year old and like I want to do something naughty all the time… I haven’t got used to it to be honest -- maybe you don’t..."

What next? Lynn's already written another play and got an agent. The hope is to quit the day job and have more time to write. But she's also cautious to think too far ahead: "people talk about hot new playwrights and big breaks and hitting the big time… and I think that kind of dialogue can be quite damaging. I’m glad I’m 26. Cause I know that’s still quite young but I have been writing for years so I feel a bit more ready."