On the tenth anniversary of his death, we pick our favourite moments from the actor's oeuvre 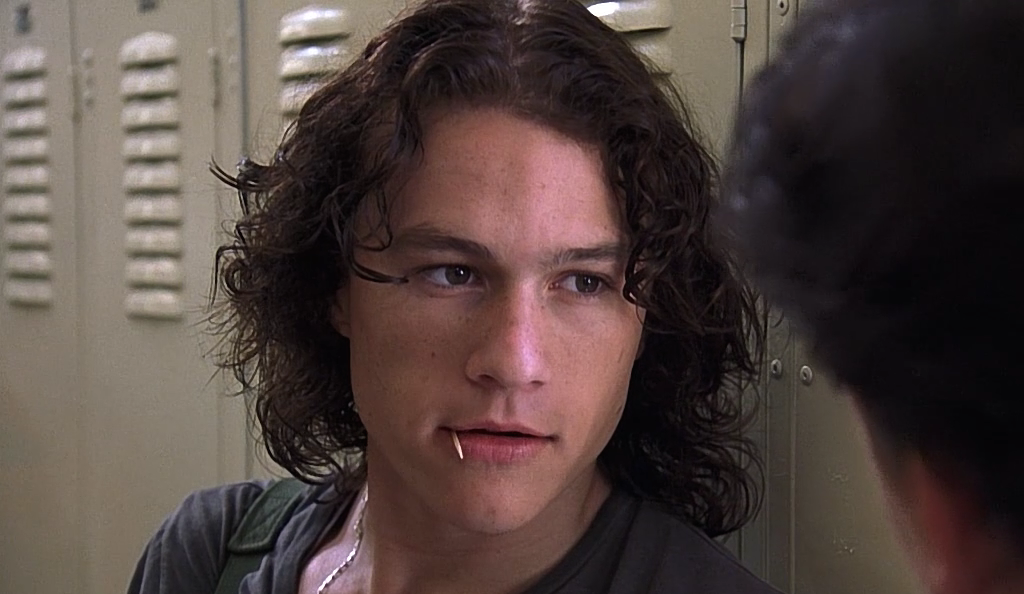 I Am Heath Ledger documentary
'There were always cameras around,' says model Christina Cauchi in I Am Heath Ledger, the new documentary about the celebrated and much-missed actor who died in 2008. Ledger, as shown in the film's trailer, was always filming – himself, others, and the world around him – which means that I Am Heath Ledger should reveal another, more intimate side to the gorgeous Australian.

This makes the doc enormously appealing for anyone (i.e. us) who fell in love with Ledger through his movies. After you've watched the trailer below (the film only has a US release date so far – we'll let you know when that changes), check out our list of choice Heath Ledger's most irresistible performances.

Ah, you knew this was coming. You knew, as soon as you clicked here, that this list would begin with Heath singing 'Can't Take My Eyes Off You' on the bleachers in 10 Things I Hate About You. And despite knowing the scene backwards – despite having forms to fill and deadlines to meet and novels to write – you clicked anyway. And that's OK! Because there's something fundamentally soothing to the soul about being serenaded by Heath Ledger, on an American high-school football pitch, in 1999.

It was exactly Ledger's heartthrob status, based on such films as 10 Things I Hate About You, that made his casting in The Dark Knight so inspired. As the malevolent Joker, Ledger was still a long-haired bad boy in a loose-fitting jacket, but now his smile was a little too wide... He steals The Dark Knight from Christian Bale's Batman and never gives it back. He's so good that it doesn't even matter that he'll be chiefly remembered for playing a comic-book villain.

Ang Lee's adaptation of Annie Proulx's short story had to compensate for the absence of the lyrical prose somehow, and the solution was to cast Ledger, a committed and sincere actor who sold us the cowboy love story like no one else could.

Look, we're really sorry to hit you with this right after the Brokeback scene, but maybe a one-two punch of heartbreaking Heath Ledger moments is the best way to get in the mood for the upcoming documentary. Because if you cry most of the liquid out of your body now, you might avoid a dangerously sudden dehydrating weep later.

The Imaginarium of Doctor Parnassus (2009)

The Imaginarium of Doctor Parnassus was Ledger's final film, released after he'd died. He hadn't finished filming all of his scenes, but the fantastical nature of the film meant that director Terry Gilliam could use other actors to play Ledger's role – the seductive, slippery Tony – without compromising consistency. What Gilliam ended up demonstrating was that neither Colin Farrell, Johnny Depp, or Jude Law have half the charm and watchability of Heath Ledger.