The best films 2016 still has to offer

As the weather cools the cinema schedule is heating up with some surprisingly good films out later this year: here we select the upcoming film releases that shouldn't be missed 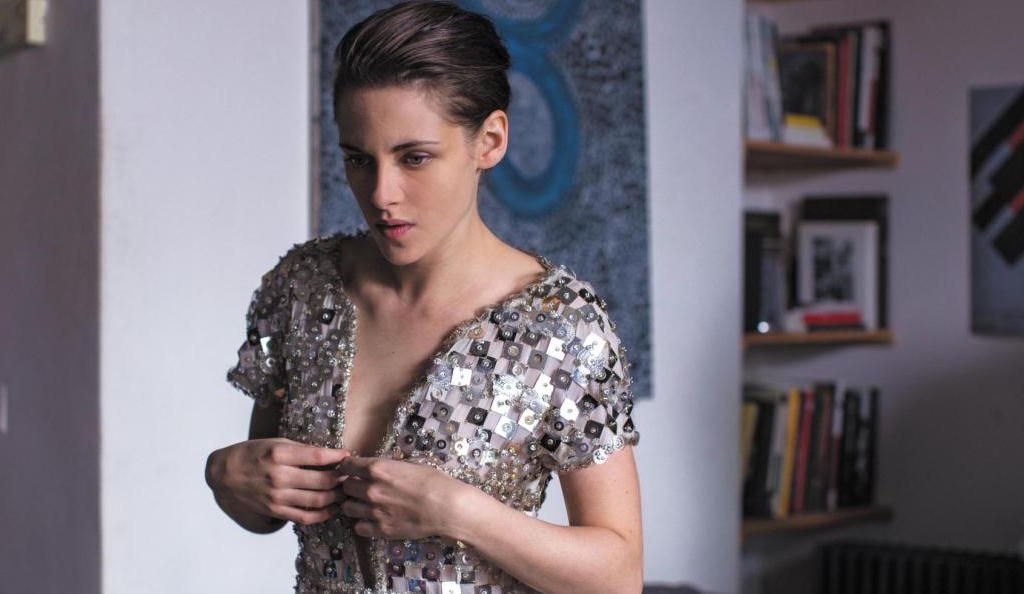 Kristen Stewart: Personal Shopper film still
Autumn may be fast approaching, but with best-selling book adaptations and a new Marvel film, 2016 still has plenty more to offer as far as films are concerned.

TRY CULTURE WHISPER
Receive free tickets & insider tips to unlock the best of London — direct to your inbox
It seems that as the nights grow darker, so will the films. Daniel Radcliffe takes on neo-Nazis, Ang Lee directs a film about war, and mutant children are experimented upon – but don't let that put you off. These films look juicy, exciting, and strange. And for those of you wanting some light relief, we've found a film that stars talking wolves cooing over babies; what more could a film fan ask for?Hell or High Water – UK release date 9 September

A post-recession western in which two hard-up brothers take to robbing banks to make ends meet, Hell or High Water looks set to mix traditional rootin' tootin' fun with some timely social commentary. Ben Foster and Chris Pine play the brothers with the bad attitude and the good genes (respectively), with Jeff Bridges turning in a cowboy performance every bit as entertaining, authentic, and incomprehensibly grumbly as his turn in True Grit.

In the next film by Ron Howard – new documentary The Beatles: Eight Days a Week – movie footage from behind the scenes, much of it rare or previously unseen, shows a different side to the fab four. The film focuses on the Beatles at the height of Beatlemania, on its effect on the fab four, and their resultant change of image, but also promises plenty of light hearted buffoonery; Lennon imitating Elvis Presley is especially amusing.

Bridget Jones is the quintessential late-'90s early-'00s gal, so how is she going to survive in 2016? Cigarettes and diaries are both electronic now, and the workplace is infested with dreadful, overly-ambitious Millennials who frown at the idea of a lunchtime bottle of Chardonnay (partly because Bridget herself made Chardonnay seem like the wine of choice for tragic singletons). However poor old Bridg' does, this sequel should do just swimmingly: it's written by Helen Fielding (who wrote the original novel), David Nicholls (who wrote One Day), and Emma Thompson. Emma bloody Thompson! Bridget Jones's Baby is going to be so English. Even Patrick Dempsey's Hugh Grant impression is looking pretty on point.

Forget Death Eaters: Harry Potter's Daniel Radcliffe has bigger fish to fry in the form of white supremacist terrorists in this thriller by director Daniel Ragussis. Playing an undercover FBI agent infiltrating a group attempting to make a dirty bomb (a group of Slytherins if ever we saw one), he looks surprisingly good in the role as his character tries to stay close to his principles without blowing his cover. Inspired by true events, expect it to be the kind of tense that makes your face hurt.

The Girl With All The Gifts – UK release date 23 September

Adapted from M.R. Carey's novel (itself adapted from his short story Iphigenia In Aulis), prepare for a dystopian zombie film that does interesting things with the genre's tropes: expect complex relationships between humans and the undead (à la Warm Bodies) as well as the wide-scale apocalyptic panic akin to 28 Days Later. Gemma Arterton and Glenn Close, two survivors of the zombie fungus threatening to wipe out the human race, clash over the treatment of the children immune to the disease's effects. The Girl With All The Gifts should be bloody thoughtful as well as just, well, bloody.

The Girl on the Train – UK release date 7 October

In 2014 we had Gone Girl, a tense psychological quasi-feminist mystery-thriller based on a best-selling novel. This year we have The Girl on the Train, a tense psychological (possibly) quasi-feminist mystery-thriller based on a best-selling novel. The Girl in question is no longer Gone, you'll have noted with some relief: she has been located, with some certainty, on a Train. (Does she have any Gifts, though? Have they been taken by The Girl with All the Gifts?) She's also played by Emily Blunt this time around, who looks a teensy bit more confused and mentally shattered than Rosamund Pike did in Gone. Otherwise, expect something similar in terms of plot-twists, indictments of the institution of marriage, and a fashionably sombre cinematography palette. And if you've already read the book, keep quiet about the ending.

'Kids' films these days have a knack for offering more for adults, and we expect this to be the case with Storks. Much like animated favourites Shrek or Up it promises anthropomorphism, delivering humorous high jinx among humans, storks, and wolves alike. Andy Samberg (Lonely Island, Brooklyn Nine-Nine) voices the main stork Junior, while Jennifer Aniston and Ty Burrell (Modern Family) provide the voices for Mr and Mrs Gardner. Kelsey Grammar will also provide his incomparably smooth growls.

When fandoms come together, excitement and expectation increase exponentially. Predictably, then, creating a Benedict Cumberbatch Marvel movie (given his Star Trek, Sherlock and The Hobbit credentials) was guaranteed to cause hype. For the franchise's latest, Cumberbatch takes on the role of Dr Steven Strange, a conceited surgeon mentored by sorceress the Ancient One (Tilda Swinton) to help fight evil and save the world. Despite controversy over Swinton's casting – which has been considered whitewashing – Marvel will almost certainly deliver yet another box office hit. Plus it has the most villainy villain you could ask for: the wonderfully eerie Mads Mikkelsen.

Kristen Stewart stars in this Parisian ghost story thriller, 'uncatagorisable' in genre, in which high fashion meets the occult. Though reviews were mixed and it was even booed at Cannes, it has also won praise too, receiving a standing ovation over four minutes long at its official premier.

Ewan McGregor, Jennifer Connelly and Dakota Fanning glide wordlessly through this haunting trailer for the cinematic adaption of Phillip Roth's Pulitzer prize-winning novel of the same name. The film tracks the gradual deterioration of perfect suburban life in post-war America as a couple slowly, painfully, unravels at the seams after their teenage daughter commits an act of political terrorism at the age of 16 to protest the Vietnam War. It marks McGregor's directorial debut, and is an ambitious project, given the difficulty of previous attempts to transform Roth's novels for the silver screen. If he succeeds in doing the novel justice, however, it is going to be brilliant.

Another literary adaptation, this time from Ben Fountain's brilliant debut novel exploring the public image of war. It's the latest project from director Ang Lee (Life of Pi) and tracks the return from war of a heroic army section, with a slow reveal as to what really transpired on the battlefield. Don't be fooled into thinking that this will be another saccharine attempt to sentimentalise war: its purpose is to unravel that narrative. It might just be that rare film that equals or betters the book it's based on, but maybe read Fountain's novel first, just in case.

Just look at Eddie Redmayne in the trailer for Fantastic Beasts. Just look at him. Look at his freckles. Look at his big nervous eyes. He will absolutely be the most adorable thing in a film chockablock with all manner of cute CGI monsters. In this JK Rowling-scripted addition to the Harry Potter universe, Redmayne plays Newt Scamander, a very English, Eddie Redmayne-like wizard who's something of a Lobalug out of water (look it up) in New York. Colin Farrell also stars, underneath a hairdo of immaculate hipster credentials.

Dwayne 'The Rock' Johnson has the kind of star presence that is fairly unusual for ex-wrestlers. Ever since he turned his (huge, meaty) hand to acting, he's used his blindingly white grin to up the wattage of even the most rote B-movie: Hercules, San Andreas, and Central Intelligence were powered solely by his nuclear-reactor of cheeriness. He's an unstoppable force of relentless bonhomie, and his voice talents in Moana will be reason enough to see the film even if it turns out to be bad. Which it almost certainly won't – Disney looks set to continue its second renaissance and follow up Tangled and Frozen with another witty, song-driven, high-pixel-count charmer. Following a girl from the South Pacific who teams up with a demi-god (Johnson), Moana also stars Jermaine Clement (the best thing in The BFG) as 'a villainous 50-foot crab'. Yes, we'll see you there.

Disney's modus operandi is now: we heard you like Star Wars, so we put Star Wars on your Star Wars. Rogue One: A Star Wars Story is just the first of many such stories, stories that don't advance the new trilogy (which started with The Force Awakens, but which will replicate eternally until we actually all live in space) but rather follow plot tendrils that would otherwise be the remit of fan fiction, 'expanded universe' novellas, and the wistful daydreams of harmless obsessives. Rogue One, the most imminent attempt by Disney to geekify the world, follows Jyn Erso (Felicity Jones) in her mission to set up the plot for A New Hope (the 'original' Star Wars movie). As fatigued as you might be by the onslaught of Star Wars, you know you're going to see the film, and you know you're going to enjoy it. Give in to the Dark Side!