Fantastic Beasts and Where to Find Them film review ★★★★★

J. K. Rowling's Fantastic Beasts and Where to Find Them book started as a novelty paperback. Now it's a big-screen extravaganza starring Eddie Redmayne (Hufflepuff house-member and Oscar-winner)

Once you've reread the books, rewatched the films, listened to the audiobooks so often that you start to think in Stephen Fry's voice, gone on the Warner Bros studio tour and chosen a wand (although 'the wand chooses the wizard'), seen Harry Potter and the Cursed Child onstage (if you're lucky) or just read the screenplay (if you're not), what is there left to do?

Perhaps you've been surviving on a thin diet of fan-fiction, perhaps even writing it, stories in which you star as a young witch or wizard who saves Harry Potter's life with an obscure potion and are gratefully invited to join Dumbledore's Army (published under 'culturewizard89', if you're interested)? Perhaps you've been living in the cupboard under the stairs, or the one under your parents' stairs if there's no under-stair cupboard in your flat? Perhaps you've been practising your Parseltongue in the Reptile House at London Zoo (until you were banned for scaring children)?

Perhaps, then, you'll be as relieved as us at the release of Fantastic Beasts (it's not very comfortable under the stairs, is it? There are too many mops and torch batteries). In which case the film will need no introduction.

But here's a quick breakdown for the relatively uninitiated: for Comic Relief, J. K. Rowling wrote a couple of books spun-off from her phenomenally successful Harry Potter series. One of these books was Fantastic Beasts and Where to Find Them, purportedly one of Harry's school textbooks, and Rowling has written a film about the textbook's 'author', magizoologist Newt Scamander, and his adventures leading up to his authorship of said textbook. Set in 1926 (the Potter books were set in the '90s), it's kind of a prequel but not really. All up to speed? Good. 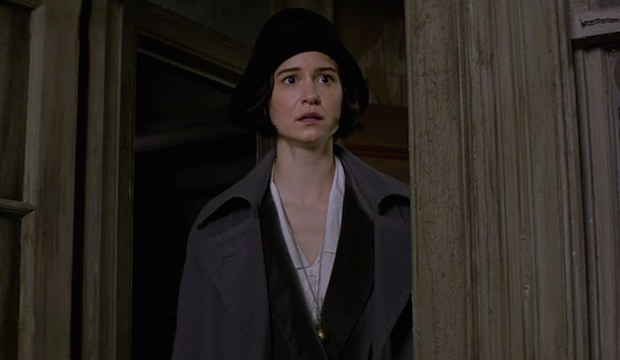 Newt (played with soft fluttery diffidence by Eddie Redmayne) arrives in New York with a Mary Poppins-type suitcase full of fantastic beasts. He has his own reasons for being in America, but these take a back seat when a series of screwball mishaps mean his portable zoo gets opened, Pandora-like, and all kinds of supernatural wildlife come fireworking out into the unsuspecting city.

Not entirely unsuspecting, it turns out: there are anti-magic contingencies soapboxing for a 'second Salem', and the brusque NY wizarding officials are getting antsy. It's into this factional tension that Newt's animals escape, causing massive CGI havoc and escalating paranoia on all sides. With the help of former-ministry-agent-cum-flapper Tina (Katherine Waterston) and accidentally-involved factory-employee Jacob (Dan Fogler), Newt has to round up his collection before it's too late. 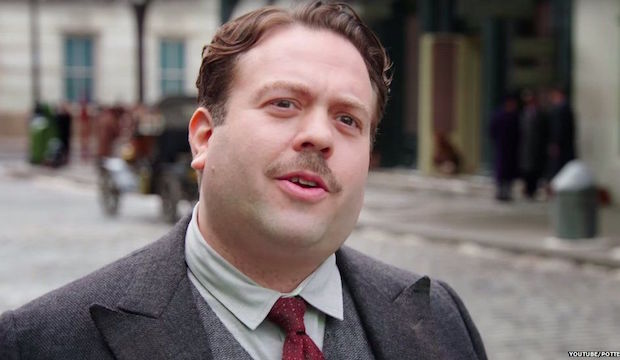 The chronology gap between the film and the Harry Potter series might look wide enough to negate any need for previous knowledge, but J.K. has no time to waste on muggles (or 'no-majs', as non-wizards are known stateside). Whereas the Potter books drew the reader into a strange world through the eyes of a neophyte, Fantastic Beasts presupposes some understanding of the mechanics of magic and the history of the wizarding world. Jacob is an outsider, but this makes him a figure of fun; the audience are supposed to be insiders, privy to inside jokes, getting a deeper look at the lore of this universe.

Sometimes this is enough to make you wish Rowling had written FBWTFT as a book instead – there are subplots and plot-holes that could have been fleshed-out and filled-in with pages of exposition, and sometimes the film struggles to fit everything in – but then the comedy and drama wouldn't have been so visual and immediate, and the beasts might not have been so fantastic.

As it is, Fantastic Beasts and Where to Find Them is semi-satisfying for the die-hard Potterheads and probably a little bewildering for the no-majs, but is sprung with so much enthusiasm and bolstered with so many special-effects and gags that it should bring the magical and non-magical communities into something like harmony.